All of the honorees were chosen via a college-wide nomination process and are being honored for their leadership, professional achievement, outstanding character, and contributions to the university and our community. The Friend of the College Award recognizes individuals or organizations for their meritorious service on behalf of the quality and advancement of the UAB College of Arts and Sciences. 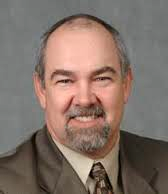 Russell Clay McDonald. Russell Clay McDonald
McDonald received his BA and MA in English from UAB in 1985 and 1989, respectively, and then went on to complete a MLIS (Library and Information Studies) degree from the University of California, Berkley, in 1992. After a distinguished academic career at UAB, in which he proved himself adept at understanding challenging languages, including the Old English of Beowulf and the dense syntax of James Joyce, McDonald learned the new languages of information science and technology, helping libraries across the county transition from old-fashioned card catalogs to computerized databases via his employer, Innovative Interfaces, Inc. Within just a few years, McDonald became director of Sales in North America for Interfaces, Inc., leading the company with more than $7.5 million in signed contracts. From there, he held senior positions at Elsevier Science, Ex Libris, and iPost, where he was CEO. Today, as an independent consultant, he remains on the forefront of technological change in higher education and information technology. 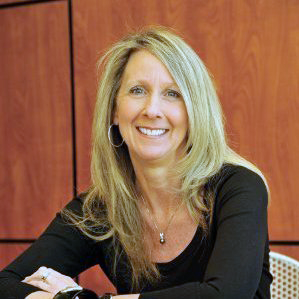 Debbie Jo Severin. Debbie Jo Severin
Severin graduated with a BS and MS in Mathematics from UAB in 1981 and 1983, respectively, and has crafted an impressive career in marketing, brand awareness, and strategic planning in the ensuing three decades. Currently the Vice President of Marketing for 8X8, Inc., Severin directs the marketing and lead generation initiatives for the $130 million publicly traded company, which has a focus on cloud-based telephony, unified communications, and video services. Prior to her executive position at 8X8, she was Vice President of Marketing at a number of Silicon Valley companies, including Valiant Networks, Northpoint Communications, and Pacific Bell/Primeone-Tele-TV. Severin began her career as a market research manager at BellSouth Telecommunications in Birmingham. As a student, she was a Miss UAB Scholarship recipient, and as an alumna is an active member of the National Alumni Society and serves on the College of Arts and Sciences Leadership Council. 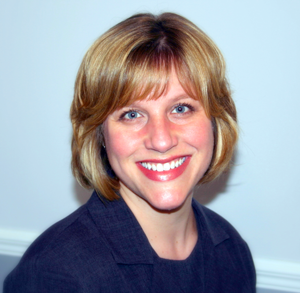 Leanne Cianfrini. Dr. Cianfrini graduated from UAB with an MA in Psychology in 2002, and a PhD in Clinical Psychology in 2004. After UAB, she completed Pre- and Post-Doctoral Fellowships (Health Psychology and Pain Psychology) from the University of Florida Health Sciences Center. Today, she is a clinical/medical psychologist at the Doleys Clinic/Pain and Rehabilitation Center in Birmingham. As Program Director of the clinic, she coordinates community workshops and develops unique evidence-based interdisciplinary programs for clinic outpatients. She is an Adjunct Professor at UAB and teaches graduate courses in medical psychology. She has received the President's Award for Excellence in Pain from the Southern Pain Society (2008), was an Exchange Intern at the University of Oxford (2004), received a Merit Fellowship from UAB (2003), and a Preceptorship from the American College of Rheumatology Research and Education Foundation (2002). 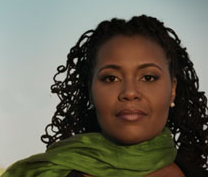 Friend of the College of Arts and Sciences

Bruker Corporation has been a long-time partner with UAB. Throughout the years, Bruker and its many divisions has worked with various departments across the university, including the UAB School of Medicine’s Department of Biochemistry and the College of Arts and Sciences’ Department of Chemistry to foster novel research and drug discovery. Thanks to Bruker’s continued support, last year we brought to campus the largest and most advanced Nuclear Magnetic Resonance (NMR) facility in the state of Alabama and among the South’s best.

The NMR facility brings together researchers across the UAB campus and represents the true interdisciplinary spirit that is hallmark of our organization. Together, we have established a state-of-the-art research facility that serves not only the scientific community at UAB, but also researchers and businesses in the Birmingham community and beyond.