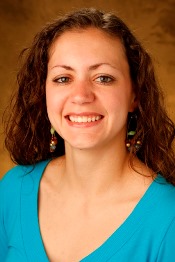 Mariana Rodríguez loved her International Studies (ITS) classes and teachers so much that she went on to receive a PhD in Political Science from Vanderbilt University in 2013. Those classes, especially the advanced ones, were fundamental in preparing her for grad school. “They provided similarly challenging curricula as the graduate level courses I took at Vanderbilt.”

Mariana was also inspired in her studies by the close mentorship of ITS director Renato Corbetta, who advised her about which classes to take and helped prepare her for the challenges of applying to graduate school.

Mariana is currently working as a program coordinator for the Latin American Public Opinion Project (LAPOP) at Vanderbilt University. She coordinates the dissemination efforts of the 2014 AmericasBarometer, the most expansive regional survey project of democratic values and behaviors in the Americas (North, Central, South and the Caribbean). She’s also actively involved in LAPOP’s other ever-expanding projects.

Her research has focused on voting behavior and democratic attitudes in Latin America, and she has particular expertise in Venezuelan politics and the study of the public opinion of populist regimes. You can reach Mariana by emailing her at mariana.rodriguez@vanderbilt.edu.