Fulbright scholar Remy Meir reflects on the differences and similarities between American and Norwegian cultures. 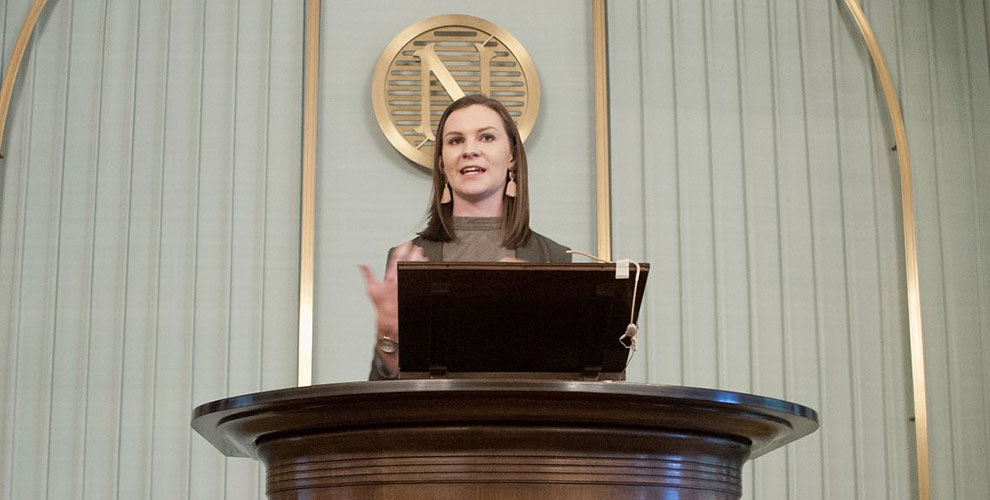 Remy Meir introduces herself and her research project to the Fulbright Committee and distinguished guests at the Fulbright welcome reception.

Editor’s Note: For the 2018-2019 academic year, UAB had a record number of students and alumni selected for the prestigious Fulbright Student Program, the flagship international exchange program sponsored by the U.S. government. Four of the six award recipients are from the UAB College of Arts and Sciences, including Remy Meir. An Auburn, Alabama, native, Meir has been awarded the Fulbright Study/Research grant to conduct research at the University of Oslo in Oslo, Norway. Meir graduated from UAB Honors College in Spring 2018 with a bachelor's degree in neuroscience. Her research project will focus on stress as a potential risk factor for addiction.

We’re excited to feature monthly posts from Remy as she chronicles her Fulbright experience, which began in August at the University of Oslo.

At the University of Oslo's welcome celebration where they welcome back students and celebrate the start of a new school year.

It has been nearly a month since I packed up my things and moved halfway across the world to pursue my Fulbright Scholarship in Norway. This first month has passed in a blur due to international student orientation at the University of Oslo, Fulbright orientation for all American grantees, and getting settled in my new research lab. One of the main focuses of both orientations I attended this month was understanding Norwegian culture and society.

While there are many differences between American culture and Norwegian culture, there are a few similarities that have made the transition easier. Just like "Southern hospitality" is centered around being polite, Norwegian culture also instills the desire to be polite and to make others feel comfortable. But I quickly learned that is where the similarities between the two come to an end. Back in the South, if I wanted to make someone I did not know feel welcomed and comfortable, I would smile warmly or ask how they were doing on the street. In Norway, in order to be polite, you do not disturb another person. When passing someone on the street, smiling can make another person uncomfortable. You should also never sit directly next to someone on the metro if you can avoid it. Personal space is of the utmost importance here. You should not interfere with others as they go about their day and they will not interfere with you. 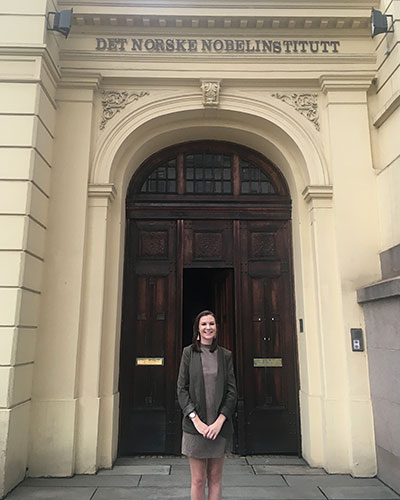 Standing outside the Nobel Peace Institute where the Fulbright welcome reception was held. While this version of being polite may make Norwegians seem disengaged, it is part of what shapes their societal views. Their respect for individuals goes far beyond just giving someone enough space on the metro; it translates into policy. For example, maternity leave is nearly a year with the option to split part of it between maternity and paternity leave. They value gender equality and have one of the lowest gender pay gaps in the world. Norway is also a welfare state, meaning that its citizens have equal access to healthcare and education. These are just several of the standout social developments that come from Norwegians' devotion to treating each individual with respect and care.

Over the past month, I have made friends from all around the globe, including Turkey, Canada, Sweden, Australia, and many more countries. One of the exciting things about being part of the international community is discussing Norwegian society and how it relates to our home countries. The University of Oslo helped encourage these conversations by throwing a semester start-party in which international students dressed up as Norwegians and the incoming Norwegian students got assigned different countries. It gave everyone the chance to see how others viewed their country and open up a dialogue about what that means for these countries, both at home and internationally. I think discussing these differences allows us to see our individual countries' strengths and weaknesses and what sort of changes need to be introduced. For me, this past month has been about engaging in global conversations and reminding myself that just because a culture feels different, it does not mean it is wrong. 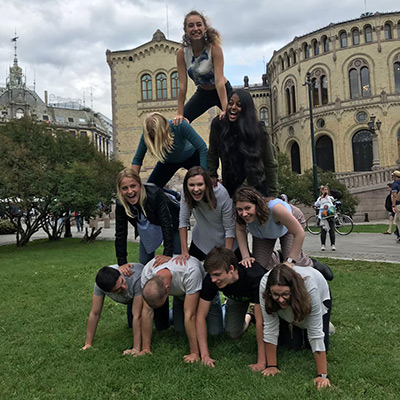 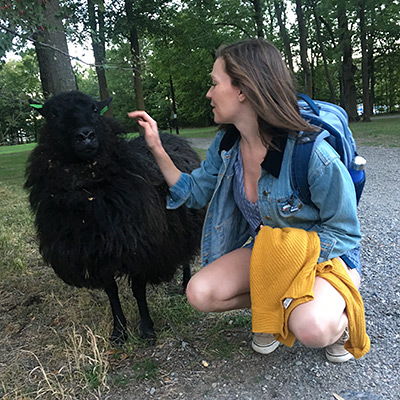