Mathematics alumnus Stephen G. Odaibo, M.D., is an ophthalmologist and retina specialist, as well as a mathematician, computer scientist, and physicist. 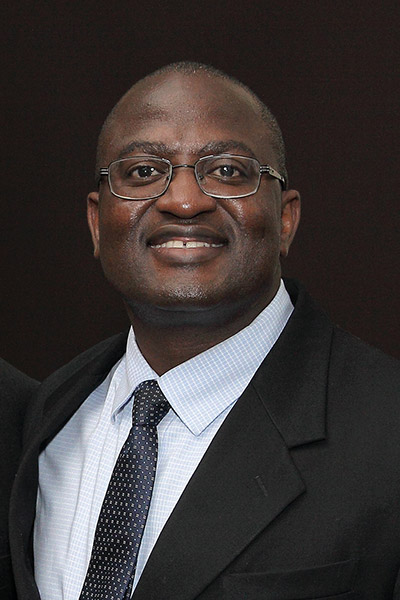 Dr. Stephen G. Odaibo is an ophthalmologist and retina specialist, as well as a mathematician, computer scientist, and physicist.

He is currently the co-founder and CEO of RETINA-AI, a biotechnology company that specializes in developing artificial-intelligence software technology to improve physicians' ability to diagnose and treat retinal disease.

Dr. Odaibo was part of the Mathematics Fast Track Program at UAB, earning both his bachelor's and master's degrees in mathematics in 2001 and 2002, respectively. He is the only ophthalmologist in the world with graduate degrees in both math and computer science (Duke, 2009).

In 2017, he was awarded the Distinguished Alumni Achievement Award from the College of Arts & Sciences. This award is the College's highest honor, reserved for prominent alumni with a history of excellence in their careers.

"The UAB Math Fast Track Program was a wonderfully rich experience for me," Dr. Odaibo says. "It provided me with a solid foundation in rigorous critical thinking, which has served me well in my career."