Words matter. No one knows that better than alumnus Jeff Hodges who has made a career out of helping others, most recently in his role as Vice President, Diversity and Inclusion Talent Program Manager for Regions Bank. 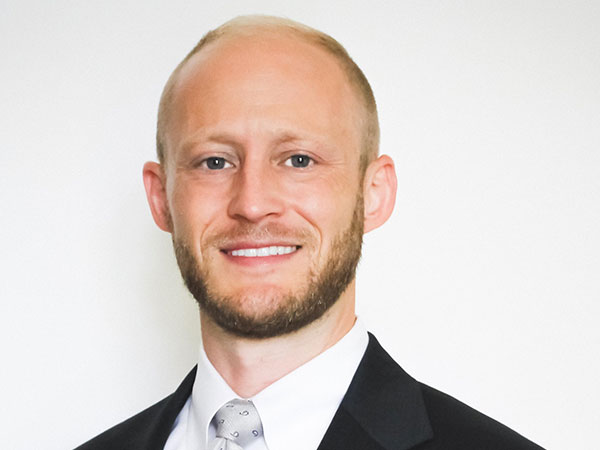 Alumnus Jeff Hodges never would have imagined that his English degree in linguistics would take him into the world of human resources. And, yet, he has made a career out of helping others, most recently in his role as Vice President, Diversity and Inclusion Talent Program Manager for Regions Bank. He maintains that he wouldn’t be nearly as effective without his linguistics background.

“Words really matter,” said Hodges. “One of the things we talk about a lot in my line of work is impact versus intent. So often, we may mean to say something, but the way we said it impacted someone differently than what we intended. Choosing words — all of that — is rooted in the foundation that I have in English.”

His career path started in college while working at CVS, where he began as a tech. When an opportunity came to train others, he jumped on it. Working his way up at CVS, he was able to develop his experience in all aspects of HR and earn his Professional in Human Resources (PHR) certification. Hodges, who originally intended to attend law school, encourages others to also follow opportunity and embrace learning:

“When I was in school, I never would have envisioned that I would be doing what I am now. It didn’t exist yet. Most of the jobs we have now will be obsolete in the future, so don’t get too hung up on what you want your career to be. Plan instead to be a lifelong learner — that is what has positioned me to evolve my career to where it needed to go.”

By 2019, having transitioned to Regions Bank in HR, Hodges was ready for a change. This coincided with Regions Bank ramping up their efforts to support diversity and inclusion. Now Hodges is focused on implementing strategies to attract and develop diverse talent. He works to tear down barriers to people’s success and build strategies so that everyone may have fair and equal opportunities.

“We’re spending a lot of time building new programs, which allows me to be creative,” said Hodges. “I get to move the needle on things that haven’t been in place before.”

One of his team’s more recent projects include Regions Military Recruiting, which supports military hires through veteran-to-veteran mentoring and other services. They have also already begun work on building out employment programs for people with disabilities. For Hodges, his role is all a part of that lifelong learning process.

“What I love about what I do is that you can never know everything there is to know about diversity and culture,” said Hodges. “This has helped me to continue to grow and learn things that I didn’t know about myself and others, meet new people, and be a better person in how I walk through the world.”