Kacey Keith pursuing justice and peace in her career

Kacey Keith often encounters conflict when addressing structural and cultural harm through her work as a consultant, and she has an appreciation for people who are willing and prepared to face disputes head-on. 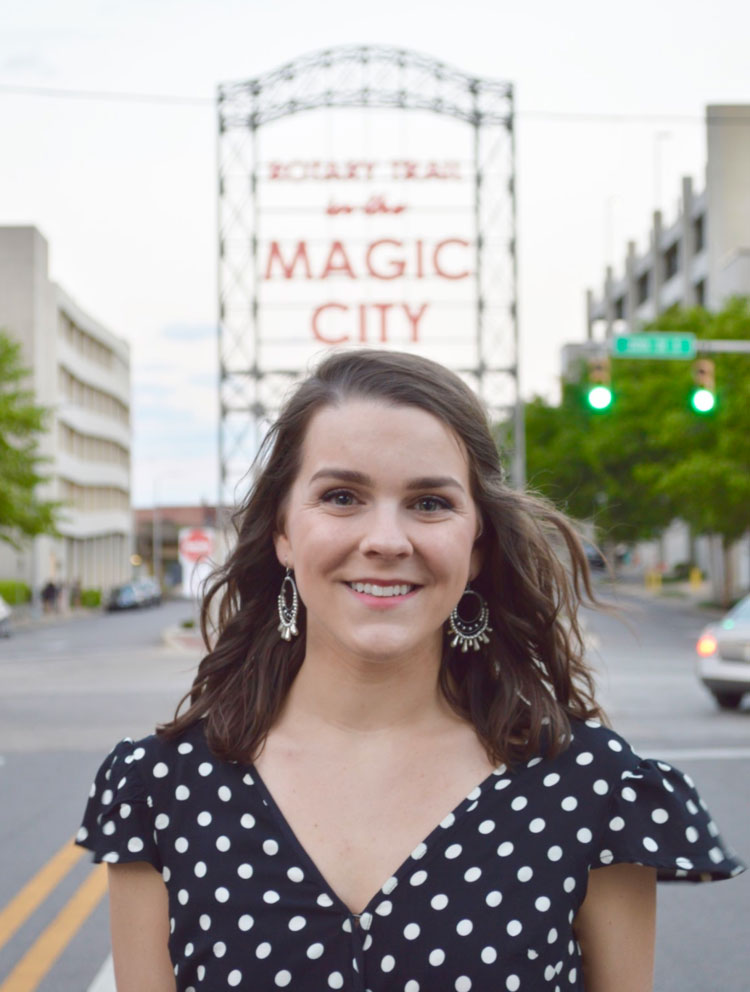 Photo courtesy of Kacey KeithKacey Keith often encounters conflict when addressing structural and cultural harm through her work as a consultant with Honeycomb Justice Consulting. Given her personal, academic, and professional experiences growing up in the South, she has an appreciation for people who are willing and prepared to face disputes head-on.

“I don’t think I would understand [how] to approach conflict in a straight-forward way if it wasn’t for being from Alabama,” said Keith. “Conflict lives in unison with peace—so, how do we handle conflict with peaceful solutions?”

During her early years in Birmingham, Keith developed a deep connection to the city’s civil and human rights history. At the same time, she wanted to learn more about cultures outside of her hometown. This interest prompted her to consider colleges that offered dynamic international studies programs, eventually leading her to the University of Alabama at Birmingham.

She enrolled at UAB in 2012 and sought out an array of classes to complement her international studies major. That curiosity steered her to a peace studies course which exposed her to peace on a global scale. The experience inspired her to continue seeking out peace studies courses at UAB, and, eventually, she enrolled in a class with Douglas Fry, Ph.D., former chair of the Department of Anthropology. Fry’s teaching had a profound impact on Keith, influencing her future academic and career pathways.

“I was hooked,” said Keith. “It was very much in alignment with my world view… So, I applied to the Anthropology of Peace and Human Rights graduate program [at UAB].”

The Anthropology of Peace and Human Rights (APHR) program is a two-year master’s program focusing on peace as behavioral process at multiple levels including at the level of individuals, families, groups, communities, cultures, and nations.

Soon after starting the program, Keith met another influential faculty member in the Department of Anthropology: Peter Verbeek, Ph.D. Keith took several of Verbeek’s classes, and, throughout those experiences, she learned that peace ethology is a measurable science with actionable steps.

“I loved the courses,” said Keith. “They were very influential—specifically in understanding what it takes to make a culture shift for the understanding of peace.”

Verbeek’s mentorship and scholarly work proved to be valuable to Keith as she concluded her graduate studies and transitioned into her career. Soon after completing the APHR program, Keith started working for the City of Birmingham and was immediately given an opportunity to apply her knowledge of peace and human rights.

“I was an intern with [Mayor Randall Woodfin’s] social justice transition team,” said Keith. “I helped develop the Office of Peace and Policy and supported the creation of a peace plan for the City of Birmingham.”

During her time with the city, Keith formed an enduring bond with a co-worker, Jasmyn Story. Together, Keith and Story began working on nonviolence, restorative justice, and reentry-focused programs for Birmingham. Keith connected with the strategic planning side of the work, while Story served as an effective practitioner. For Keith, it was powerful to further apply the knowledge and skills she attained through the APHR program.

“I’m interested in the neurobiology of empathy,” said Keith. “Understanding that empathy is one of the most powerful tools for peace is what led me to restorative justice.”

Keith’s interest in restorative justice continued to grow, as did her collaborative relationship with Story. Eventually, they both transitioned into roles with Honeycomb Justice Consulting, a collective of consultants that helps institutions and companies implement restorative justice practices and navigate instances of harm. Honeycomb also supports its clients with strategic planning and training. Keith—who now lives in Denver, Colorado—serves as a core team member for the consultancy and continues to work alongside Story, her long-time collaborator and mentor. As she helps expand the impact of Honeycomb across the country, she looks back on her time at UAB and Birmingham fondly.

“I’m grateful for UAB, and I’m grateful for [its] international focus,” said Keith. “The wisdom that came from the professors plus the legacy of the city, together, really created the space for the learning that I needed to be able to root myself in this work.”

Verbeek celebrates Keith’s accomplishments and believes her work will have a lasting impact.

"During her time in the APHR program, Kacey was both a scholar and practitioner of peace. Her work and insights have benefited APHR as well as our Birmingham community,” said Verbeek. “We will follow Kacey’s career on peace with great interest in the knowledge that she will excel at it.”