Dr. Alison Chapman Named Chair of the Department of English 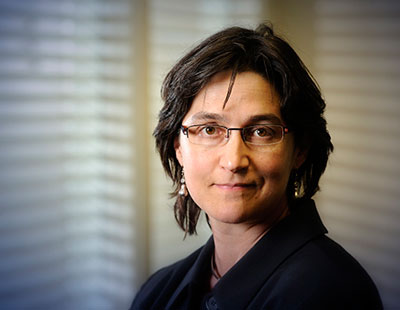 Dr. Chapman is the author of Patrons and Patron Saints in Early Modern English Literature (Routledge Press, 2012), as well as articles in major journals like Renaissance Quarterly, Shakespeare Quarterly, and Modern Philology. In recent years, her research has focused on the poetry of John Milton, and she has written extensively on Milton and the history of law. For many years at UAB, Dr. Chapman coordinated the faculty lecture series at Donaldson Correctional Facility, a maximum-security prison in western Jefferson County, and taught volunteer literature classes there, and she has written two non-fiction pieces inspired by those experiences.

Her service record is exemplary and extensive; she chaired the University's Writing Task Force from 2007 through 2012 and also served on the Outcomes Assessment and Core Curriculum Steering Committees, as well as many other committees within the college. Within the Department of English, she served as Undergraduate Studies Director from 2008 through 2014.

"Dr. Chapman has deep institutional knowledge and strong faculty and student relationships that make her an excellent choice as Chair," says Dean Palazzo. "She has been a leading force in the department for many years, and I am looking forward to working more closely with her in her new role."

Dr. Chapman writes, "I'm a native of Birmingham, and it has been a pleasure to work with students, faculty, and community members in the same city where I grew up. I look forward as Chair to further strengthening the ties between UAB and our wonderful local community."