Only a year ago I came across UAB Digital Media and now, 12 months later, I’m happy to announce our wonderful Digital Media family. 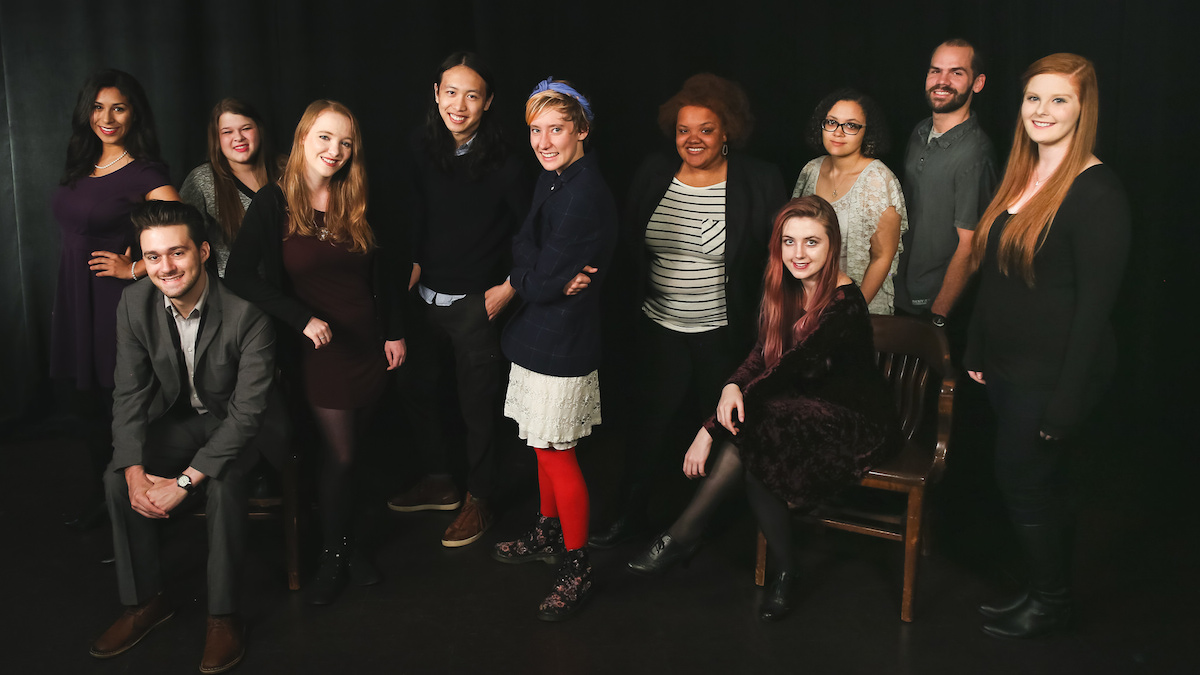 Sarah Buckelew, an English and sociology major, is a skilled editor on our documentary pieces.

Brodie Foster, an English major, has an eye for storytelling and brings her experience in the Youtube community to the table.

Heather Garner, a graphic design major, was featured among 52 artists from around the world in the 2015 “The Right to Decide” exhibition held at AIEVA.

Anissa Latham-Brown, an African-American studies major, she’s a jack-of-all trades when it comes to producing videos.

Kayla McLaughlin, an English major, has a tendency to write articles that go viral.

Samantha Richardson, a studio art major, is our animation queen. Love the cool effects and animations in the GEAR UP Alabama video? That’s all her.

Heather Robinson, a marketing major, is a self-taught web development and design wizard.

Stephen Stark, a graphic design major, won two gold ADDY’s for his previous work and his design concept was selected for the 2016 American Advertising Awards in Birmingham campaign.

Zach Walker, a music technology major, is our go-to music man. He composes and produces all the original music for our videos.

And then there’s me, Raizel Coiman, a marketing major. When I’m not bringing pizza rolls for my crew, I’m all over the lab learning as many skills as I can from my fellow creatives.

Our predecessors set the bar high with their award-winning projects like the UAB Undergraduate Admissions and TedxBirmingham videos, but I’m confident that our team will continue adding to the legacy.

I’m so honored to be working with such a talented team. We all possess different skills but together we create powerful stories. I’m excited to see what my Digital Media family will create this year, and I hope you are too.
Raizel Coiman is a 2015-2016 UAB Digital Media fellow and a marketing student.