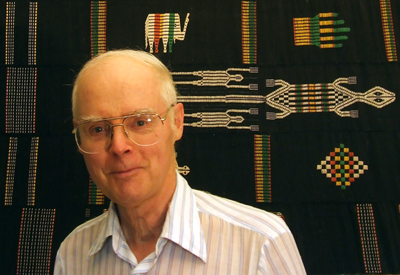 Bruce BontaLaunched by retired librarian and current UAB anthropology research associate Bruce Bonta in December 2004, the site traces the cultures, histories, and current events of 25 peaceful societies across the world. These groups range from the Amish and Hutterites of North America to the Ju/’hoansi of southern Africa to the Chewong, Semai, and Batek of Malaysia.

UAB Department of Anthropology chair and professor Dr. Douglas P. Fry, who has served as an adviser for the site since its inception along with other anthropologists interested in peace, spoke to Bonta about making UAB the site’s institutional home after Fry gave a talk at Penn State Altoona in early 2015.

“I recognized from the beginning of the site that in order to really grow, to develop, that it really needed a strong institutional basis of support,” Bonta said.

According to Fry and Bonta, the site fits in well with one of the department’s goals of a focus on peace, justice, and human rights.

Fry and Bonta first connected in the 1990s after Fry, whose studies include work on the Zapotec of La Paz in Mexico, ethnographic literature, and peace systems, read a few articles Bonta published about conflict resolution. In a conversation between Bonta, Fry, and other anthropologists at the American Anthropological Association’s 2003 conference, the idea of a website surfaced.

Bonta, who lives near State College, Pa., where he worked for around 30 years at Penn State, began Peaceful Societies as an independent scholarly website in December 2004 after 25 years of reading and writing about peaceful societies.

“I was intrigued by certain books I was reading that denied their existence,” he said about the beginning of this interest in the subject. 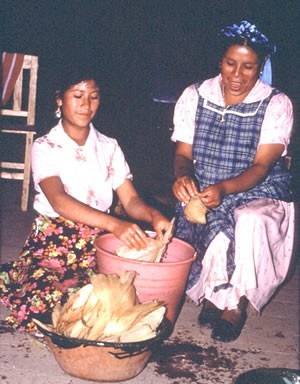 Zapotec woman making tamales with her teenage niece in La Paz. (Image from D.P. Fry photo collection)Those scholars argued that people are innately aggressive, Bonta said. He points to groups of people who do not see conflict as normal.

Bonta said he doesn’t like to generalize about peaceful societies much -- the groups differ widely from each other and there are differences within societies from village to village -- but said that those groups don’t see conflict as normal, that their social structures devalue conflict and value cooperation rather than competition, and that they typically have a deep respect for women.

“These people very strongly believe in being peaceful, and they don’t try to shove that belief under a rug and say ’Well, that’s not practical,’” Bonta said.

Fry said he would like to see the website used in conjunction with teaching as the department helps elevate the scholarly profile that Bonta has already established. He has already seen some students inspired by Bonta’s work to begin their own studies of peaceful communities, and is asking students to use the Peaceful Societies website resources.

“I hope there’s this mutual interaction, and that we can enhance the website by having a university be the host,” Fry said. “Bruce is very scholarly and meticulous in getting his facts straight, so the level of his scholarship is high.”

Both Bonta and Fry referred to an epigram featured on the site as a single idea that people could take away from studying peaceful societies.

That quote, attributed to 19th century Mexican president Benito Juárez, a Zapotec from Oaxaca, is: “Respect for the rights of others is peace.”