Verna Keith named new chair of the Department of Sociology

by CAS News
Dr. Verna Keith has been named the new chair of the College of Arts and Sciences Department of Sociology. 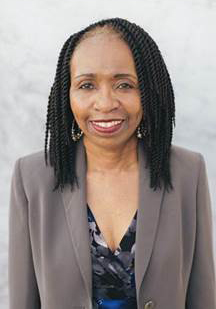 I am pleased to announce the appointment of Dr. Verna Keith as our new chair of the College of Arts and Sciences Department of Sociology. She will begin her new position with us on January 1. Dr. Keith comes to UAB from the Department of Sociology in the College of Liberal Arts at Texas A&M University, where she has been a professor and director of the Race and Ethnic Studies Institute (RESI). She received her B.S. in sociology in 1974 from the State College of Arkansas, and her M.A. and Ph.D. in sociology from the University of Kentucky in 1979 and 1982, respectively.

Dr. Keith’s research interests include the social demography of health, particularly gender, race, and class disparities. She has been able to pursue her work both within the Department of Sociology, where she taught undergraduate and graduate-level courses on medical sociology and health disparities, as well as within the Race and Ethnic Studies Institute, which takes an interdisciplinary approach to the study of race and ethnicity in communities. In both roles, Dr. Keith worked with faculty members and students across the university.

Dr. Keith is also widely published as an editor of and first author on several books and journal articles, with two articles already published this year and three more in press. She has been the PI or co-investigator on several large grants funded by the NSF, the NIH, and the National Institute on Aging. She has presented at conferences across the U.S. and abroad on racial discrimination, health disparities, mental health, women’s health, and social resiliency. She’s also a popular teacher and respected mentor to her students.

Dr. Keith is a member of several professional organizations and editorial boards and has been active in service at her previous institutions. She has been honored by Texas A&M and Arizona State University for her teaching and service to students and has been a Minority Fellowship Recipient of the American Sociological Association and a Haggin Fellowship Recipient from the University Kentucky. Dr. Keith’s broad teaching and administrative experience, as well as her research focus, make her an excellent fit for the Department of Sociology and for UAB. Please join me in welcoming her to the College of Arts and Sciences community.