Update from the Lab: The Krueger-Hadfield Lab

Follow our new series on research happening in the Department of Biology. Today's installment features recent papers from The Krueger-Hadfield Lab.

Follow our new series on research happening in the Department of Biology. Each story will broadly highlight a current study or papers that faculty members and graduate students have published as a result of their research findings. 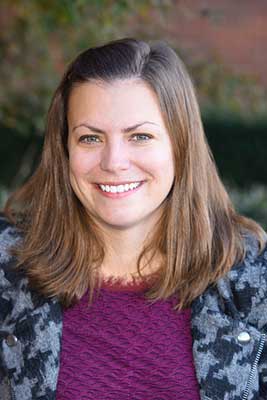 Why do so many organisms undergo sexual reproduction when it is costly and involves alternating between a haploid (one genomic copy) and a diploid stage (two genomic copies)? One way to study this is by investigating life cycle variation. Here, algae are great models, but pose another conundrum. Genetic models do not predict that you can both a free-living haploid stage (think a sperm or an egg become an adult and do not immediately undergo fertilization as in humans) and diploid stage. We investigated whether there were ecological differences between these two stages in the seaweed gracilaria vermiculophylla. Turns out, diploid individuals are harder to pull apart and are less nutritious than haploids. This might explain why diploids dominate the invasive range of this seaweed because they can maintain their 'body's' integrity and herbivores will give them a pass. It also highlights empirical support for the theoretical predictions of ecological differentiation between the free-living stages. Finally, it gives us some new hypotheses to test with regard to the evolutionary maintenance of sexual reproduction.

Why do some species invade new areas (often via a bit of help from humans) and others do not? Much of the research to date has focused on the ecological and demographic processes that lead to successful invasions. For example, lots and lots of introduced individuals likely increase the success of an invasion and eventual establishment. The evolutionary processes, however, have been less well studied, particularly in the marine environment. Here, we sample native and non-native populations of the invasive red seaweed gracilaria vermiculophylla. It has invaded virtually every estuary in the northern hemisphere. We looked at the differences in heat, cold, and salinity stress in native populations that are the source of the invasion compared to the non-native populations along the west and east coasts of north america and in europe. Non-native thalli always survived better than native thalli. This included after we reared all the thalli in a common garden under the same conditions, suggesting a genetic component. So, evolution occurred after the seaweed arrived in the non-native range that greatly facilitated this seaweed's invasion.

Often invasive species lose their pathogens or herbivores during the invasion process because they arrive in a new area without their 'friends' or 'foes.' in the seaweed gracilaria vermiculophylla, previous work showed that gastropods (snails) preferred to eat native individuals than non-native, suggesting non-native thalli were more chemically defended and less tasty. We used a small amphipod called ampithoe valida, but this amphipod did not care about native versus non-native thalli. They ate the two at statistically the same rate. This could be because this little herbivore does not activate the wound response of the seaweed because its mouthparts are too small, whereas a snail has a large radula that might activate the wound response. It also highlights the need for caution. Not all herbivores may impact invasive seaweeds in the same way.

The temperature-size rule is a commonly observed pattern where adult body size is negatively correlated with developmental temperature. In part, this may occur as a consequence of allometric scaling, where changes in the ratio of surface area to mass limit oxygen diffusion as body size increases. As oxygen demand increases with temperature, a smaller body should be favored as temperature increases. For clonal animals, small changes in growth and/or fission rate can rapidly alter the average body size of clonal descendants. Here I test the hypothesis that the clonal sea anemone Diadumene lineata is able to track an optimal body size through seasonal temperature changes using fission rate plasticity. Individuals from three regions (Florida, Georgia, and Massachusetts) across the species' latitudinal range were grown in a year-long reciprocal common garden experiment mimicking seasonal temperature changes at three sites. Average body size was found to be smaller and fission rates higher in warmer conditions, consistent with the temperature-size rule pattern. However, seasonal size and fission patterns reflect a complex interaction between region-specific thermal reaction norms and the local temperature regime. These details provide insight into both the range of conditions required for oxygen limitation to contribute to a negative correlation between body size and temperature and the role that fission rate plasticity can play in tracking a rapidly changing optimal phenotype.

Learn more about The Krueger-Hadfield Lab, our graduate students, and our research on the Department of Biology website.