A new scholarship is now available for students majoring or minoring in Spanish in the Department of World Languages and Literatures at UAB. 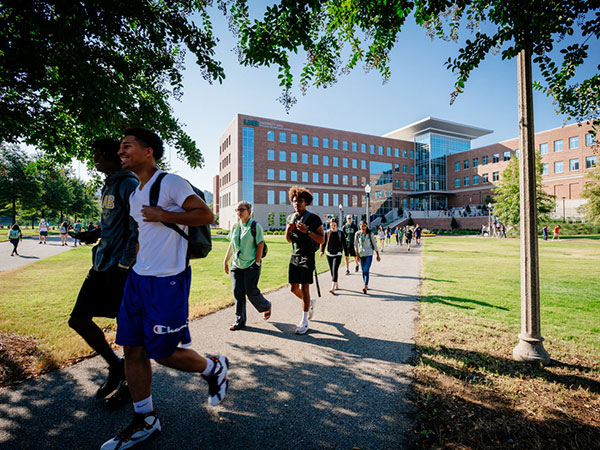 A new scholarship is now available for students majoring or minoring in Spanish in the Department of World Languages and Literatures at the University of Alabama at Birmingham (UAB). An anonymous donor recently established the Sefarad Endowed Scholarship Honoring Liliana and Marcelo Benveniste in celebration of the Department’s 50th anniversary during the 2022-2023 academic year.

The scholarship is named in honor of Liliana and Marcelo Benveniste who founded Centro Cultural Sefarad (Sepharad Cultural Center), a non-profit organization based in Argentina whose objective is to promote the culture of Sephardic Jews through activities, courses, concerts, and more. In the 15th Century, a royal edict in Spain forced Jews to either convert to Catholicism or face expulsion. After their expulsion from the Iberian Peninsula, the dispersed Jews maintained a strong relationship to their Iberian traditions, customs, and the Spanish language from that time. “Sepharad” is the Hebrew word for Spain, which is why descendants of these Jews are known as “Sephardic Jews.” The Benvenistes and the Sepharad Cultural Center aim to highlight the universal values of the Sephardic community and Judeo-Spanish languages, including Ladino.

“It is wonderful that the donor chose to honor Liliana and Marcelo Benveniste because their Sepharad Cultural Center promotes the endangered languages and culture of the Sephardic diaspora not only in Argentina but also worldwide,” says John K. Moore Jr., Ph.D., professor of Spanish in the Department of World Languages and Literatures. “It is even more meaningful that this award celebrates the rich cultural heritage of the Sephardic Jews alongside the achievements of UAB's Spanish students.”

The mission of the UAB Department of World Languages and Literatures is to educate, motivate, and inspire students to interact with people from other nations and/or cultures in a multiplicity of languages; to develop linguistically proficient and culturally competent individuals who think critically and communicate effectively in local, national, and global communities; and to foster the international exchange of knowledge and information between humanities scholar-teachers and other professionals. For students interested in the Spanish language, the department offers a concentration in Spanish, a concentration in Applied Professional Spanish, as well as minors in Spanish and Spanish for Business. This new scholarship will honor the legacy and impact of Liliana and Marcelo Benveniste and support students as they pursue studies in the Spanish language.