UAB helped make Hugh Gainer the man he is today, and now he is repaying the investment. We spent a few hours with Hugh and his wife Anna at their home in Birmingham to learn more about his experiences at UAB.

UAB helped make Hugh Gainer the man he is today, and now he is repaying the investment. 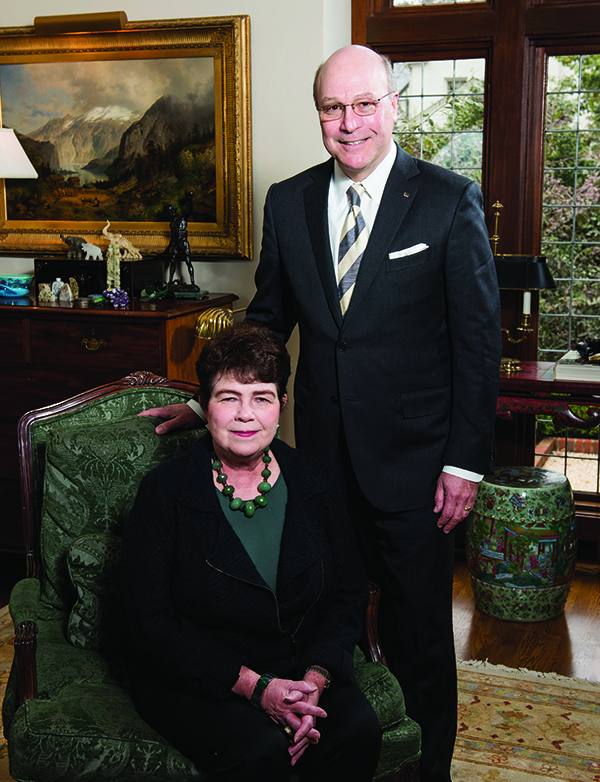 Hugh and Anna Gainer
To say that UAB has played a major part of Hugh Gainer’s life would be a tremendous understatement. He graduated from UAB in 1978 with a degree in art history and went on to complete his masters in hospital administration. After finishing his graduate degree, he worked for 14 years as an administrator at University Hospital, then spent four years at the School of Health Professions. Ultimately, he became the Associate Vice President for Business and Auxiliary Services in central administration, a position from which he retired in 2010.

We spent a few hours with Hugh and his wife Anna at their home in Birmingham to learn more about his experiences at UAB, and how he journeyed from student, to employee, and finally to donor of an Endowed Scholarship.

Gainer grew up on 11th Avenue South, just a block away from what would become the UAB campus. And while the proximity of the young university was part of its appeal to Gainer, its affordability was also an attraction. As one of seven children, Gainer knew his path to a college degree would be one he would have to manage on his own.

“My father owned a garage and provided for us well, but there wasn’t a lot of extra money around the house, “ he says. “We all went to Catholic school and [my parents] paid for that, but whatever college we were going to do we had to pay for ourselves. So when my time came around, I looked at going to school in Tuscaloosa and I looked at UAB. I knew I’d have to borrow money to go to school in Tuscaloosa and I was averse to that, so I went to school at UAB because it was affordable and it was a good school. My sister had gone there and was happy, and really what do you know about whether one school is better than the other when you’re 18 years old, except what other people tell you?”

Gainer came to campus in the mid-1970s and fell into a major in art history. “I started in the spring of 1975, I guess the university was only eight years old or so. I remember looking at the course catalog—those books you used to look at—and
there was a course being offered on Italian Renaissance Art. I’m Catholic, and half-Italian, and I like art, so I thought, ‘This looks like a fun course to take.’ Little did I know it would be terribly, terribly difficult! But the professor was Virginia Rembert [Liles], who was chair of the department at the time, and she was everything a professor should be: knowledgeable, passionate, engaging. She was really able to create a spark with her students.”

Hooked on the subject matter, Gainer continued to take art history courses while formally pursuing a business degree. But in time, as the credit hours added up, he found himself finishing a degree he didn’t necessarily set out to complete. “I started off being a business major; I had an interest in business,” he says. “The art history classes were just something to take. But before long I’d taken nine or twelve hours of art history, and probably had about that many hours in economics. I was only about six hours short of getting a minor in economics, so at that point, I thought, ‘Why not finish in art history?”

The practical young man who had chosen UAB in part for its affordability remained just as practical when it came to his career choices after graduation. “I had to do something else once I got my degree in art history,” he says. “I knew I didn’t have the stamina—financial or otherwise—to pursue a Ph.D., which is what you’d have to have to continue in that field. And to my mother and father’s credit, they never said, ‘You’ve lost your mind, what are you doing getting a degree in art history?’ So after a couple of years working, including working in a furniture store and in my father’s garage, I had a friend who was applying to school to get his masters in hospital administration, so I applied, too.”

“It was a good fit,” he continues. “I liked it. Healthcare was a good mix between business and the humanities. You have to run a business, you have to make it work, you have to make money and have money left over at the end of the day. But you’re also a cog in a big wheel of helping people get better. You make decisions based on different criteria. And I enjoyed it. It was difficult, but it was a lot of fun.” 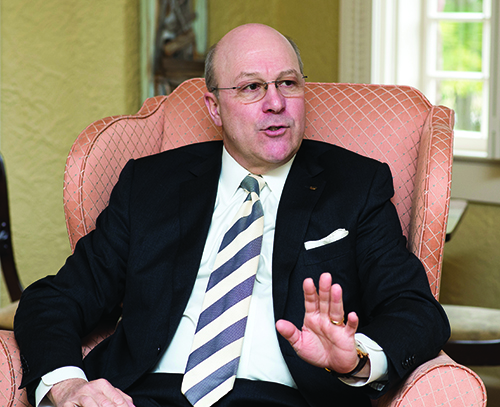 After more than 30 years at UAB, Gainer looks at the institution in which he invested so much time and energy and is amazed at what it has become. “It has grown in such positive ways,” he says. “The hospital is larger—they treat more people than they ever have. The whole place is enormous—more than 86 square blocks or something like that—in the City of Birmingham. In my later years at UAB I helped to purchase some of [that real estate]. And creating the Campus Green was a significant decision for the University. People think you just build buildings, but being involved in the master plan and thinking where you put things: dorms, campus dining, academic buildings, and how all that works within our busy street structure, it’s a huge undertaking, and UAB has done a wonderful job unifying all of that. But the most important thing is that we are an educational institution. If you’re not a good educational institution, it doesn’t matter if the buildings are pretty or not.”

He thinks that “we should all get better and better at waving the UAB flag.” “UAB isn’t a second choice,” he says. “It’s not a place you go if you can’t get into someplace else. It should be a first choice, and you can get an incredible education at UAB. As my wife Anna and I have talked about for many years—at least compared to my contemporaries, nobody got a better education than I got.”

Gainer knows that while the school has only grown and improved, the path to a self-funded education like he had is almost impossible today. “Things were different back then. You could earn enough money to pay for college, and granted I lived at home, but when I finished school I didn’t owe anybody anything. And you can’t do that today. You can’t earn $20,000 or $30,000 in a summer working the kinds of jobs that high school and college students work and pay for school. So you either have parents who can pay for it or you’re borrowing money.” 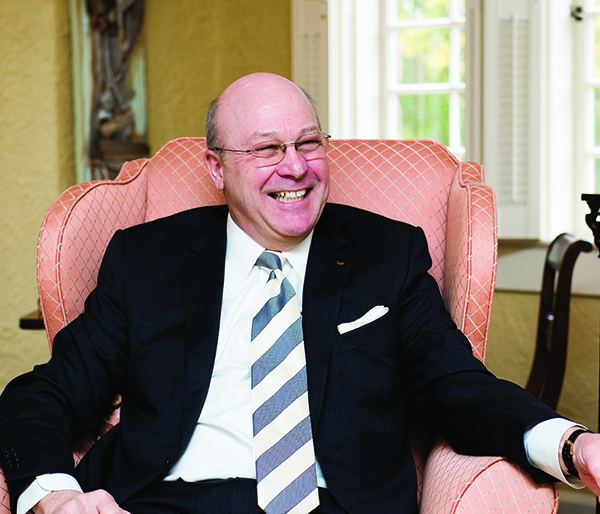 “So for us,” he continues, “creating a scholarship to help somebody in a small way to help defer some of those expenses was important, particularly in art history. You could do it for anyone, but because we love that particular discipline so much we wanted it to go to somebody who was pursuing that.” (In January, the College established the Hugh S. Gainer and Anna Simmons Gainer Endowed Scholarship in the Department of Art and Art History.)

“Having a strong undergraduate experience strengthens the entire enterprise,” he says. “You can only spend a dollar once—and I know that from being an administrator—but there’s enough to go around to feed the strengths we have at UAB. We have got to have a strong undergraduate experience to be a great university. The College of Arts and Sciences is right in the middle of that—it’s an integral part of making UAB a strong university. And you have to have scholarships to attract the best students. Primarily we need to be a great institution for Alabama, because we have great educational needs here, but attracting those students from other places is also important.”

Hugh’s wife Anna joins us for the conversation.

“When we were at the scholarship luncheon, we were taking some photographs with students and we were just chatting, and one was from Canada, one was from Ohio,“ Anna says.

“And one was from Dothan,” Hugh adds.

“They were from lots of different places, and I was very impressed with that,” Anna says.

“I was, too,” says Hugh. “They are such wonderful young people.”

“UAB offers anything any student would be interested in,” Anna adds. “It’s not just the medical school or the sciences. It’s a huge challenge to make students understand that they need to have a broad education, not just career training. That’s why the arts and sciences are so important.”

“They were for me,” Hugh says. “Because of that broad education, I was able to have a wonderful career and give back to the school.”