Dr. Heith Copes, professor in the Department of Criminal Justice, has been named the 2017 winner of the Ireland Prize for Scholarly Distinction. 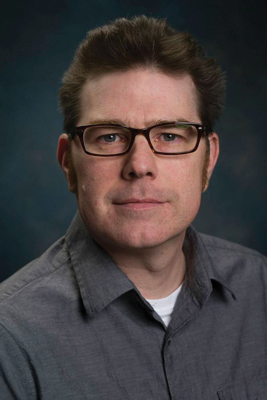 We are pleased to announce that Dr. Heith Copes, professor in the Department of Criminal Justice, has been named the 2017 winner of the Ireland Prize for Scholarly Distinction.

Dr. Copes graduated with his B.S. in Sociology and Psychology from the University of Southwestern Louisiana in 1993, then received his M.A. and Ph.D. in Sociology from the University of Tennessee in 1998 and 2001. He came to UAB as an assistant professor in 2001, a position he held until his promotion to associate professor in 2006. He was named professor in the Department of Criminal Justice in 2014 and has also maintained a secondary appointment in the Department of Sociology since 2006.

Dr. Copes’ work focuses on individuals who engage in both crime and drug use. Specifically, his research centers on criminal decision-making and narrative sense-making. He is a leader in the field of narrative criminology, which captures and explores the stories of criminals to understand their motivations for committing their crimes, as well as how they got into crime, their methods of committing the crime, and the strategies they use to reduce their risk. In addition, Dr. Copes’ research examines the ways that offenders excuse and justify their crimes and how they construct social identities.

Over many years of developing his methodological strategies of ethnography, inquiry and other related fieldwork, Dr. Copes has become an expert scholar who is sought after by his peers. He has published numerous articles about qualitative research methods in criminology and criminal justice, as well as several books, including, “Identity Thieves: Motives and Methods,” “Advancing Qualitative Methods in Criminology and Criminal Justice,” “Voices from Criminal Justice,” and the “Routledge Handbook of Qualitative Criminology.”

He is currently collaborating with Jared Ragland in the Department of Art and Art History on a photo-ethnography of people who use methamphetamine. In this project, they explore the lives of residents of Sand Mountain, Alabama, many of whom are struggling with drug addiction and poverty. He was asked by Springer Nature and The Story Collider to tell a personal story of experiences working on the project. You can hear the story and learn more about his work at: www.beforetheabstract.com

Dr. Copes is also a popular and awarded teacher. While he offers many courses, he most often teaches criminological theory and patterns in crime, which is most closely aligned with his own research. While at UAB, he has been honored with the Graduate Dean’s Award for Excellence in Mentorship, and was twice been recognized with the President’s Award for Excellence in Teaching for the School of Social and Behavioral Sciences. He has also received the Outstanding Educator Award from the Southern Criminal Justice Association.

As a visiting professor, Dr. Copes has taught at the University of South Wales in Wales, United Kingdom, at Aalborg University and Aarhus University in Denmark, and at the University of Oslo in Norway. He has presented widely at conferences both across the United States and internationally, and chaired numerous professional associations and organizations, including the American Society of Criminology, the Southern Criminal Justice Association, the Academy of Criminal Justice Sciences Program Committee, and the Center for Identity Management and Information Protections Advisory Board. He has also been extremely active on committees and boards here at UAB, including the College of Arts and Sciences Promotion and Tenure Committee, the Institutional Review Board, the Faculty Affairs Committee and the President’s Excellence in Teaching Award Committee.

Charles W. Ireland and his wife Caroline P. Ireland established The Caroline P. and Charles W. Ireland Endowment for Scholarly Distinction, which today funds two annual Ireland prizes. The Ireland Distinguished Visiting Scholar Award is given to a distinguished intellectual outside of the UAB academic community whose work is groundbreaking and transformational in his or her field. While on campus, honorees give a public lecture and share their knowledge through informal meetings with students and members of the faculty. Daniel Beaty was the recipient of the 2017 Ireland Distinguished Visiting Scholar Award.