Donors establish five new endowments in the College—the most ever received in one year.

Simon Harris, a senior mathematics major and member of the SciTech Honors Program in the UAB Honors College, is the first recipient of the William Oversteegen Bond Endowed Scholarship in Mathematics.

William Oversteegen Bond attended Auburn University before transferring to UAB, where he earned his bachelor’s and master’s degrees in math in 2007 and 2009. He taught at Birmingham-Southern College, UAB, and had just begun teaching AP mathematics classes at the Alabama School of Fine Arts (ASFA) when he passed away in August 2016.

Dr. Lex Oversteegen is a longtime faculty member and former chair of the Department of Mathematics. Out of their love for William, fellow mathematics faculty members Dr. Jeanne Hutchinson and Dr. John Mayer joined Oversteegen and Bond in establishing the endowment. Dr. Mayer was particularly close to William and collaborated with him on several projects and lectures while he was a student.

With their gift, the donors have chosen to support students like Harris in the department’s Math Fast Track Program, which allows students to attain both a bachelor’s and a master’s degree in five years or less. Dr. Oversteegen is one of the co-directors of the program.

“William was well on his way to becoming an outstanding mathematics teachers at ASFA,” Dr. Mayer says. “His loss was keenly felt by his students there and by his former teachers, like me, in the Department of Mathematics. I could not think of any better way to keep his memory alive than to have it associated with the Fast-Track Program in Mathematics.”

Harris says he’s grateful for the financial and academic support he’s received from the department. “It was an honor to receive the Oversteegen Bond scholarship,” he says. “It alleviated some of the financial burdens I was facing, allowing me to better focus on my studies. In addition, working with Dr. Mayer has given me numerous opportunities to grow as a math major, including attending conferences to present the work I've done with him. His encouragement has led me to make worthwhile friendships with people in the math department who have pushed me to work harder.”

Michel de Montaigne Endowed Prize in the History of Ideas

Dr. Catherine Daniélou, Senior Associate Dean, has endowed a prize designed to enable faculty scholarship, recognize their achievements, and enable them to grow as educators and thinkers. Her endowment will provide a cash prize and award for an outstanding and unique scholarly essay in the history of ideas written by any member of the UAB faculty.

The award is named in honor of the great humanist writer Michel de Montaigne, whose pioneering achievements in Western philosophy and his portrayal of the human condition are inspirations to Dr. Danielou.

Dr. Danielou was born and educated in France. She was selected by the French government to serve as a teaching assistant at Michigan State University, where she subsequently stayed to receive her master’s and doctoral degrees. She was recruited to UAB, where she has taught for nearly 30 years and now serves as Senior Associate Dean for Undergraduate Academic Affairs in the College of Arts and Sciences.

Her generous gift will enhance the lives of those who teach in the College and throughout UAB, and will be of significant and enduring value to all of those whose knowledge will be enriched by the work of the prizewinners. 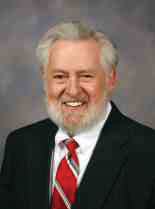 The endowment is named for Dr. James C. McCroskey, a pioneer in the field of communication studies. After a long academic career at a number of leading U.S. universities, he joined the UAB faculty as a scholar-in-residence in 2006, when his partner in life, Dr. Virginia Peck Richmond, accepted the chair position in the Department of Communication Studies. The Endowed Graduate Support Fund honors

Dr. McCroskey’s years of devoted service to the university, his contributions to the field of communication studies, and his longtime goal of mentoring new generations of students.

Dr. McCroskey passed away on December 27, 2012, and is survived by Dr. Richmond and their six children, as well as the countless students and colleagues for whom Dr. McCroskey was a mentor and inspiration.

The James McClintock Endowed Scholarship in Polar and Marine Biology 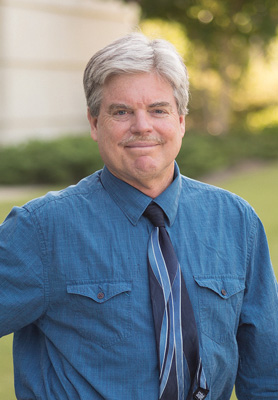 David and Kathleen Hollows have created an endowed scholarship to be used to provide financial assistance to deserving students in the Department of Biology.

The scholarship is named for Dr. James McClintock to honor and pay tribute to his achievements as an expert in Antarctic marine biology and climate change science, as well as for his dedicated service to UAB.

Dr. McClintock earned his bachelor’s degree from the University of California, Santa Cruz and his master’s in zoology and his doctorate in biology at the University of South Florida. He joined the UAB faculty in 1997 and is currently the University Endowed Professor of Polar and Marine Biology.

Over the course of his 30 years at UAB, Dr. McClintock has established himself as a global leader in the study of marine invertebrate nutrition and reproduction. Over the past decade, he has expanded his research to encompass studies of the impacts of rapid climate change and ocean acidification on Antarctic marine algae and invertebrates. He has been honored with numerous awards and currently serves as a Trustee of The Nature Conservancy and as an Advisory Board Member for the E.O. Wilson Biodiversity Foundation.

Dr. McClintock met the Mr. and Mrs. Hollows on an expedition cruise to Antarctica in January 2017. David Hollows is a native of Cheshire, England and received a bachelor's degree in chemical engineering, which he used to build a successful career in the brewery business at Whitbread Co. Ltd. and Anheuser-Busch, Inc. He also led a Best Practice Exchange program at Tsingtao Co. in China Kathy, a Pennsylvania native earned bachelor's degrees in psychology and nursing and worked for many years as a rehabilitation nurse.

During their travels together, Dr. McClintock and the Hollowses bonded over their shared belief that humans can influence the rate of climate change. It is the couple’s desire that this scholarship honor Dr. McClintock’s continuing legacy by assisting worthy students as they develop the skills they need to become experts in climate change science who can present their findings to the greater public.