Everyone has a story

“How did you end up in Alabama?” I get that question a lot, both here and abroad. I suspect that every immigrant is frequently asked the same question out of genuine curiosity, maybe interest.

Professor of Spanish, Department of Foreign Languages and Literatures

“How did you end up in Alabama?”

I get that question a lot, both here and abroad. I suspect that every immigrant is frequently asked the same question out of genuine curiosity, maybe interest. “UAB,” is my answer. I too ask that question to other fellow immigrants. Their answers vary, but they typically involve either professional opportunity or personal betterment. "Isn ́t that what we all aspire to in life?" We should ask ourselves. Everyone has a story. 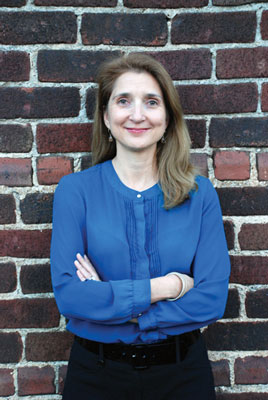 I was born in Southern Spain, under a fascist dictatorship that had been controlling the country and its people for almost four decades. I was a little girl, and my memories about this time are vague. My recollections start becoming clearer after the dictatorship ended, as I grew up in a country that struggled at first, but eventually succeeded in developing a new identity under a brand-new democratic system. In that sense, I consider myself fortunate to have been part of such critical historic change, which of course, shaped the person who I have become.

Although my parents had lived their entire lives under the same dictatorial government, and did not really know anything else, they were (and still are) very progressive and forward-thinking. As soon as the country opened to the exterior and foreign information and ideas started coming in, my parents determined to do anything in their power to give their daughters a well-rounded education. That begun with learning another language and culture at the age of eight. Until college, my sister and I attended an English academy daily after regular school. I immediately fell in love with the power of languages, as it became clear to me that they are the most direct vehicle that connects us to other cultures and their people. I also took classes in four other languages at various times throughout high school and college, participating in three long-term exchange programs in two countries. With time, my passion became the scientific study of languages, ultimately pursuing a career in applied linguistics. Knowing a second language definitely opened doors for me personally and professionally.

Unlike most children who aspire to become astronauts, doctors, police officers, or pop stars, I always knew I wanted to spend my professional life as a college professor of language and culture. My goals as an undergraduate student were rather practical: travel, make valuable connections, make a comfortable living. Once in the profession, those goals turned more idealistic: educate, broaden horizons, make a difference in my students’ lives, and in my community. Today my motivation as a language and culture professor is to educate the next generation of global leaders who will use their knowledge and skills to make their profession and communities a better place.

At home, my husband and I are raising two intelligent and independent daughters, who are also bilingual and bicultural. It is my hope that, one day, they will use their skills in whatever professional area they choose, to become strong, productive and compassionate leaders and members of the society, contributing to making their world a better place. I have no doubt that their multilingualism and multiculturalism will help them achieve their professional goals and personal dreams.

Under the current national and international political climate which, sadly, fosters division, marginalization, and exclusion, I feel privileged to be a humanist, an academic, and a college professor. Everyday, I have the opportunity to open my classroom to the world. Everyday, regardless of course or level, our language students learn about the fundamentals of diversity, equity and inclusion. And everyday, my life is enriched by my students ́ constant strong desire to become more intercultural competent.

Why am I telling my story? Because everyone has a unique story, delineated largely by their education; and every story matters. UAB proudly ranks among the most diverse universities in the nation. We are all part of a global, interconnected world, and our responsibility as college professors and administrators is to prepare our students well to interact and work with people of diverse backgrounds nationally and internationally. Of course, we want our students to thrive after they leave UAB. I am always curious to know what our students ́ stories will be.