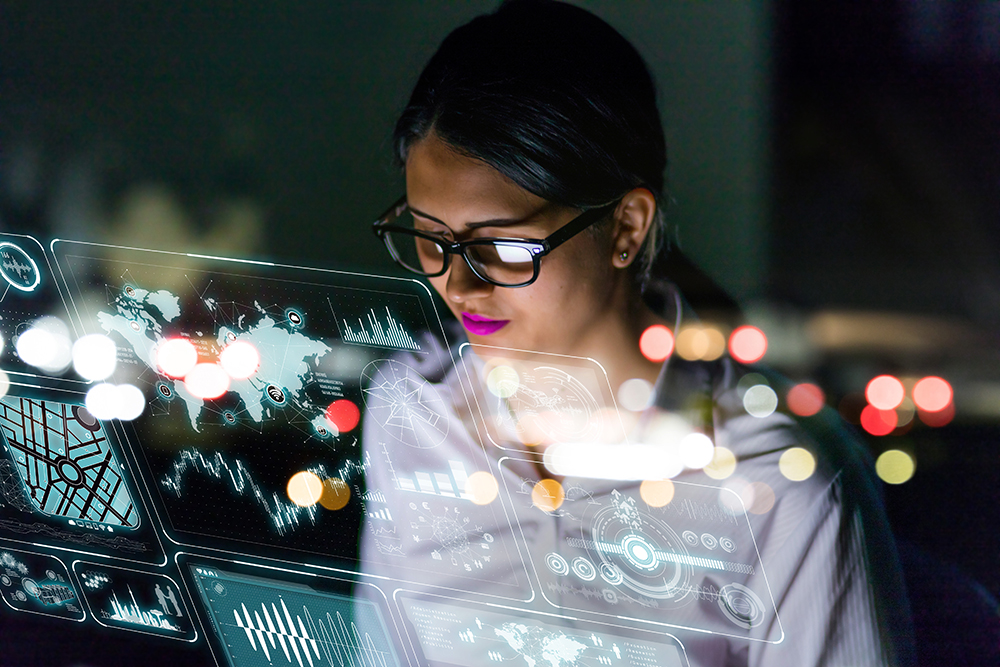 It is an image that goes along with almost any story about the history of the computer. One or two people are in front of this clunky-looking machine that is as big as a suitcase (or a refrigerator, depending upon the decade). As the processing gears slowly dribble out the data, the person dutifully records the information using the ultimate low-tech device: pen and paper.

This, in essence, was data gathering at the dawn of the computer age. All you needed was a notebook, and maybe a calculator when things got complex. The information superhighway was still merely a footpath, and everything moved at a moderate pace.

Obviously, that no longer is the case. We don’t have a river of data these days. We have Niagara Falls, constantly drenching us with bits and bytes and more knowledge than we’ve ever had. And in many ways, more than we can handle.

“Everything is centered around data now,” says Yuliang Zheng. Ph.D., chair of the Department of Computer Science. “What is the best way to collect data? How do you organize it? How do you analyze it? How do you make sense of it? Then, how do you turn that data into something useful, whether that means making money or saving lives? There are skills that are required to go through all these different steps.”

The College of Arts and Sciences is helping students learn these steps with the introduction of a new undergraduate degree in bioinformatics, which focuses on complex biological data such as genetic codes. The new program is a result of a collaboration between the Department of Computer Science, the Department of Biology and the UAB School of Medicine, and is the first of its kind in the state of Alabama. In addition, the Department of Computer Science has also introduced a new master’s in data science, which is designed to prepare students with skills they can apply to careers in big data, including machine learning; modeling, analysis, and management of data sets; and efficient, algorithmic-based problem solving.

For undergraduates, the focus is on the intersection of computer science and the biological sciences. “The idea is that all the new genomics and proteomics—basically the new form of medicine that is going to take over in the next 20 years—is going to be hugely data-intensive,” says Steven Austad, Ph.D., chair of the Department of Biology. “Everybody is going to have their genome on file. It’s going to be a massive data organization and analysis.

It is a rigorous curriculum, with multiple class requirements involving mathematics, computer science, biology, chemistry, genetics, and engineering. The end result will be graduates who are well-positioned for careers in the emerging data-based workforce in medicine and other fields. 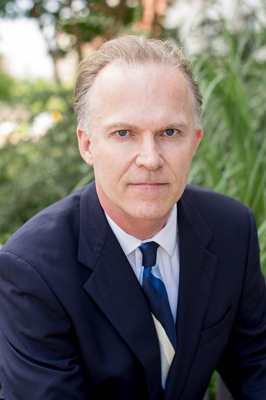 John Johnstone, co-director of the bioinformatics program.“Science in general is becoming team-oriented and interdisciplinary. This is a great example of that, with so many different disciplines involved,” says John Johnstone, Ph.D., associate professor in the Department of Computer Science and co-director of the bioinformatics program. “It’s an elite program for an elite student. It’s challenging, but there are a lot of opportunities for a person who can do it right. There is a lot of demand for this, and not enough people who understand it.”

Data collection and analysis already is widely used in everyday life, from genetic testing companies such as 23andMe, to the cameras and other electronic devices in new cars, to the responses generated by virtual assistants Siri and Alexa. Much of the interest at UAB likely will involve the medical field, including the use of data in creating disease treatment options specifically tailored for individual patients.

“Bioinformatics is the same as working with any huge data set, except now the data set is the human genome,” Johnstone says. “You are gleaning information computationally from that data, and you can tune your medical treatment based on this analysis. It’s a very exciting, cutting-edge direction.”

The Future of Healthcare

The university took an initial step in that direction in 2017 with the hiring of computer scientist Matt Might, Ph.D., as the inaugural director of the Hugh Kaul Precision Medicine Institute. Simply put, the goal is to create personalized medical diagnosis and treatments based on the genomic data derived from each individual patient, which is analyzed by data scientists. 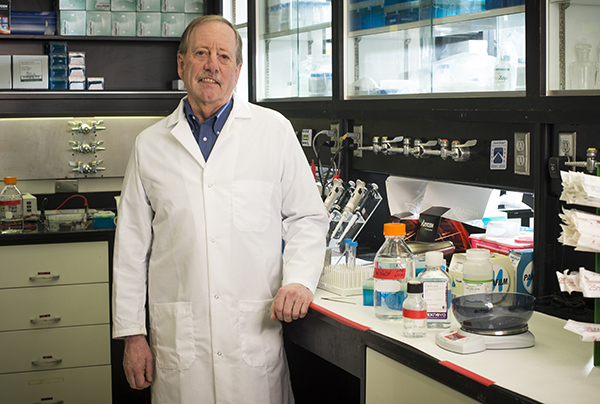 Steven Austad, chair, Department of Biology.“Right now, we sort of treat everybody the same. You get a certain diagnosis, and a certain treatment for that diagnosis,” Austad says. “That is about to change, and the reason is there’s this data that’s going to be available. That’s what this is all ultimately about, understanding what makes you an individual and how medical diagnosis and treatment will work on you as opposed to somebody else.

“This can be done because your doctor is going to have access to your entire genome. The problem is, your doctor is probably not going to understand what it means. So they are going to need people who do understand it and can produce it in some sort of interpretable fashion. That’s where bioinformatics comes in. It’s not enough just to know all the computer stuff. You also need to know all the underlying biology.”

That is exactly what the College's new bioinformatics degree will provide. Computer science students have been learning how to use computation-thinking techniques to gather data for years, and medical students obviously have long had an understanding of human biology. The bioinformatics program will combine those two skill sets.

“Having that cross-disciplinary training is going to create people who can straddle the fence and have one foot in the biology and the medical aspects of the problem being addressed, and the other foot in the analytic techniques that can be applied to that,” says James Cimino, M.D., director of the Informatics Institute in the School of Medicine.

“We have a lot of medical researchers who have data, and they’re at a loss as to what to do with it. They know the biology, and suddenly they have a new way to collect biological data, but they have not been trained on how to interpret this data. So there’s a big demand for people to work in either a support role or a collaborative role to do that. There’s not nearly enough trained people right now to meet the demand.” 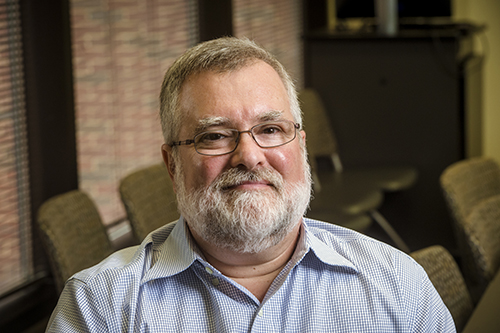 Elliot Leftkovitz, co-director of the bioinformatics program.Graduates of the UAB bioinformatics program will have the skills needed for a variety of academic research positions, as well as government jobs involving epidemiology (through the Centers for Disease Control) and drug development (through the Food and Drug Administration). Pharmaceutical companies also need employees who are capable of analyzing data to identify genetic targets that can help in drug development.

“For example, say you find that a particular genetic variant keeps popping up in one individual gene in patients' associated with a specific disease. Now you have a gene that might be targeted by a therapeutic drug based upon the discovery,” says Elliot Lefkowitz, Ph.D., a professor in the Department of Microbiology and co-director of the bioinformatics program. “That discovery is derived from the massive amounts of data that clinical studies have provided, and companies need bioinformaticians to help them sort through that data.”

College of Arts and Sciences Dean Robert Palazzo, Ph.D., who is also a cell biologist, elaborates. “Imagine that an analysis of a simple blood sample indicates that a specific profile of tumor enzymes not normally found in the blood stream are elevated,“ he says. “After a series of tests and biopsies, scientists can sequence the gene—highlighting a new, never-before-seen protein mutation that is leading to the tumor growth. Since the patient is the first with such a mutation, no information is available on potential drug treatments. Bioinformatics helps to identify a specific target site on the protein for the generation of novel drugs to create a totally new approach. All of this, and much more, is possible through the application of bioinformatics' computational and analytical technologies.“ 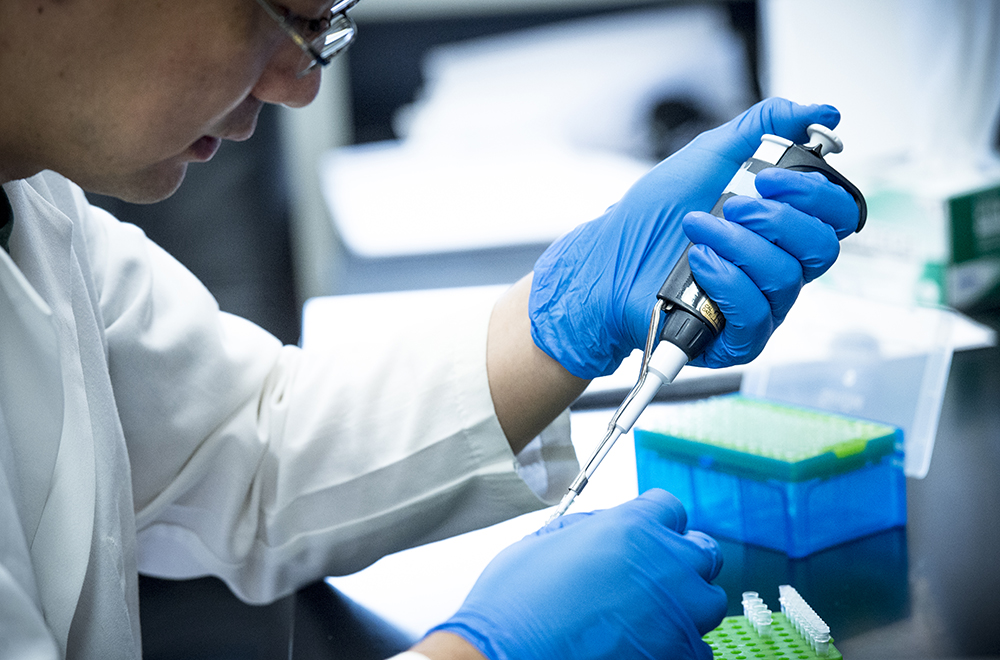 Austad says he received a “tremendous amount of interest” in the program when he talked with prospective students this past summer. He noted that since today’s college-bound medical students grew up with computers as part of their daily life, the concept of bioinformatics does not seem as daunting to many of them.

“Students who might be interested in medical school but are also interested in computers, suddenly they realize that their two passions can be combined into a single major,” Austad says. “We think this is going to be a great recruiting tool to bring some really top students to UAB. This major is going to be so sellable because of the huge demand in the industry. Our graduates will walk out of here and into some really high-paying jobs.”

Jobs that will not necessarily be in the medical field. Because as Zheng points out, “Things are changing so fast, there will soon be opportunities in jobs that haven’t even been created yet. The future will be driven by data in every field. It’s all about the data.”