Dr. Jonathan Wiesen comes to UAB from the Department of History at Southern Illinois University (SIU) Carbondale, where he has been department chair since 2016. 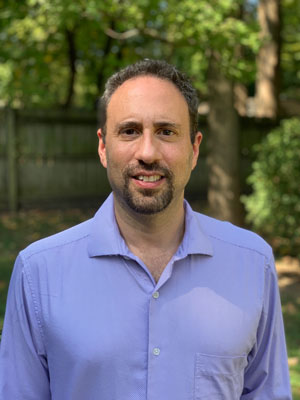 Dr. Jonathan Wiesen comes to UAB from the Department of History at Southern Illinois University (SIU) Carbondale, where he has been department chair since 2016. He received his B.A. in history with highest distinction in 1990 from the University of California, Berkeley, and his M.A. and Ph.D. in history from Brown University in 1992 and 1998, respectively. He also studied history and philosophy at the University of Sussex in England.

Dr. Wiesen’s research interests include modern European history, modern German history, histories of racism and antisemitism, Nazi Germany in history and memory, and the history of advertising and consumerism. His current projects include articles and a future book on German views of American anti-black racism from 1918 to 1968, and a textbook on Nazi Germany.

Dr. Wiesen is also widely published as a first author, co-author, and editor of numerous publications, including three books: Creating the Nazi Marketplace: Commerce and Consumption in the Third Reich (Cambridge, 2011), Selling Modernity: German Advertising in the Twentieth Century (Duke University Press, 2007) and West German Industry and the Challenge of the Nazi Past, 1945-1955 (The University of North Carolina Press, 2001), which was the winner of the Hagley Book Prize.

His teaching has been awarded by SIU and by outside organizations. He received SIU’s Outstanding Teaching award in 2008 and recognition from the Center for Education Policy Research, which selected his World History course as one of the top examples of best practices in a national study of World History. He is active in service at SIU and with a number of professional organizations, including the American Historical Association, the German Studies Association, the Central European History Society, and the Working Group for the Critical History of Business and Industry in Germany.

Dr. Wiesen will begin his position in the College of Arts and Sciences on January 1, 2019.