Department of World Languages and Literatures 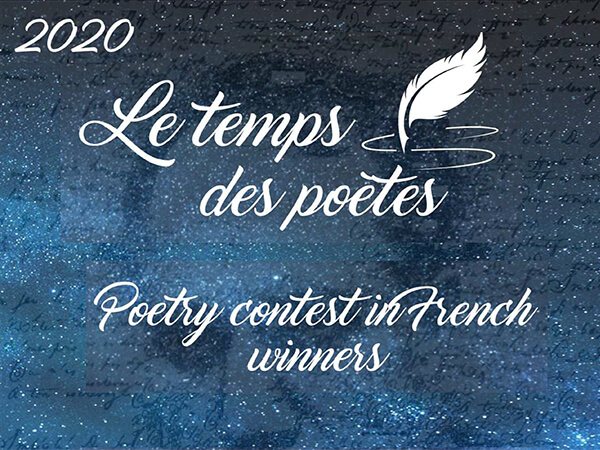 The French section of the UAB Department of Foreign Languages and Literatures organized its first annual undergraduate poetry contest in French entitled Le temps des poètes. All students in French participated by writing a poem. A committee of Francophone speakers was commissioned to select the winner and second prize for each level (100, 200, 300, 400). The following students were selected as first and second prize winners:

Download the collection of poems of the 2020 undergraduate poetry contest in French.