Roger Lewis has passed away, but his impact on the development of our Mathematics Department will be felt for many years by both students and faculty.

Roger Lewis has passed away, but his impact on the development of our Mathematics Department will be felt for many years by both students and faculty. Before entering graduate school at the University of Tennessee, Roger had worked in industry as a mathematician at the Ballistics Research Labs (Aberdeen Proving Grounds, Maryland) and RCA Service Corporation (Patrick Air Force Base in Florida). Following this, he received his M.S. in mathematics from the Florida Institute of Technology (1964) and Ph.D. from the University of Tennessee (1972). He was briefly at Slippery Rock State College in Pennsylvania before joining UAB in 1975. 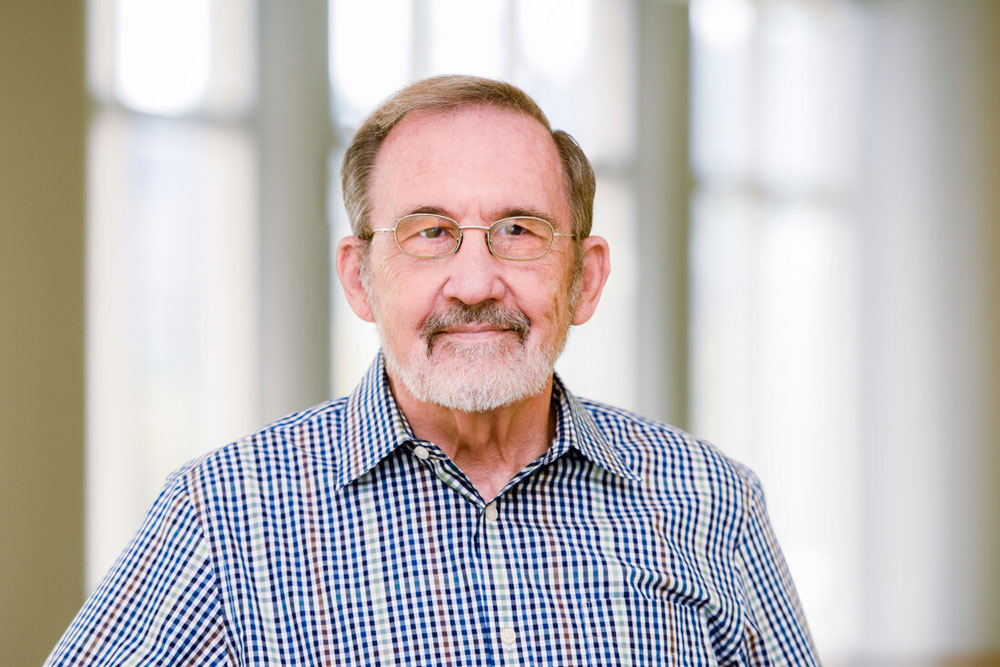 At this time, UAB was only two years beyond the conversion from junior college to university status, and the Department of Mathematics was essentially a junior college department, with faculty involved primarily in teaching remedial and elementary mathematics courses. Further, at this time there were no organized research or grant initiatives in mathematics.

Then, in 1978, the department had a new chairman who placed some emphasis on visible research programs which could attract funding. Roger made the most of this opening. He had continued to expand on the work of his doctoral thesis, and in 1980 he received the department’s first NSF research grant.

This was followed by a bold plan developed jointly by Roger and Ian Knowles, who Roger had first met at a conference in Scotland in 1974 and who later joined our department. Although on paper UAB did not have facilities to host a large international conference, in 1986 they managed to find space and organize a conference which brought many of the world’s leading researchers in differential equations and mathematical physics to Birmingham (260 mathematicians from 22 countries). This was followed up by conferences in 1990, 92, 94, 97, 99, 2002 and 2005. These were so successful that Barry Simon of CalTech encouraged several of his graduate students to apply for positions at UAB upon receiving their doctorates. And some applicants for positions in the department commented on the impact our meetings had on them and their interest in joining the UAB faculty.

Roger was chairman of the department in 1984 - 87 and 1997 - 2001 and continued the practice of filling new positions with research talent. This was paying off, and UAB at one point was ranked number three in the Southeast (just behind Duke and Georgia Tech) in NSF grants per faculty. This success was no doubt made possible partly through Roger’s personal manner as chairman.  He was a familiar figure to department members, who knew him as a reasonable person who could be approached with ideas and observations. He was meticulous in honoring agreements, and one had the confidence that he was always trying to do the right thing, which in this setting was to achieve best results for faculty and students. He brought a high level of integrity to his position as chairman, and inspired confidence in those who worked with him on various projects to improve department teaching and research.

In addition to individual grants faculty were winning for their research, the university was awarded an EPSCoR grant (1986 - 91). These grants were for Established Programs to Stimulate Competitive Research and were large interdisciplinary university grants designed to enable promising departments to develop their research potential. Over the next few years, the Mathematics Department (along with Physics and other areas) enjoyed substantial EPSCoR funding to develop research activities they had been building over the past few years. Roger was a lead investigator on our first EPSCoR proposal.

In addition to these successful efforts to develop research areas, productivity and funding, the department took the significant step of beginning a doctoral program. Previously within the Alabama system there had been a doctoral mathematics program only at the Tuscaloosa campus. But Roger engaged UAB administration and interested department members to lead UAB’s objective of raising its graduate program to the highest level. After skillfully weaving through sensitive and highly political issues, a joint program involving the Birmingham, Tuscaloosa and Huntsville campuses emerged and received state approval. Our doctoral program is now a high point of our department and has generated additional initiatives to raise the level of hiring research faculty and developing the research capabilities of our students. And in his leadership role, Roger continued his productivity past retirement, producing a total of 51 books and papers.

Finally, it is a sign of the current status of the department that UAB was selected to host an NSF Fast Track program, in which undergraduate students showing talent for mathematics are given the opportunity to accelerate their programs to reach the graduate level more quickly. In this way the tremendous success of the research and graduate activities of the department have helped develop new opportunities for undergraduate students as well.

Through these efforts, Roger has been a significant figure in achieving the present success of the department, and in pointing a way to build an even more exciting future for our students and faculty.