Sunken ‘Endurance’ is far more than a relic

My first thought upon learning of the discovery of the Endurance was that despite the constant barrage of gut-wrenching news about the Russian slaughter of Ukrainian civilians and North Korea’s latest intercontinental missile test there is some good news about the human capacity to cooperate and endure.

My first thought upon learning of the discovery of the Endurance was that despite the constant barrage of gut-wrenching news about the Russian slaughter of Ukrainian civilians and North Korea’s latest intercontinental missile test there is some good news about the human capacity to cooperate and endure. My second thought was “Thank God, I lived to see the day!” Not only one of the most storied shipwrecks of all time, the vessel’s discovery below the diminishing sea ice of the Weddell Sea focuses international attention on a region of our planet undergoing unprecedented climate change. 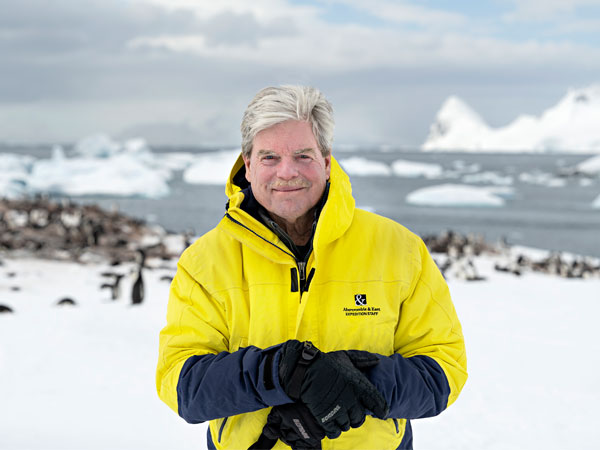 James McClintock, Ph.D., photo by Michelle ValbergMarine Archaeologist Mensun Bound, the leader of the international Discovery Expedition that found the shipwreck seemed overwhelmed by the condition of the ship, exclaiming, “Without any exaggeration, this is the finest wooden shipwreck I have ever seen – by far.” There is an element of poetic justice in the sustainability of the Endurance, its largely intact hulk having rested upon the seafloor for 107 years. Shackleton famously sustained his party of 27 men for a year and a half after sea ice trapped the ship on January 18, 1915. The party endured subsequent hardships beyond imagination.

Living aboard the stricken ship and then camped on the adjacent sea ice the men watched and listened as the pressure of the ice slowly cracked the hull of the Endurance like a walnut. The ship sank from sight on November 21, 1915. Five months later, the ice supporting the party’s camp broke apart and the men sought refuge in to life boats retrieved earlier from the ship. Negotiating ice and waves that soaked shivering men, the party managed to land on Elephant Island off the northern tip of the Antarctic Peninsula. Here, for the first time in 497 days, the men stood on land.

Shackleton realized no rescue would happen, and he would need to take a small party and sail 780 nautical miles northeast with the hopes of reaching the whaling station on the island of South Georgia. Through a perilous sea, they sailed, reaching the island only to beach their boats and discover they would have to climb over the island’s central mountains to reach the whaling station. On April 20, 2016, Shackleton and two of his men at last reached the station: unkempt and grime-covered they were unrecognizable. Four and a half months later, on August 30, 1916, Shackleton made it back to Elephant Island to rescue the remainder of his party. In the end, not a single man was lost.

As if gently placed by hand, the Endurance sits upright at a depth of 10,000 feet. Images taken by a remotely operated vehicle reveal a hull littered with sea anemones, sea cucumbers, starfish, brittle stars, and sponges. The pristine nature of the wreck is not by chance. Here in the icy-cold Southern Ocean, the types of microbes, worms and clams that infest and in some cases, burrow into and consume wood, are absent. Without such vectors of decomposition, the hull and the deck of the ship are beautifully intact.

Dr. Polly Penhale, Environmental Director for the National Science Foundation’s Office of Polar Programs, informed me via e-mail that the wreck of the Endurance is already listed as an ‘Historic Site and Monument’ by the Antarctic Treaty. Remarkably, this protective measure had been ratified by the parties of the Antarctic treaty in anticipation of the famous shipwreck’s discovery. Protections include the ship’s hull and fittings and all items of personal possessions left on the ship by the ship’s company at the time.

In the bigger picture, the Antarctic Treaty does far more that provide a platform to protect historical artifacts. This one-of-a-kind document ensures that the world’s seventh continent, a land mass the size of China and India combined, is devoid of any militarization or exploitation of mineral and oil resources. Even sovereignty land claims go purposefully unrecognized under the treaty. Antarctica remains a continent for science and peace and poignantly illustrates the advantages of international cooperation and collaboration.

In reverence to Shackleton’s party whose return to England demarcated the end of the heroic era, and whose collective ordeal of survival has come to symbolize attributes of exemplary leadership, collaboration, and the boundaries of the human condition, the designation of the ship as a perpetual monument is well served. The Endurance will remain intact on the polar seafloor for centuries to come, serving as a reminder that, to endure, nations must work in unity to preserve Antarctica and its hidden treasures.

Dr. James McClintock is Endowed University Professor of Polar and Marine Biology in the Department of Biology. He recently returned from his 31st trip to Antarctica, 15 of which were expeditions supported by the National Science Foundation.