Doug Barrett is ready for something new

Doug Barrett, associate professor in the Department of Art and Art History, is not afraid to try something new and different. It’s been a recurring theme throughout both his academic and professional journeys, and, so far, it has served him well. 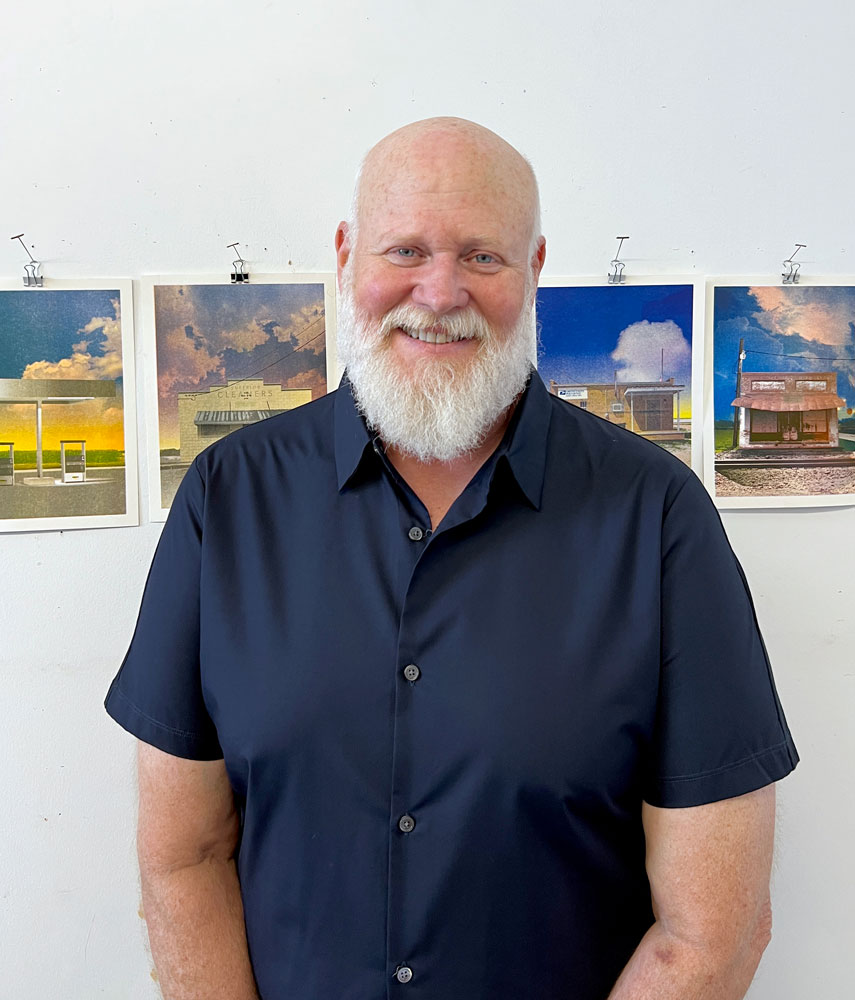 Doug Barrett, associate professor in the Department of Art and Art History, is not afraid to try something new and different. It’s been a recurring theme throughout both his academic and professional journeys, and, so far, it has served him well.

“I was in advertising for 20 years in Orlando, Florida. During the dot-com bubble, when that burst, the company I was working with went out of business,” said Barrett. “I was 42 years old ... and I thought, ‘I probably need to go back to school.’”

It was a pivot that required a certain level of risk-tolerance—and it paid off. Barrett was accepted into the University of Florida’s Design and Visual Communications MFA program, and he quickly found his rhythm within it. While in the program, Barrett sought (and identified) plenty of opportunities to try new things, mostly because he brought 20 years of experience and talent to the program.

“I could pretty much do anything that I wanted to do there. [As a graduate student] I got a lot of experience teaching [at UF], and I co-created this ‘UF in Tokyo’ program where we spent several weeks in Tokyo,” said Barrett. “All of those things built a really powerful portfolio for me.”

After completing his MFA, Barrett accepted a position with UAB’s Department of Art and Art History in 2008. Soon after arriving in Birmingham, Barrett continued to take chances. A strong and impactful example is BLOOM Studio, “a student-run, design studio that focuses on ‘Design for Good’ projects for local non-profits and under-served communities.”

According to Barrett, BLOOM gives students a chance to create deliverables for real clients with real needs. Projects range from creating tourism branding for Bibb County to designing license plates in partnership with the Cahaba River Society and Alabama Audubon.

Regardless of the project, Barrett wants to show his students that their work can make an impact. He also wants them to get outside of their comfort zones.

“If you’re uncomfortable, you’re growing—that’s the thing that I think BLOOM Studio forces students to understand,” said Barrett. “There’s a bigger world out there, and, as a graphic designer, you can help generate economic development or make people’s lives better through design.”

And growing is a major part of Barrett’s evolving career as both a professor and an artist. In 2021, he applied for and received a Mid-Career Pivot Grant through the College of Arts and Sciences. His goal? Purchase and create art with a Risograph (“RISO”) commercial-quality printer.

“I feel like I’ve refreshed my practice. RISO is a hybrid between digital arts and the real world,” said Barrett. “I’m using a RISO process called Grain Touch; it creates a pencil texture. I’m really interested in that sharpness and fuzziness—it creates a lot of atmosphere.”

After receiving the Pivot Grant, Barrett applied for and received a design fellowship from the Alabama State Council on the Arts to further support his new work with the RISO. He’s now exploring a series of pieces that highlight the ways in which both urban and rural cultures intersect in seemingly remote places, such as gas stations and post offices.

“I’m interested in this duality between rural and urban—I think art has a really powerful way of using vernacular imagery to get people to talk about societal issues and to get people to come to terms with what they’re thinking or feeling,” said Barrett.

The results are stunning and dream-like. When viewing his new work, it is difficult to offer any comparisons, which harkens back to his ability to try new things and prompt surprising (and powerful) outcomes. 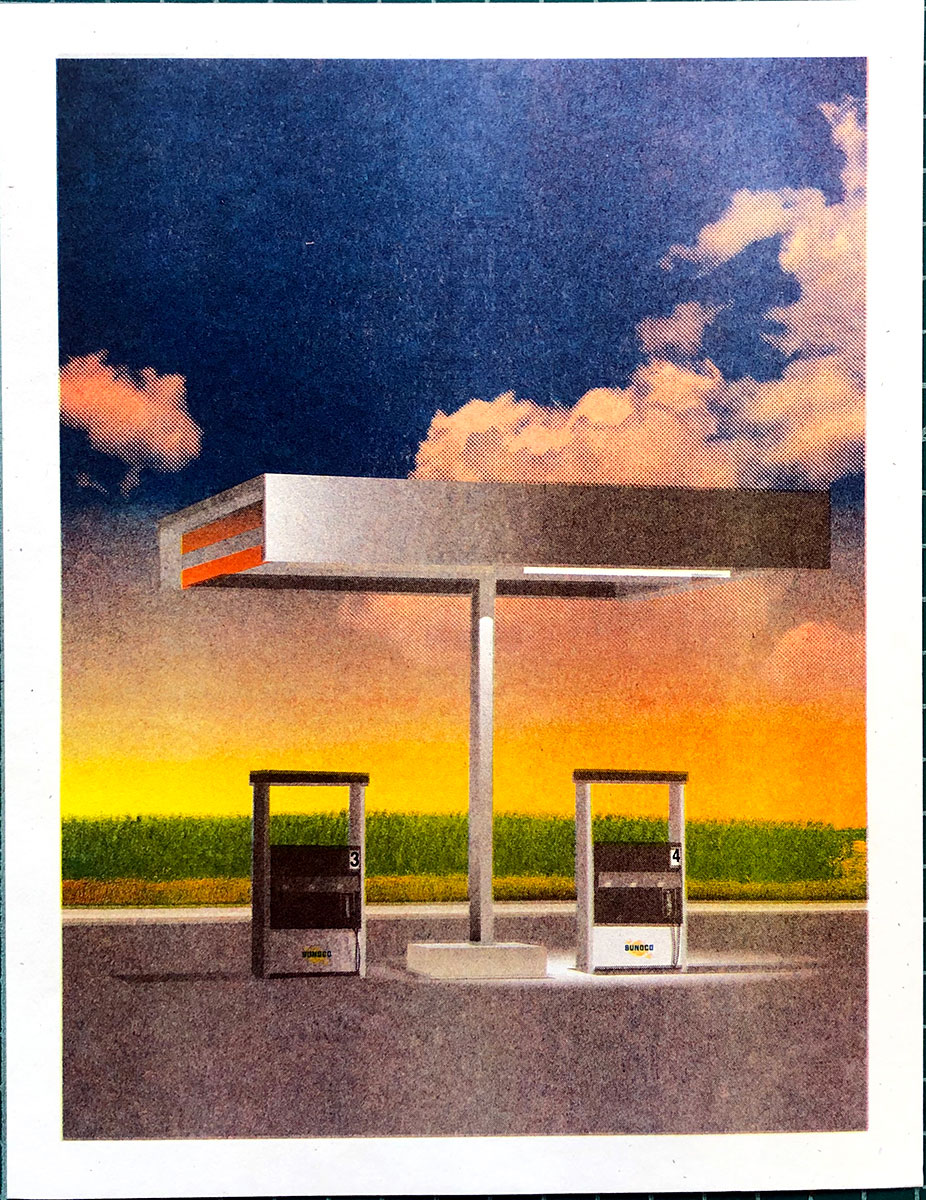 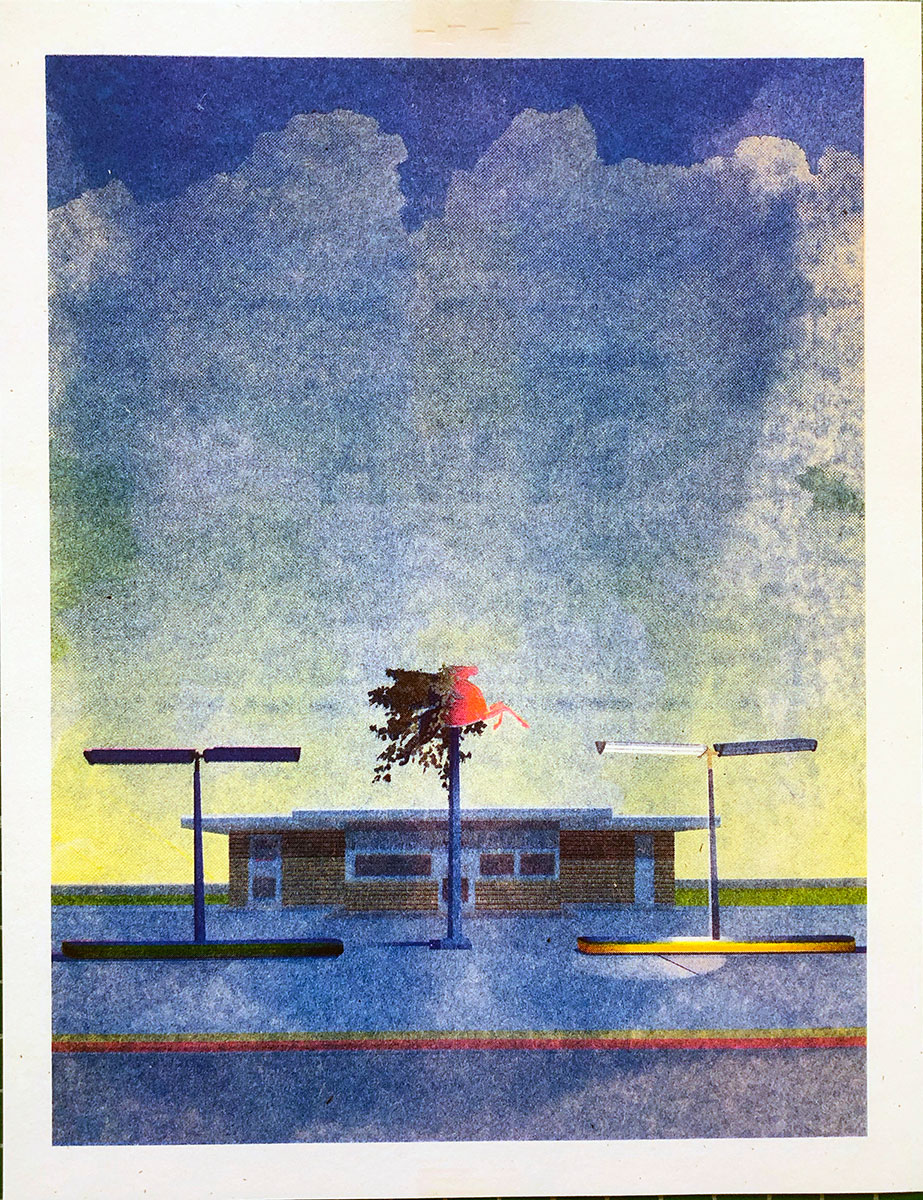