The 2014-2015 UAB Mock Trial Team has advanced out of the Regional Competition held February 20-22 in Jackson, Mississippi. 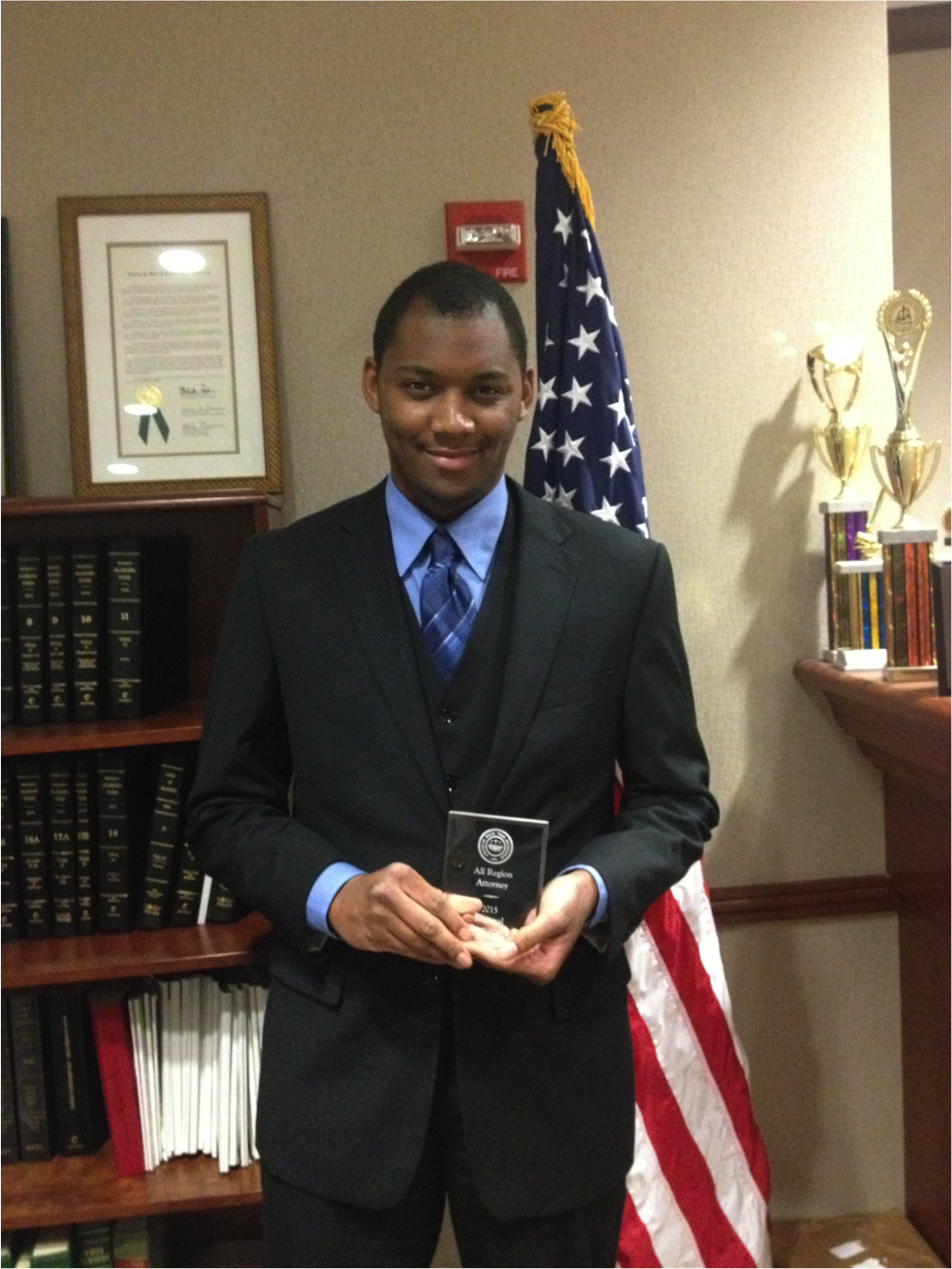 The 2014-2015 UAB Mock Trial Team has advanced out of the Regional Competition held February 20-22 in Jackson, Mississippi.

The Regional Competition is the first level in the American Mock Trial Association’s (AMTA’s) national tournament format, where top teams at each tournament site advance to the Opening Round Championship Series (ORCS) in March. When the three-day regional tournament concluded, UAB accumulated a 5-3 record to finish 8th in the field and earn a bid to ORCS.

Honors received by the team included team captain DeMarcus Williams who received a Best Attorney Award. He was the only attorney at the tournament who earned a perfect score of “20,” which meant that each of the judges ranked him first among all attorneys in the trial competition round. The team earned “honorable mention” for the Spirit of AMTA Award which is awarded to the team that “best exemplifies the ideals of honestly, civility, and fair play.” Millsaps College narrowly edged UAB for that award.

The team travels next to Memphis March 20-22 to compete in the next round of the tournament.