The Pan-African Student Coalition at UAB, organized during this summer semester, hopes to provide a place where students can feel they belong and serve as an umbrella organization for other organizations consisting of people of African descent.
Members of the newly organized Pan-African Student Coalition at UAB recognized Rwandan Liberation Day by gathering in the Hill Student Center on July 5 and talking to students about the anniversary of the end of the 1994 Rwandan genocide.

Sharing knowledge in that way is a part of carrying out the coalition's primary goal of unifying Africans with descendants of Africans from other parts of the world, said Uche MgBodile, PAC President and junior majoring in biology in the pre-medicine track. 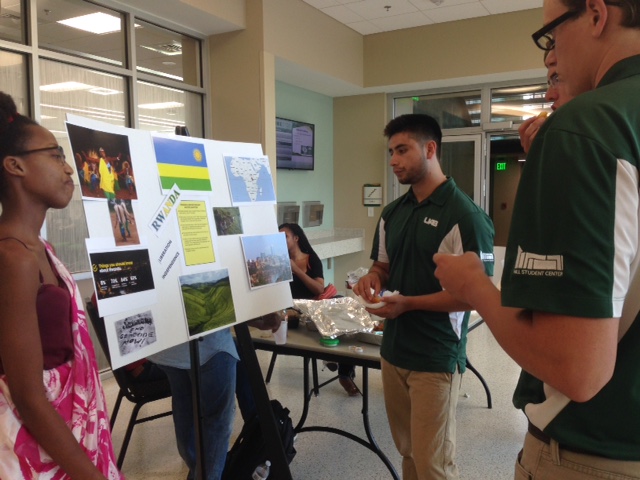 Sharon Uwanyuze, left, a UAB student from Rwanda, talks to other students about Rwanda Liberation Day in the Hill Student Center on July 5."It is just an example of informing people of other cultures even through the littlest things," said MgBodile, whose parents are Nigerian. "Just by bringing people together through food and small talk we already started sparking interest with people, thus beginning the cycle of unification."

The Pan-African Student Coalition, organized during this summer semester, hopes to provide a place where students can feel they belong and serve as an umbrella organization for other organizations consisting of people of African descent. The main goals of the group are unification, cultural and social awareness and scholastic advancement.

MgBodile, an Atlanta native who has lived most of her life in Birmingham, said she decided to get involved when she noticed a disconnect between Africans and African Americans on campus and realized that it was mostly due to the lack of knowledge of each other. 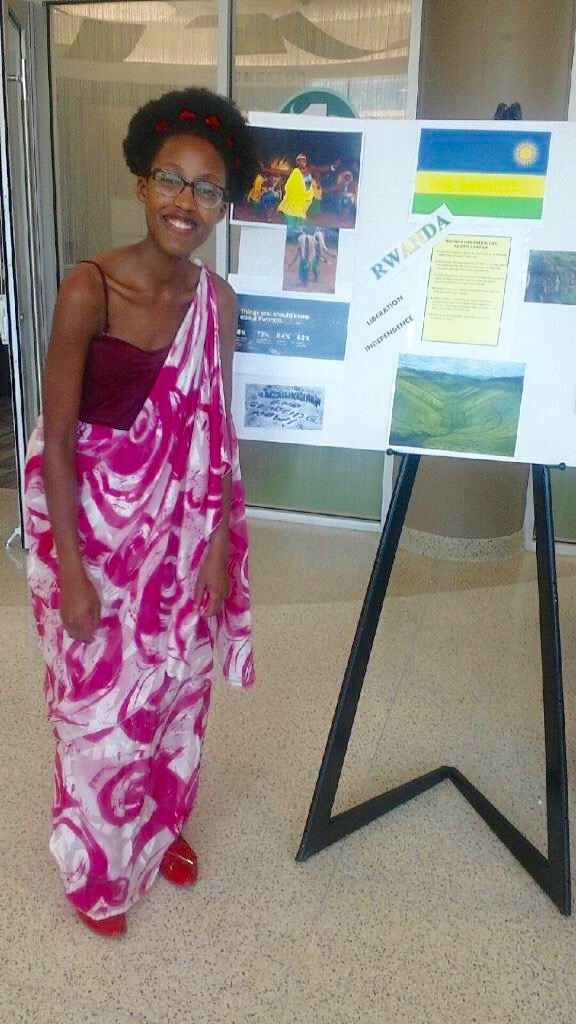 "The Pan African Student Coalition contributes to that mission by bringing together African and African American student groups into an alliance that promotes cultural understanding between the groups and strengthens the bonds of students on this campus who are of African descent," Morgan said.

The Coalition plans to sponsor events including community service, fundraisers, forums about current and historical events relating to Pan-Africans, dance classes, and video and documentary screenings.