Dean's Message: Women's History Month and the School of Medicine 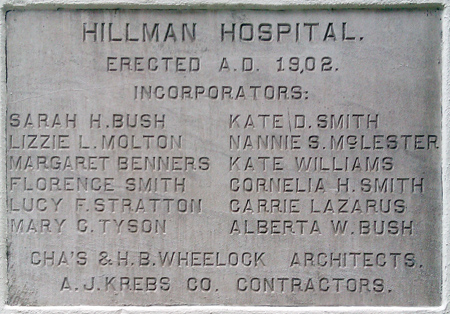 Cornerstone of the 1902 hospital buildingIn celebration of Women’s History Month, I want to reflect on some of the many ways women have impacted, shaped, and led our academic medical institution throughout the years. Since the medical school’s earliest days, women have played a vital role in its development and success. In 1887, a group of Protestant, Catholic, and Jewish women in Birmingham gathered together with the inspiration to establish a charity hospital in Birmingham. The Daughters of United Charity—or the “Board of Lady Managers” as they called themselves—raised the funds needed to open the Hospital of the United Charities (a precursor to Hillman Hospital) in 1888 in Birmingham’s Southside. The creation of this hospital, along with several later mergers, formed the foundation of the city’s medical community and eventually led to the establishment of the University of Alabama at Birmingham. By 1897, the state legislature had chartered Hillman Hospital and vested its management in the Board of Lady Managers.

The Birmingham Medical College opened its doors in 1894. In 1899, Elizabeth White graduated as the first and only woman graduate from the Birmingham Medical College. Around the same time, the then Mobile-based Medical College of Alabama began its move to Tuscaloosa. On May 26, 1925, Jimmie Ethel Montgomery received a B.S. degree in Medicine from The University of Alabama, thus becoming the first woman to graduate from the Medical College of Alabama at its Tuscaloosa campus. She later received an M.D. from the University of Minnesota and was a general practitioner in Bibb County for several decades. In 1931, Dr. Eleanor Abrams Hunt became the first woman to receive a full-time faculty appointment as an assistant professor of Histology and Embryology at the medical school. One year later, Dr. Louise H. Branscomb, a gynecologist, became the first woman physician granted staff privileges at county-operated Hillman Hospital and would later hold a clinical appointment at the medical school from 1945 until her retirement in 1975. 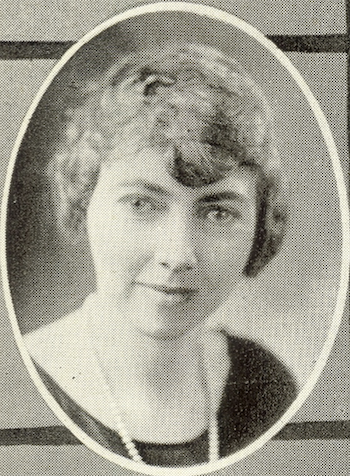 Jimmie Ethel Montgomery, circa 1925Over the course of time and through several mergers and acquisitions, the Medical College of Alabama eventually moved all its training programs to Birmingham. By 1944, it became a four-year medical school. That same year, 54 students (including three women) graduated as the last class of the two-year, basic medical sciences program in Tuscaloosa. One year later, Dr. Melson Barfield-Carter became chair of the Department of Radiology and the first woman to head a department at the Medical Center. In 1946, the Birmingham-based Medical College of Alabama held its first commencement ceremony, and Virginia Dare Hamilton became the first woman to receive an M.D. degree from the college.

In 1952, Anna Jane Reid was the first woman to receive a graduate degree (in biochemistry) awarded through the Medical Center, thus beginning UAB’s history of educating outstanding woman scientists in addition to woman physicians. Ruth Stillman Hare received the first doctoral degree (in pharmacology) in 1955. And in 1964, the entering class of eight students in the medical technology program at University Hospital included one African-American, Wilma Ann Barnes. She was the first African-American enrolled in any programs in the Medical Center.

Inevitably, the Medical Center would become the University of Alabama at Birmingham’s School of Medicine as we know it now, an academic medical institution that is truly rich in woman leadership. Women connected to the SOM have received national—and even international—recognition for their contributions to the medical, scientific, and public health communities. In fact, earlier this week, one of our most prominent woman leaders, Dr. Mona Fouad, was recognized as UAB’s 2018 Distinguished Faculty Lecturer. As is the case for many of the women I’m privileged to work with on a regular basis, Dr. Fouad’s list of accomplishments is long and impactful.

I’d like to take this moment to acknowledge that the path to success in the sciences has been laden with more obstacles for many of my woman colleagues. However, as we look to the years ahead, I am confident that we will continue to strive toward equality as well as provide resources to help our woman faculty and staff advance their careers. I’d also like to express my sincerest gratitude to the women who help propel this organization forward. I admire you and consider myself fortunate to work alongside you.