Ascherman continues to promote culture of diversity, inclusion in Department of Psychiatry 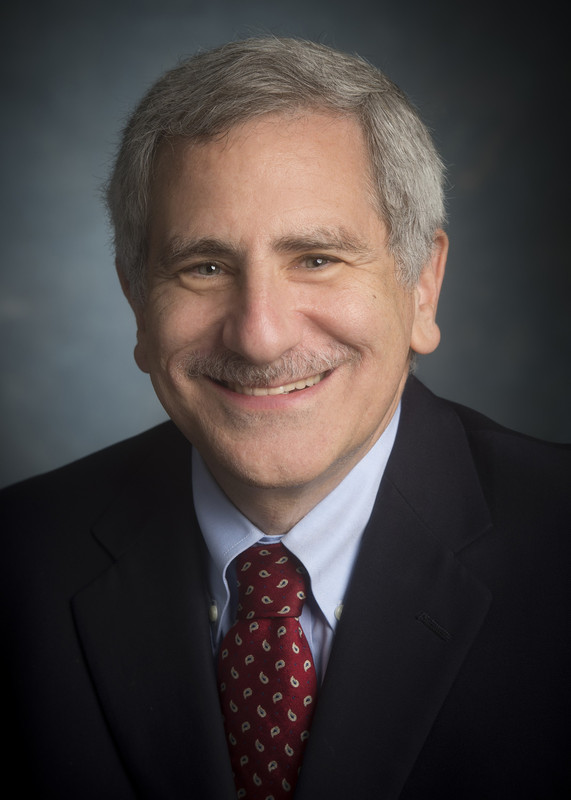 An old hardback rests at the top of Lee Ascherman’s book shelves. A childhood gift from his cousin, the book, “All About Us,” by Eva Evans focuses on embracing differences.“It’s around 70 years old now, but for its time, it was a remarkably liberal book on differences in race, culture and religion,” he said. “It influenced me very early about the importance of tolerance and acceptance of others.”

Growing up in Cleveland, Ohio, a city then filled with immigrants from post-war Europe, he saw firsthand the damaging effects of prejudice and intolerance on the community.

“Diversity was really something quietly very important to me. I grew up in a community that had many immigrants from post-war Europe. Most of these folks had experienced the most horrific things that come with intolerance,” Ascherman, M.D., MPH, said. “I think it further sensitized me to the importance of tolerance and what happens in a culture and society when that isn’t protected and valued.”

Ascherman’s initial interest in psychiatry came after he completed his undergraduate degree at Case Western Reserve University in 1977, and, because one summer he had worked as a camp counselor, was asked if he wanted to work on the child psychiatry unit at University Hospitals of Cleveland.

“They asked me if I wanted to work on child psychiatry, and that’s how I got interested in the field. They could have sent me to laundry or food service, but instead sent me to an area where I’d spend my career,” he said.

After completing his medical degree at Case Western in 1982, he completed an internship and residency at Georgetown University Hospital and moved to Topeka, Kansas in 1986 to complete child and adolescent psychiatry fellowship training. Ascherman stayed in Topeka at the Menninger School of Psychiatry as a faculty member for five years before coming in 1993 to UAB’s Department of Psychiatry, where he is now a professor and vice chair for Education and Training and director of the Division of Child and Adolescent Psychiatry.

"We as a department are really diverse ethnically, religiously and racially. We‘ve cultivated a culture among our faculty and residents where we celebrate each other’s holidays, events and milestones,” Ascherman said.

Not only does this department sustain a diverse faculty and environment, it also recruits a diverse group of residents each year. “We’ve constantly had an incredible cross-section of people within our residency program,” said Ascherman, who also serves as director for the Child and Adolescent Psychiatry Residency Training Program. “We are probably one of the most diverse divisions in the medical center, maybe in the country compared to other child psychiatry divisions.” Ascherman has been recognized for his efforts in being selected as a senior faculty recipient of the 2015 Dean’s Excellence Award in Diversity Enhancement in the School of Medicine. He was previously honored in 2011 with the UAB President’s Diversity Award in recognition of his efforts in both the Division of Child and Adolescent Psychiatry and throughout the entire department.

“I think it’s a really neat recognition of something that is important to me, although, it is not something I consciously did,” Ascherman said. “I didn’t consciously promote the diversity by intentional selection, as much as really trying to remove any kind of barriers so that who we are reflected quality folks who wanted to be in the division for either training or teaching.”

Ascherman hopes to continually promote a culture of diversity within his department, division and throughout the School of Medicine through the remainder of his career.

“I really think that our lives and ideas are greatly enriched by our differences and the perspectives we gain from one other,” he said. “That enrichment, to me, is much better than homogeneity.”