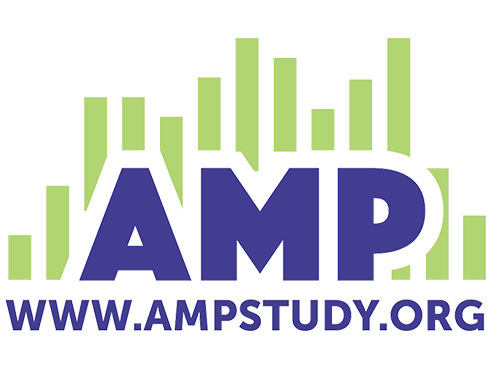 New HIV infections among young men and transgender individuals having sex with men are on the rise. Globally, there are more than 35 million people living with HIV/AIDS with 7,000 new infections every day. In the United States, there are 50,000 new HIV infections every year. In an effort to make a positive impact on the global HIV pandemic, the University of Alabama at Birmingham School of Medicine’s Alabama Vaccine Research Clinic is participating in a new clinical trial called AMP, or Antibody Mediated Prevention, that will test whether an antibody against HIV, VRC01, can stop HIV transmission. The study will begin recruiting in late spring 2016.

“We are testing a new way to prevent HIV by using antibodies for the first time,” said Edgar Turner Overton, M.D., co-director of the AVRC. “Antibodies have been used successfully to prevent other infections, including a serious respiratory infection in infants called RSV. VRC01 is made in a laboratory, using the same kinds of processes used to make other medicines. If our study establishes that these antibodies prevent HIV acquisition, a whole set of scientific breakthroughs could follow, some of which may take us much closer to making an effective HIV vaccine.”

Antibodies, proteins made naturally by the body, are tools to fight infections. They are part of the immune system, which protects against illness and disease. The body produces unique antibodies in response to each disease agent. Antibodies can be replicated in labs to be used as a medication, such as VRC01.

The VRC01 antibody is able to bind onto HIV at the CD4 binding site on the gp120 protein. This neutralizes HIV and prevents HIV from being able to attach to cells and infect them. In lab tests, VRC01 was able to block HIV infection in about 90 percent of the different samples of HIV against which it was tested. The VRC01 antibody is currently experimental and can be used only in research. There is no actual HIV in the VRC01 antibody, thus it is impossible for participants to contract HIV by participating in the AMP study.

VRC01 will be administered in a double blind study to six randomly assigned groups receiving 10 intravenous infusions, or IVs, over a 22-month period. The international study will look at the safety and efficacy in each group receiving one of two formulations of the VRC01 antibody study products: a low-dose VRC01-10 mg/kg or high-dose VRC01-30 mg/kg.

Throughout the clinical trial, each participant will receive counseling and risk-reduction tools. Participants will have immune responses monitored and HIV status checked, and the results of each group will be compared at the end of the study.

UAB is part of a group of centers throughout North and South America that will recruit 2,400 men, and transgender individuals who have sex with men. In Africa, the same study is being conducted on 1,500 heterosexual women. The study will look at participants at risk for HIV infection to test for safety of VRC01, for immune response and to get a first look at efficacy. The results obtained over the next five years will determine the next phase of the study, which will expand to many thousands of participants at risk.

The UAB School of Medicine’s Alabama Vaccine Research Clinic is currently recruiting men and transgender individuals having sex with men to join the study. Candidates will receive a physical exam and HIV testing to determine eligibility. AMP study participants will be compensated for their time and travel.

The UAB School of Medicine’s Alabama Vaccine Research Clinic was founded in 1994 and serves as the local site for the HIV Vaccine Trials Network. Funded by the National Institutes of Health, the clinic is dedicated to working with the local community to provide HIV vaccine education and research.