"It is my great pleasure to announce the winners of the 2016 Dean's Excellence Awards," said Selwyn M. Vickers, M.D., F.A.C.S., senior vice president for Medicine and Dean of the UAB School of Medicine. "These awards recognize the truly outstanding work done by our faculty across these key areas. Each of the faculty members honored this year have much to be proud of in their careers here at UAB, and I greatly appreciate their commitment to our institution." 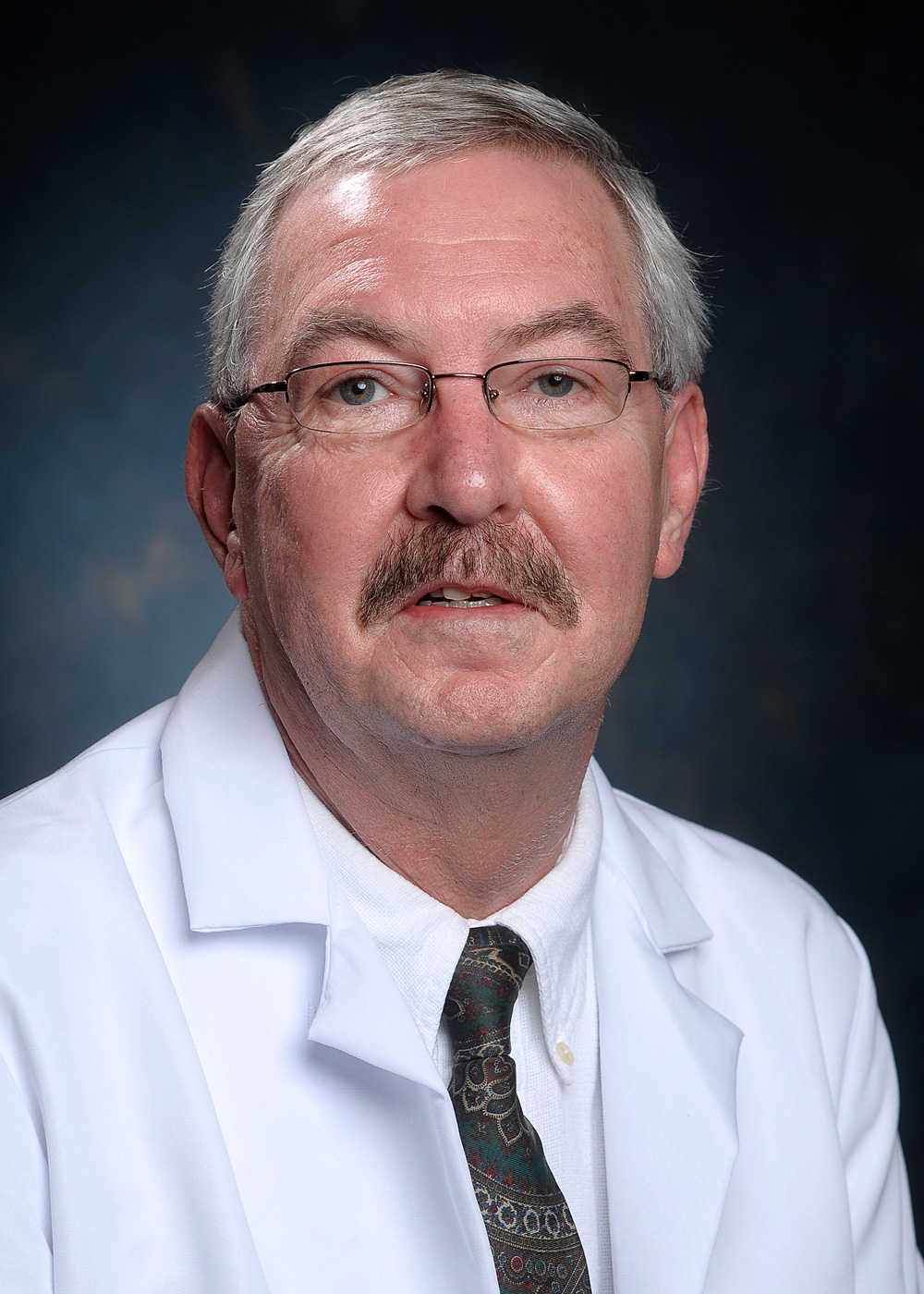 Ed BlalockJ. Edwin Blalock, Ph.D., professor of Medicine in the Division of Pulmonary, Allergy and Critical Care Medicine, is a dual senior faculty winner of the Dean’s Excellence Award in Research.

Blalock has been an active and vibrant faculty member at UAB for over 30 years.  Victor J. Thannickal, M.D., director of the Division of Pulmonary, Allergy and Critical Care Medicine, said Blalock’s research has provided groundbreaking observations in the fields of neuroimmunology, endocrinology and pulmonary medicine.

“Ed is an active presence in the laboratory and carefully reviews data with trainees on a daily basis. He sets a high bar for the quality of the research coming from his lab group and demonstrates a strong example for the ethical conduct of research,” Amit Gaggar, M.D., a former trainee and current associate professor of Medicine in the Division of Pulmonary, Allergy and Critical Care Medicine.

Over his career at both the University of Texas Medical Branch and UAB, Blalock has published over 300 manuscripts and has been responsible for $22 million dollars of direct research funding. His work has been published in New England Journal of Medicine, Nature, Science, Nature Medicine, Proceedings of the National Academy of Science and Journal of Clinical Investigation.

He has mentored over 55 trainees over his career, leading the development of numerous successful careers in both science and medicine. 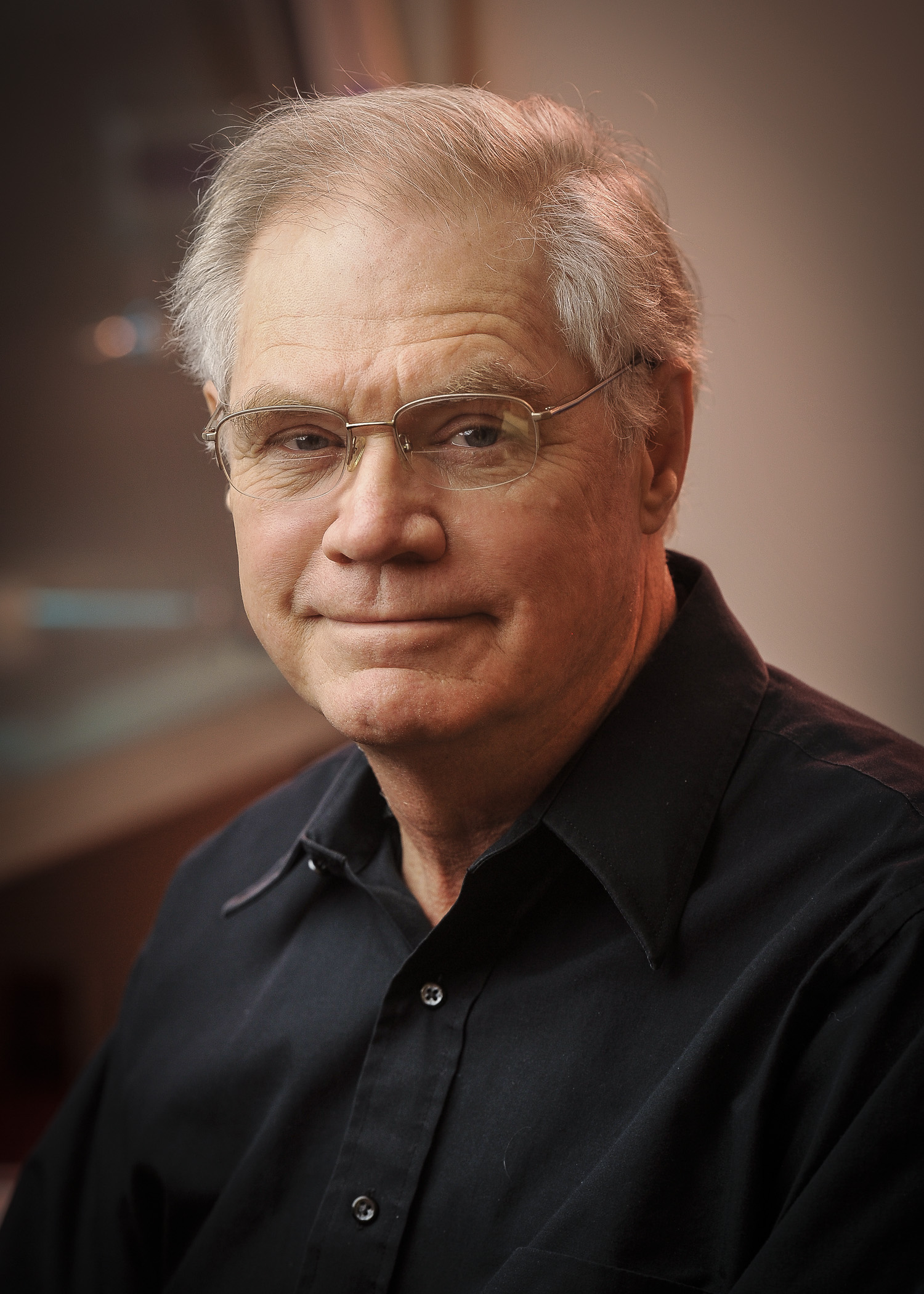 Since he joined the faculty in 1978, more than 75 graduate students, postdoctoral fellows, undergraduates, high school students, visiting scientists and research technicians have been a part of Briles’ laboratory group. More than 25 percent of these individuals were from underrepresented minorities, more than 30 percent were from non-United States backgrounds and approximately half were women.

Janet Yother, Ph.D. and Peter D. Burrows, Ph.D., professors in the Department of Microbiology who nominated Briles for the award, said his consistent efforts to make his lab a welcome environment for individuals of all backgrounds epitomize the commitment that has helped UAB become one of the most diverse universities in the country.

“Dr. Briles actively sought to bring graduate students and other trainees from underrepresented minorities into his laboratory. Few people can appreciate now what an important step that was,” they said. “The welcoming and nurturing atmosphere that he provided attracted more trainees from diverse backgrounds into his group and, perhaps more importantly, into many other laboratories and departments, who learned by example from Dr. Briles.” 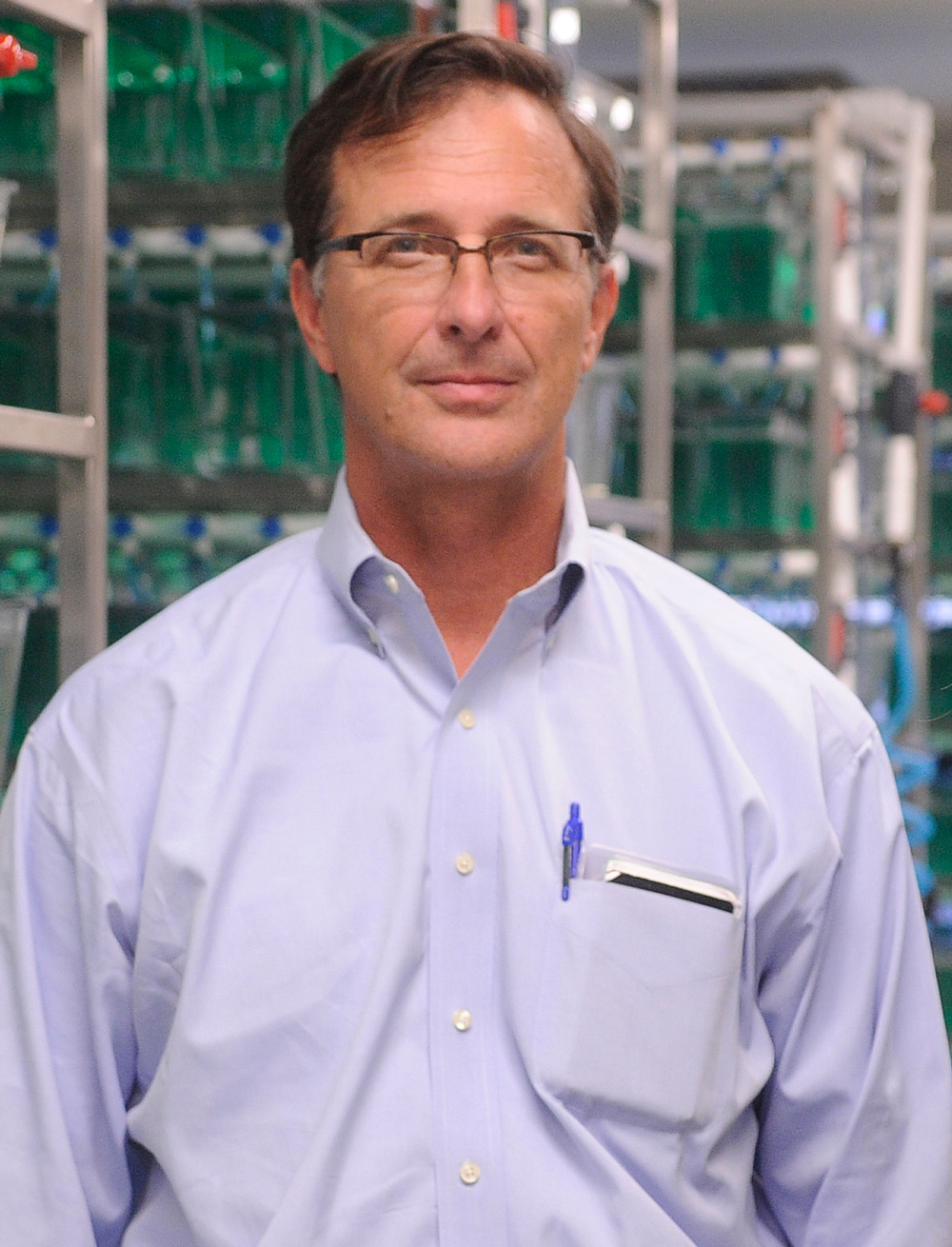 Cartner is the UAB associate vice president for Animal Research Services and director of the Animal Resource Program. Cartner was praised in several nomination letters for his tireless work in both finding creative solutions to complex infrastructure issues and his exceptional ability to anticipate faculty needs in the use of unique research models.

“His leadership has led to improvements in at least ten buildings and construction of two.  Sam thinks ahead to make sure that new equipment is available to investigators before they ask,” said Pam Bounelis, Ph.D., assistant dean in the School of Medicine and professor of Cell, Developmental and Integrative Biology. “Sam is a smart strategist. He enjoys nothing better than anticipating a need, putting a hard-working and diverse team together, completing the job, and then celebrating a successful outcome.” 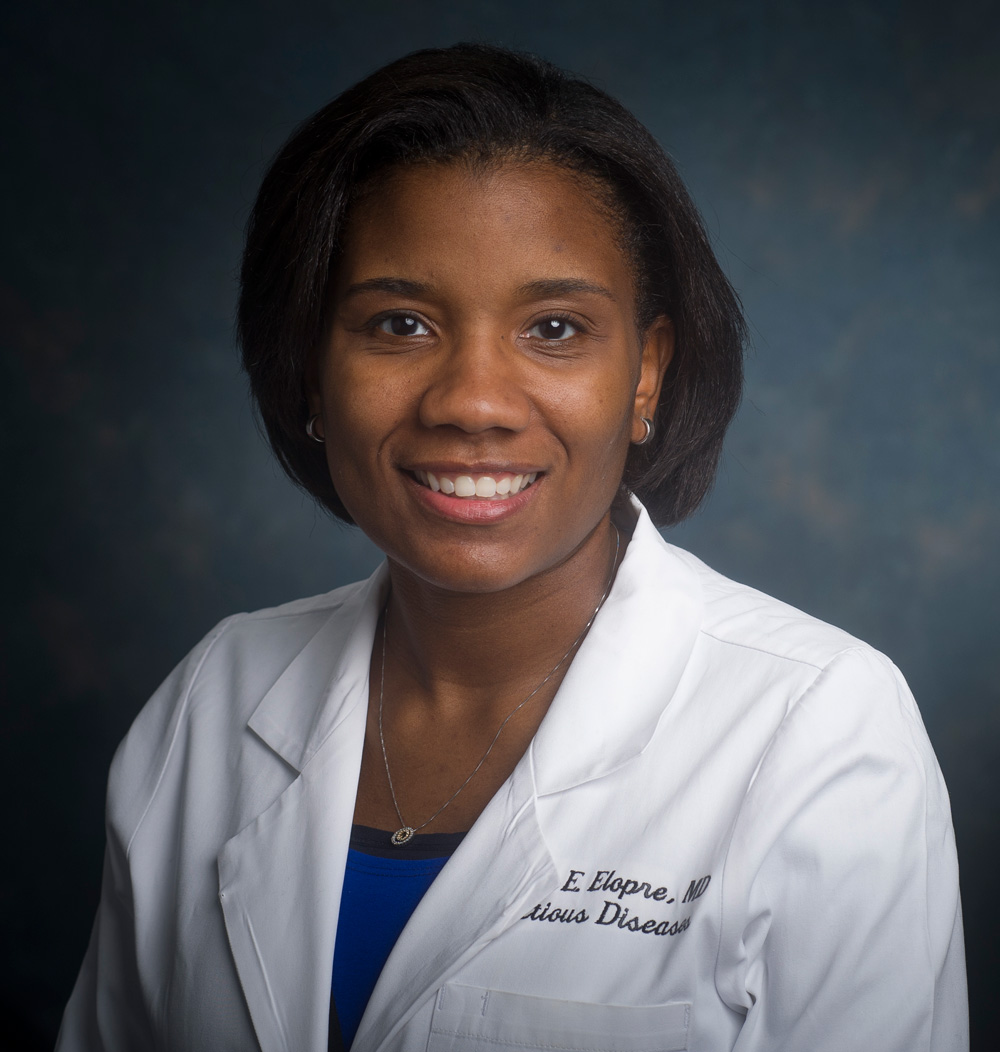 Latesha ElopreLatesha Elopre, M.D., instructor of Medicine in the Division of Infectious Diseases, is a junior faculty winner of the Dean’s Excellence Award in Diversity Enhancement.

Elopre joined UAB in 2009 to complete her residency in internal medicine after earning her medical degree at the University of Florida College of Medicine. She’s a postdoctoral fellow in the Division of Infectious Diseases and holds the newly established role as director of diversity and inclusion for the Tinsley Harrison Internal Medicine Residency Program, in which she’s developed and implemented strategies to enhance inclusion of trainees from diverse backgrounds and interests.

“Her enthusiasm, commitment and dedication to improving diversity and inclusion at UAB will not only make UAB a better institution, but will improve the health and wellness of our diverse patient population,” said Lisa L. Willett, M.D., professor of Medicine and director of the Tinsley Harrison Internal Medicine Residency Program. “She embodies all the attributes of an excellent role model and leader for our School of Medicine.” 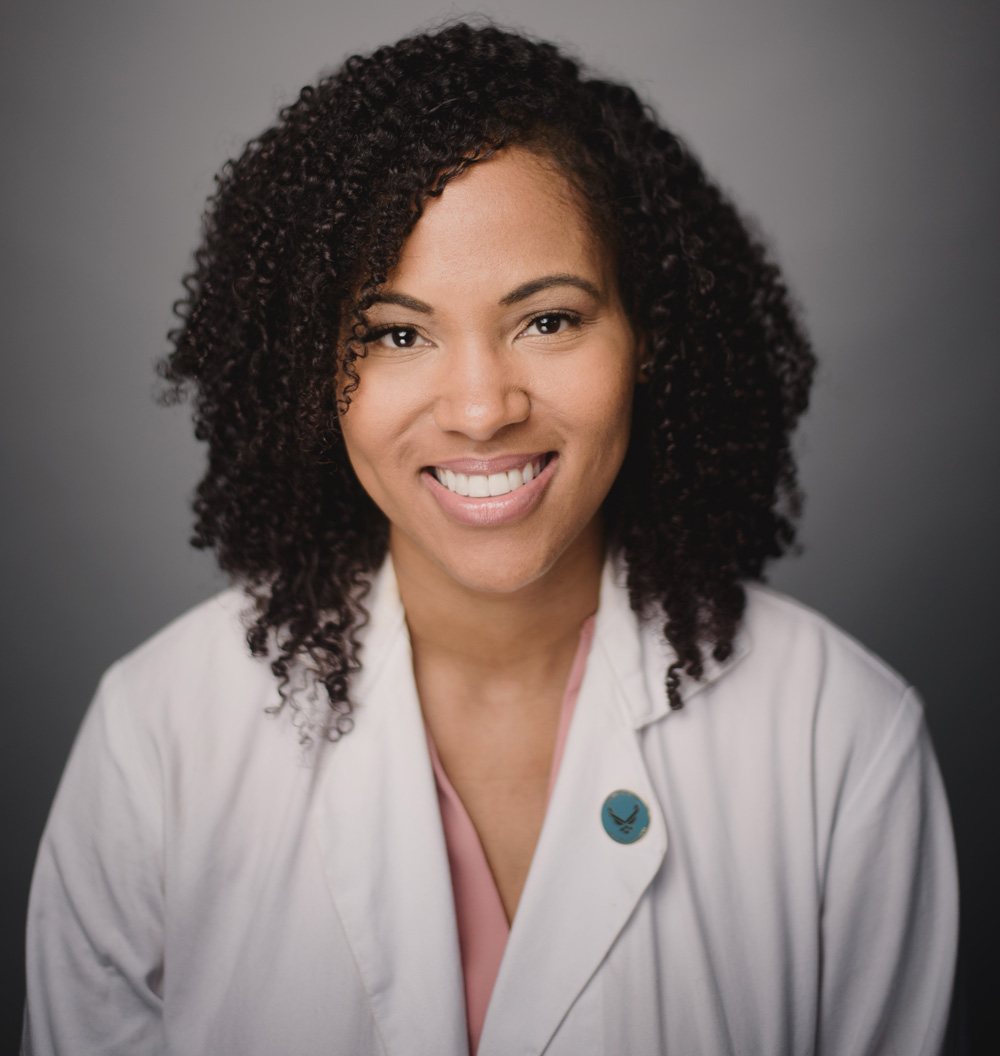 Former UAB faculty member Nicole Redmond, M.D., Ph.D., MPH, who nominated Kennedy for the honor, said Kennedy has enriched the academic environment for the UAB Hospitalist Service by creating education/training initiatives, quality improvement initiatives and the UAB Procedure Service, a clinical consult team performing ultrasound guided bedside procedures. She implemented standardized training for participating clinicians, structured the clinical operations, and under her leadership the service has grown to a 7 days per week service that boasts >900 consults with a 90 percent success rate and only one complication since its inception in August 2014.

“Kierstin has created programs and opportunities to improve her service in her relatively short time as faculty.  It is this dedication to excellence and innovation that I believe warrants her consideration for this award,” Redmond said. “Kierstin is blazing a trail for academic hospitalists at UAB in a way that enhances UAB’s visibility and leadership in hospital medicine nationally.” 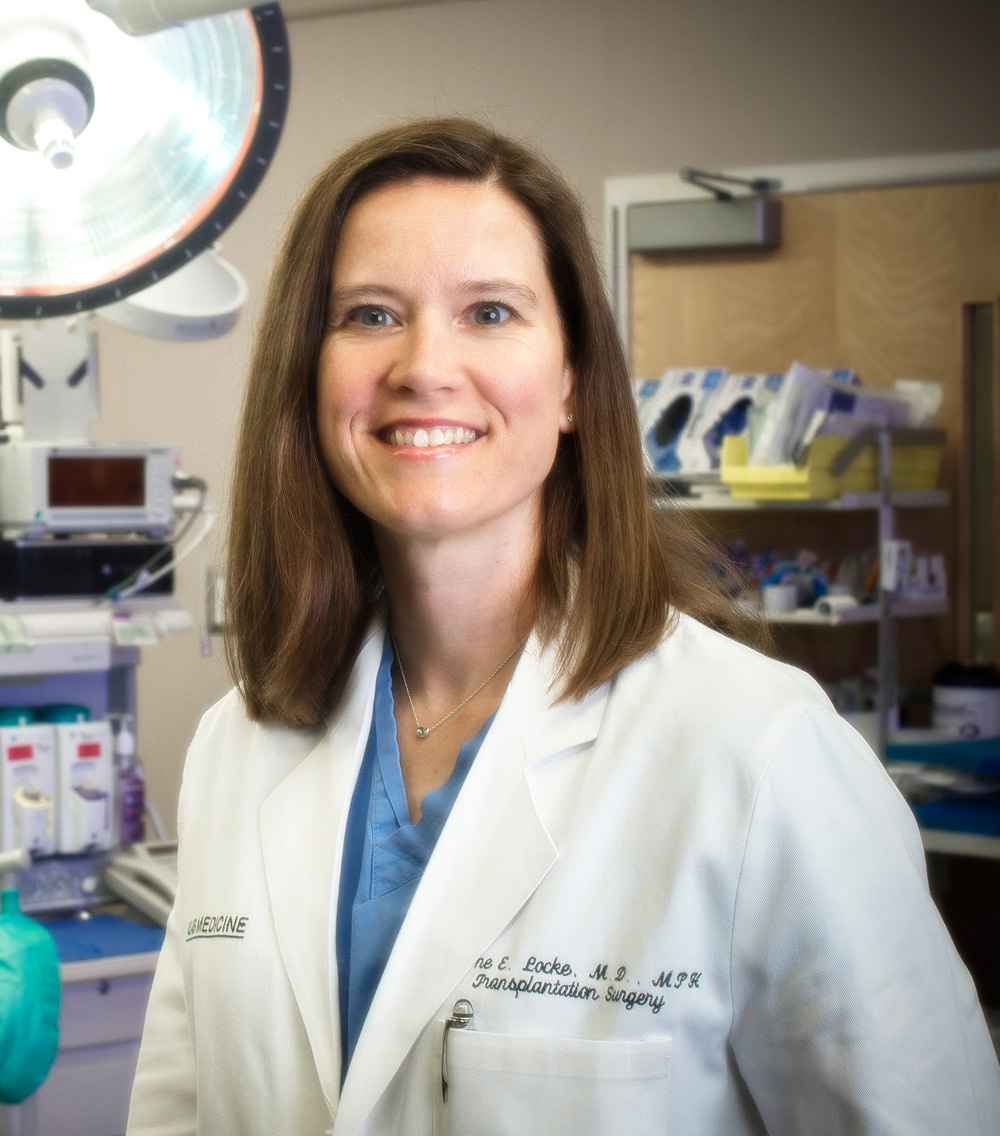 Locke has established herself as an expert in antibody medicated rejection models and in HIV-infected kidney transplants. Locke is also the founder and director of the Comprehensive Transplant Institute’s Outcomes Research Center, a multidisciplinary collaboration across UAB School of Medicine, UAB School of Public Health, Center for AIDS Research, Minority Health and Health Disparities Research Center and Nephrology Research and Training Center, as well as groups at Johns Hopkins University and Vanderbilt University and the Scientific Registry of Transplant Recipients. Herbert Chen, M.D., chair of the Department of Surgery, said that by using this large network for her hypothesis-driven clinical research, Locke has been able to answer clinical questions that couldn’t be previously addressed and has had her findings published in 51 peer-reviewed articles.

Locke was honored earlier this year as one of the 2016 Pittman Scholars in the School of Medicine. 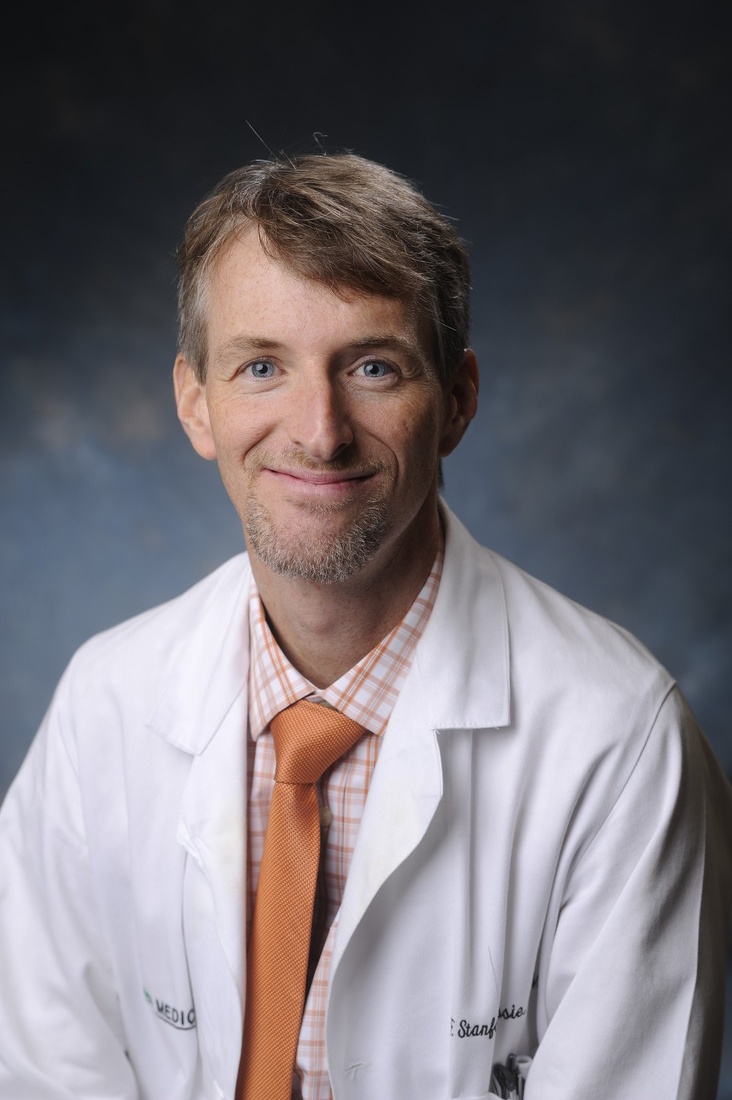 Stan MassieF. Stanford Massie Jr., M.D., professor of Medicine in the Division of General Internal Medicine, is the senior faculty winner of the Dean’s Excellence Award for Teaching.

Massie, who joined the UAB faculty in 1997, has led the instruction of more than 2,500 first- and second-year medical students in his 17 years as director of the Introduction to Clinical Medicine course. He is the recipient of multiple teaching awards from students, internal medicine residents and peers in the Department of Medicine, including the Top Ten Teacher Award (1998-2003; 2006-2007; 2010-2011); Best Clinical Teacher in Medicine Tinsley Harrison Award (00’-01’); Department of Medicine Award for Clinical Excellence Award (2005-2011); Outstanding Teacher in Division of General Internal Medicine (2007-2008; 2009- 2010); and DOM Teaching Excellence Award (2015). He has also won top honors at the school level, including the Leonard Tow Humanism in Medicine Award.

“Dr. Massie exemplifies the qualities and skills of a master clinician-educator,” said Carlos Estrada, M.D., M.S., director of the Division of General Internal Medicine. “He is a superb role model for medical students, residents and faculty. He inspires and promotes the highest standards of humanism, quest for excellence and integrity.” 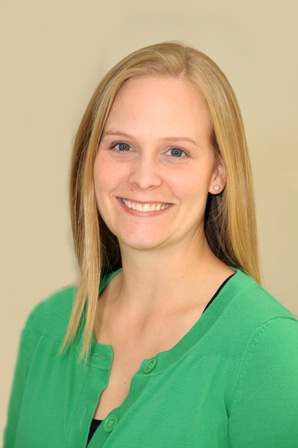 Nassetta joined the UAB faculty in 2010 after completing her pediatric residency training and year as co-chief resident at UAB in 2010. She’s assistant program director and course director of the department’s Resident Hand-off and Cross Cover courses, director for the Resident Career-Directed Experience for the Pediatric Residency Program, faculty advisor for the Honor Council and course director for the SOM’s acting internship in General Inpatient Pediatrics.

“In these roles, Lauren has been responsible for the development of multiple curricula, including the innovative Hand-off and Cross Cover curriculum for pediatric interns, which has been shared with other residency programs across the nation,” said Tina Simpson, M.D., MPH, associate professor of Pediatrics and director of the department’s Office of Faculty Development. “Lauren also developed and implemented a mobile education app for residents.” 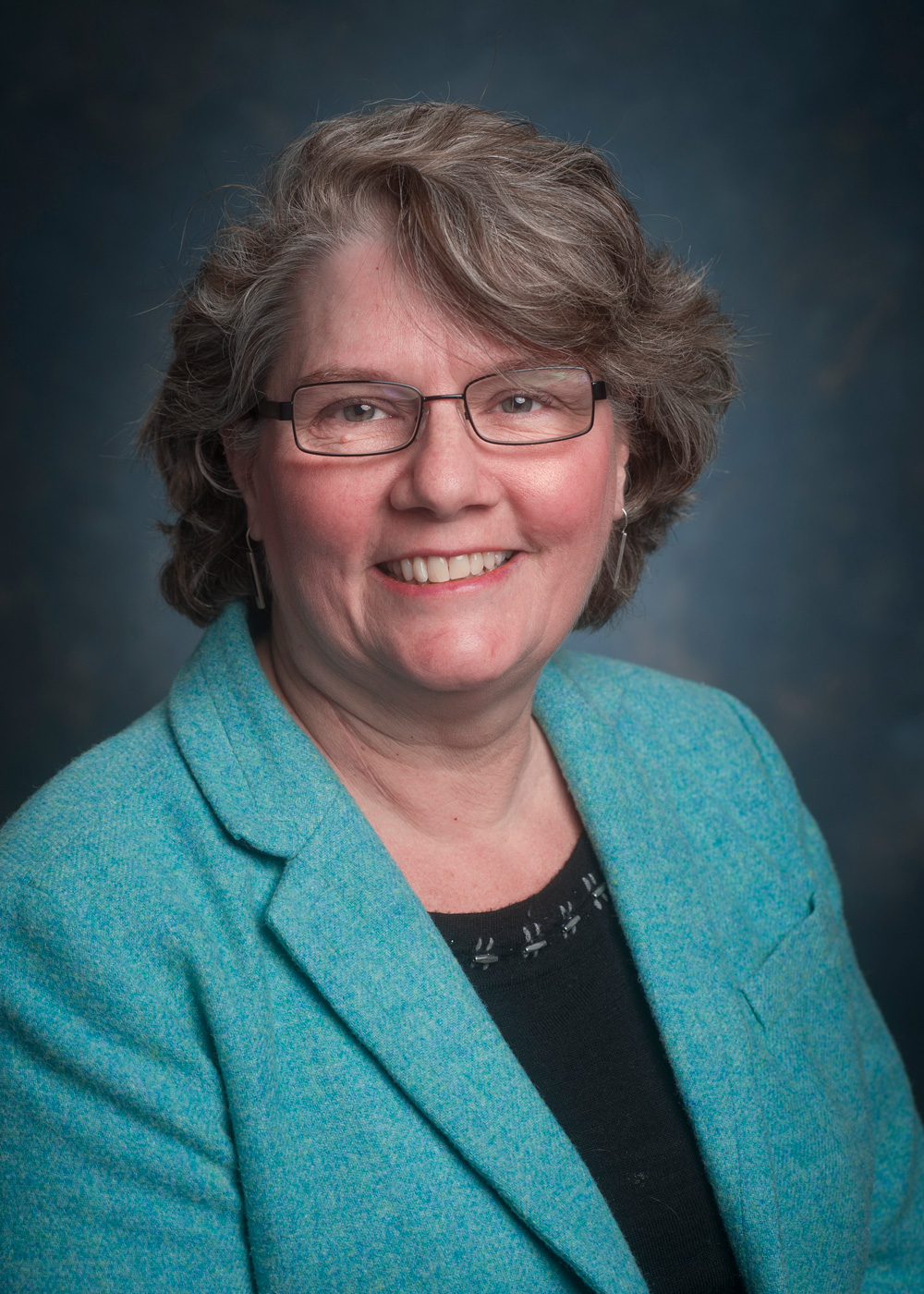 Jennifer PollockJennifer Pollock, Ph.D., professor of Medicine in the Division of Nephrology and co-director of the Cardio-Renal Physiology and Medicine Program, is a senior faculty winner of the Dean’s Excellence Award for Mentoring.

Over the course of her career, Pollock, who was recruited to UAB in 2014, has mentored more than 65 trainees at all career levels. She currently serves as primary mentor to two graduate students, an M.D./Ph.D. student, three postdoctoral fellows and four faculty members. She’s also worked to promote basic science to undergraduate students through the Summer Cardio-Renal Physiology Undergraduate Research Experience (SeCURE) she established at UAB. The program will host eight undergrads from across the country to provide 10 weeks to training and hands-on professional laboratory experience.

“Dr. Pollock’s career thus far has been a fantastic example of the types of success one can achieve with hard work and dedication, while still having a personal life and family,” Hyndman said. “She has been actively funded for over 20 years, has published close to 200 publications and won numerous awards, including the prestigious 2014 Bodil Schmidt-Nielsen Award for outstanding mentorship from the American Physiological Society. Her ability to balance her personal life and career while maintaining an energetic, positive and professional attitude is leading a great example.” 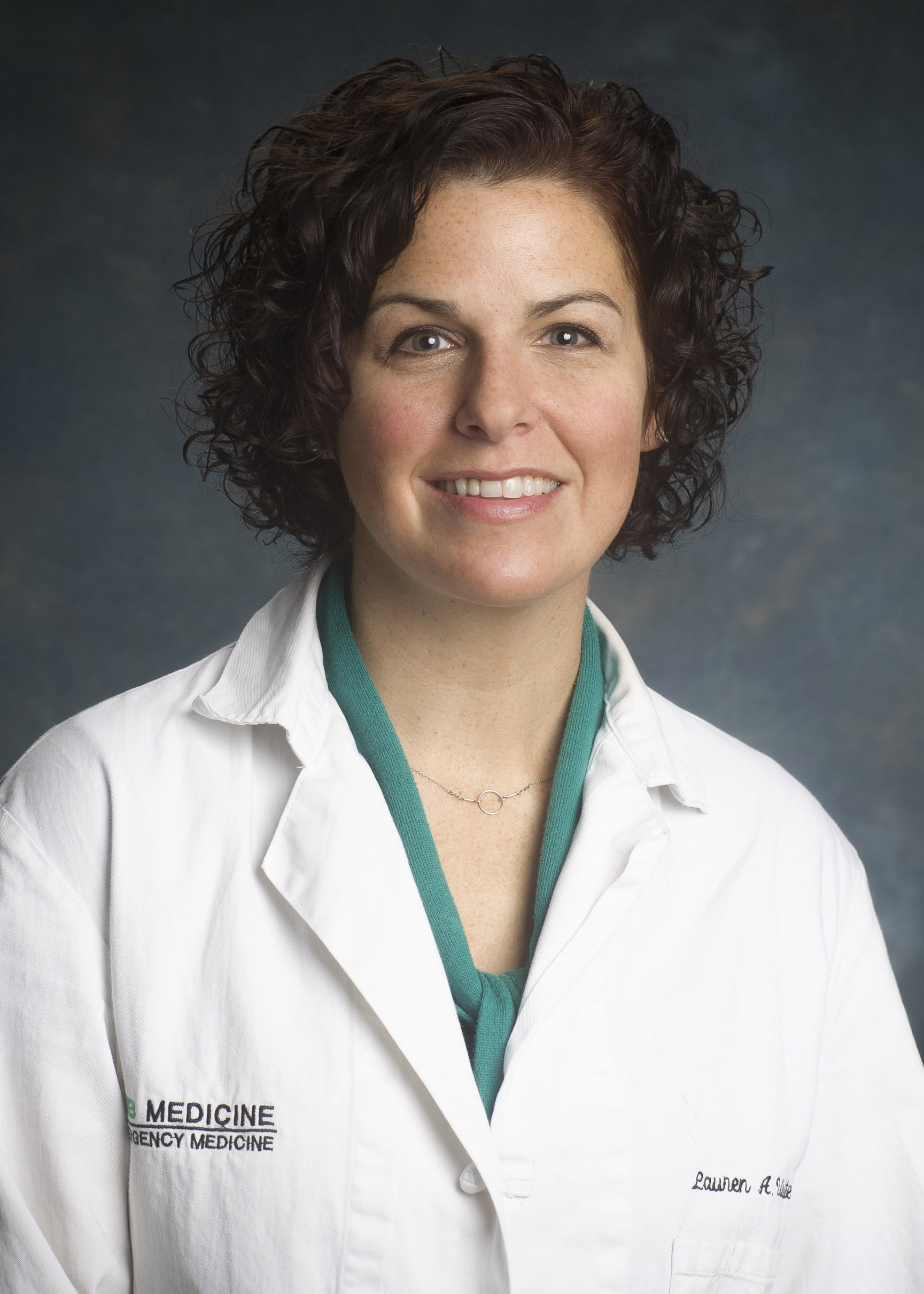 Lauren WalterLauren A. Walter, M.D., assistant professor of Emergency Medicine, is a junior faculty winner of the Dean’s Excellence Award for Mentoring.

Therese Medalle, M.D., said Walter has brought together the female physicians in the Department of Emergency Medicine through the creation of the Women in Emergency Medicine Mentorship and Interest Group and through quarterly events hosted for female residents and attending physicians. Walter has been active in the revival of the student and faculty chapters of the American Medical Women’s Association in the School of Medicine, and is also a formal mentor for several former and current Emergency Medicine residents, scholarly mentor for a second-year medical student and summer research mentor for two, first-year medical students.

“Dr. Walter is professional, down-to-Earth, approachable and practical,” Medalle said. “She goes above and beyond her required duties and is a strong female role model with mentorship experience at multiple levels. She exemplifies mentorship in our department.” 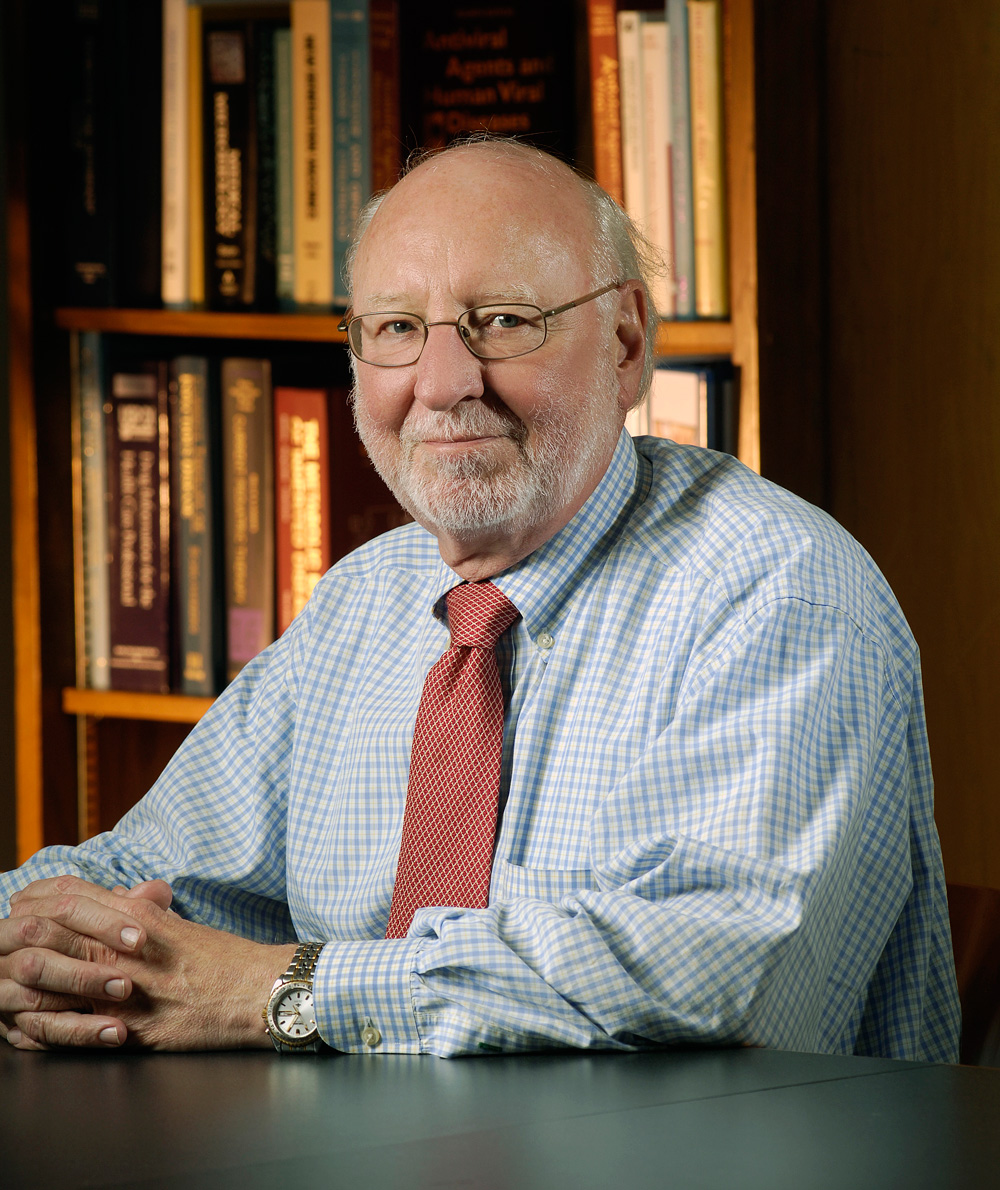 Whitley conceptualized and established the National Institute of Allergy and Infectious Diseases Collaborative Antiviral Study Group (CASG), a collaboration of more than 50 academic centers across the United States, Canada, England and Sweden to perform clinical trials of antiviral therapies directed against medically important viral diseases of children and adults. CASG is one of the longest-running clinical trial networks in the NIAID, and more than 300 journal articles have been published based on CASG findings, said Mitchell B. Cohen, M.D., chair of the Department of Pediatrics.

“Through his experiences in developing and leading the CASG, Dr. Whitley has identified the challenges common to all pediatric clinical and translational research endeavors, including the need for a network of linked IRBs to facilitate research in rare and emerging infections,” Cohen said. “He works tirelessly to identify and promote solutions to these challenges, leveraging his substantial reach across all levels of the NIH, CDC and FDA to individual IRBs and study sites.”

Whitley has authored more than 346 original manuscripts, 248 book chapters and remains an active investigator who is consistently among the top 10-11 NIH-funded researchers in pediatrics.