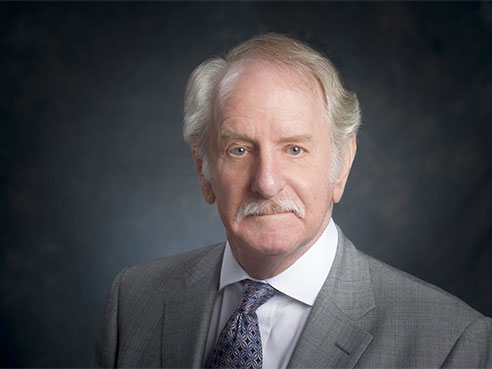 The recruitment of Cooper to join UAB’s Department of Surgery and the Comprehensive Transplant Institute comes just seven months after the addition of Joseph Tector, M.D., Ph.D., also a leading U.S. xenotransplant researcher and executive director of UAB’s Xenotransplantation Program.

Having both researchers at UAB reaffirms the institution’s goal to transplant genetically modified kidneys from pig models to humans by 2021.

“We have stated that our goal is to be the premier center for end-stage organ disease, and finding other avenues to increase options for those suffering from kidney disease and kidney failure is a must,” said Devin Eckhoff, M.D., director of UAB’s Division of Transplantation, and the principal investigator of the five-year, $19.5 million grant awarded to UAB earlier this year from United Therapeutics Corporation to launch its pioneering xenotransplant program.

“The brutal fact is the supply of human organs is insufficient to treat all of the patients who present each year with organ failure and who could benefit if a compatible graft were available,” Eckhoff said. “We are on the cusp of creating genetically modified pigs to bridge this gap in patients in need of a kidney transplant, and adding a researcher the caliber of David Cooper significantly enhances our rapidly growing knowledge base in this area.”

“David Cooper is arguably the most senior member of the field of xenotransplantation,” added Tector, who will co-direct the UAB xenotransplant program along with Cooper. “David has an unbelievable wealth of knowledge and experience, and brings with him a tremendous team with a lot of capabilities. His arrival will enhance our xenotransplantation program tremendously.”

Cooper, who will also be a professor of surgery at UAB, has a long and distinguished career dating back to his days at Guy’s Hospital Medical School in London (now merged with King’s College London), where he trained in general and cardiothoracic surgery. Cooper was present at the first heart transplant in the United Kingdom in 1968 and was a member of the team that initiated the heart transplant program at Papworth Hospital in 1979.

“The opportunity to come to UAB at this point in my career to continue this work is exciting for me because we have everything we need here to make xenotransplantation a reality,” Cooper said. “The academic and intellectual property is here. I believe Joe’s group and my group are the two best groups in the field, and now we’re one. I’ve been really impressed with the senior leadership at UAB and the vision they have to see how this research has the potential to impact transplantation and many other fields.

Xenotransplantation is not entirely novel. Pig heart valves have been used for many years without ill effect and seldom elicit rejection. UAB scientists believe whole organ transplants from genetically modified pigs are possible in the near future if immunological and physiological barriers can be overcome. The first step is kidneys, but possibilities also exist in pig islet transplantation in patients with diabetes; neuronal cell transplants for patients with certain neurodegenerative diseases, such as Parkinson’s; corneal transplantation; and eventually in providing pig red blood cells for transfusion into humans, particularly in areas where the availability of human blood is limited.

The United Therapeutics Corporation-awarded grant and subsequent additions of Tector and Cooper have further emboldened UAB’s commitment to academic and research excellence and clinical innovation for lifesaving treatments that reach beyond standard clinical techniques, says Herbert Chen, M.D., chair of the Department of Surgeryand surgeon-in-chief of UAB Hospital.

“UAB embraces this kind of bold work, and to have someone the caliber of David Cooper join our institution to lead our xenotransplantation efforts side by side with Joe Tector shows the commitment we have to seeing this across the finish line,” Chen said. “When we do, the people who will benefit most are those we care for and seek solutions for every day — our patients. We strive to be world leaders in finding solutions to complex problems for them, and bringing David on board shows we are committed to securing the research and clinical talent necessary to solve their problems and enhance their lives.”

Cooper completed his medical education at the University of London, then trained in general surgery and heart surgery in the U.K. with periods of research at Harvard, Cambridge and London. In the late 1970s, he was a member of the team that performed the first successful series of heart transplants in the U.K. In 1980, Cooper was appointed to the faculty of the University of Cape Town Medical School in South Africa, where he had responsibility for the heart transplant program under Prof. Christiaan Barnard. In 1987, he moved to Oklahoma City, where he continued his work in heart transplantation and research, and later accepted a research appointment at Harvard Medical School. During this time, he began meeting the pioneer surgeons who make up the personalities profiled in his book, “Open Heart.”

Cooper has published almost 850 medical and scientific papers and chapters, and has written, edited or co-edited 11 major textbooks. He holds three doctoral degrees and is a fellow of both the Royal College of Surgeons of England and the American College of Surgeons.