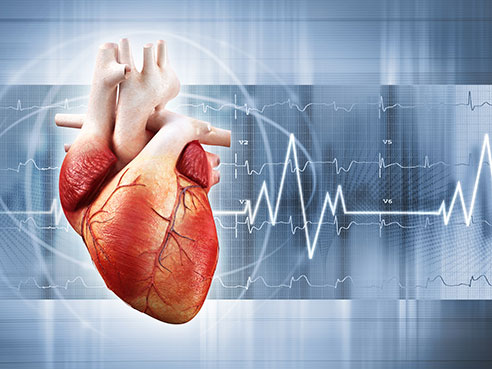 FH is a genetic condition that results from the body’s inability to clear low-density lipoprotein (LDL), or bad cholesterol, from the blood.Researchers at the University of Alabama at Birmingham are developing and testing a new peptide that they hope will lead to better treatment options for familial hypercholesterolemia.

FH is a genetic condition that results from the body’s inability to clear low-density lipoprotein (LDL), or bad cholesterol, from the blood. This results in startlingly high cholesterol levels. There are two forms of FH: heterozygous FH (HeFH) and homozygous HoFH, which is the most serious type of FH. If untreated, HoFH often causes heart disease in the early teen years and sometimes even in early childhood.

Professors in the UAB Department of Medicine, G.M. Anantharamaiah, Ph.D., and C. Roger White, Ph.D., are working on the second version of a peptide licensed by Lipimetix, Inc., a biopharmaceutical company. The peptide, called AEM-28-14, has the potential to treat patients suffering from HoFH in a new way instead of the usual treatment of plasma/LDL apheresis. Development of this peptide is facilitated by funding from the NIH.

AEM-28-14 inserts into cholesterol-rich lipoproteins and directs them to the receptors on the liver. The lipoproteins are then internalized and degraded through existing pathways, dramatically decreasing blood cholesterol levels for a longer period of time — nearly two months, compared to plasma/LDL apheresis, which has to be administered every two weeks.

“Current treatments rely on increasing the excretion of LDL via the LDL receptor pathway,” Anantharamaiah said. “In FH patients, since LDL receptor is defective; LDL cannot be cleared via this pathway. Therapeutic advancements have not been a rousing success.”

Anantharamaiah says the newly developed peptide AEM-28-14 bypasses LDL receptor pathways and has been demonstrated to clear large amounts of LDL in relevant animal models, and he believes this may be the most powerful lipid reduction agent yet discovered.

An ideal LDL cholesterol level is typically 130 mg/dL. Adults with FH generally have LDL cholesterol levels of 190 mg/dL and above, and HoFH patients not using medication can have LDL levels between 500 and 1,000 mg/dL. This very high cholesterol acts like a poison to the blood vessels that results in large accumulation of fatty deposits and cholesterol deposits in the arteries that feed the heart, and that leads to a much greater risk of heart attack or stroke.

UAB Assistant Professor in the Division of Cardiovascular Disease Pankaj Arora, M.D., says getting tested for FH, if there is a prior family history of the disorder, is imperative.

“In families where FH has been diagnosed, children should be tested to allow behavioral and dietary modifications,” Arora said. “Remember that, at the end of the day, it is bad genes with bad environment that causes events like heart attacks.”

Arora says educating patients about the physical signs of FH can lead to an increased awareness.

“General education about common physical signs such as swollen tendons on the back of the heel, yellow deposits in the skin around the eyes and white deposit of cholesterol around the colored part of the eyes can help to increase awareness,” Arora said.

He also added that reducing the LDL levels by at least 50 percent from the baseline is a treatment goal that clinicians strive to achieve by using high-intensity statins in FH patients.

The scientists say their hope is that this new peptide will lead to better treatment options, which will in turn, lead to more treatment centers for patients to gain access.