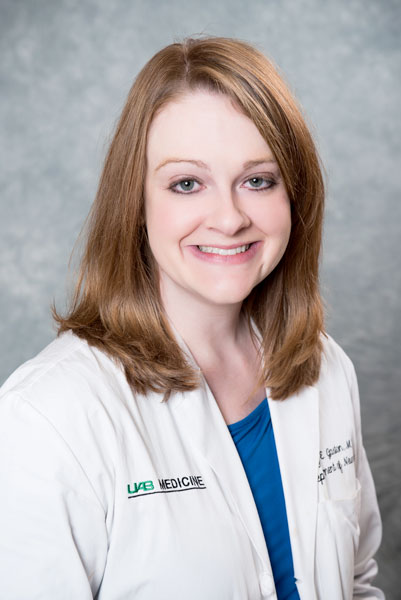 Tyler Gaston, M.D.Researchers at the University of Alabama at Birmingham report evidence of interactions between cannabidiol oil — known as CBD oil — with several commonly used anti-epileptic drugs. The findings, published Aug. 7 in Epilepsia, a journal of the International League Against Epilepsy, provide the first indications of potential drug interactions with CBD oil, a substance drawing great interest as a treatment for epilepsy.

The UAB Epilepsy Center first launched a study of CBD oil as a therapy for severe, intractable epilepsy in adult patients at UAB and pediatric patients at Children’s of Alabama in March of 2015. The studies are designed to test the safety and tolerability of CBD oil, a derivative of the cannabis plant. All participants in the studies receive CBD oil, in addition to their previously prescribed epilepsy medications.

“We have very little human data on potential drug interactions with CBD oil,” said Tyler Gaston, M.D., assistant professor in the Department of Neurology in the UAB School of Medicine. “Our study provided a mechanism to examine whether the addition of CBD oil to a patient’s drug regimen had an effect on other medications.”

The research team examined blood levels of 81 subjects enrolled in the CBD trials, 39 adults and 42 children, for concentrations of their existing medications. The most significant changes were an increase in the level of an anti-seizure medication called clobazam and its active metabolite N-desmethylclobazam. The observed changes were outside the accepted therapeutic range for both drugs.

In addition, the researchers found that a very small number of participants taking the anti-seizure medication valproate had an increase in liver enzymes, indicating the potential for liver damage in that small subset of patients.

The team also noted that sedation was more frequent with higher N-desmethylclobazam levels in adults.

“The observed increases in clobazam and N-desmethylclobazam are potentially clinically significant, as are the potential liver issues associated with valproate,” Gaston said.

The team also saw increases in topiramiate and rufinamide in both adult and pediatric subjects, and zonisamide and eslicarbazepine in adults. However, the changes for those drugs were within accepted therapeutic ranges.

“When assessing the potential of any new seizure medication such as CBD oil, it is important to know whether drug interactions exist and how physicians should monitor those interactions,” Gaston said. “There is mounting evidence that CBD oil is an effective therapy for epilepsy but scant information for health care providers, patients and caregivers regarding potential interactions.”

“If CBD oil gets FDA approval, physicians will need to know about any potential interactions before they prescribe,” she said. “Right now, health care providers don’t know what to check for. Our study found a few interactions, which now need to be confirmed and disseminated to providers so they can monitor their patients appropriately.”

Gaston is first author on the study. Senior author is Jerzy Szaflarski, M.D., Ph.D., with co-authors E. Martina Bebin, M.D., Gary Cutter, Ph.D., and Yuliang Liu, M.D., all with the UAB CBD program. The study was supported in part by funds from the state of Alabama, the UAB Epilepsy Center and Greenwich Biosciences, Inc.