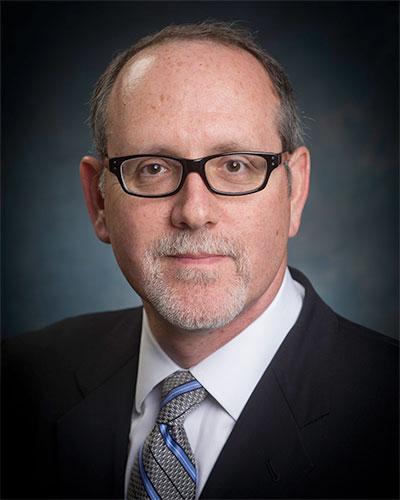 Kenneth Saag, M.D.A new drug that boosts bone formation has been shown to reduce the risk of fracture in women with osteoporosis when compared to one of the most commonly used osteoporosis medications.

The findings, reported online Sept. 11 in the New England Journal of Medicine, are the result of a two-year study led by the University of Alabama at Birmingham of more than 4,000 postmenopausal women with osteoporosis and a previous fragility fracture — fracture that occurs as the result of normal activities.

“There have been limited studies comparing drugs that help build bone against drugs that work by slowing bone loss,” said Kenneth Saag, M.D., professor in the Division of Clinical Immunology and Rheumatology, in the UAB Department of Medicine, and first author of the study. “We investigated a new medication, not yet approved by the Food and Drug Administration, called romosozumab against one of the primary standards of care for osteoporosis, a drug called alendronate.”

Romosozumab, manufactured by Amgen, is a monoclonal antibody that increases bone formation by binding to and inhibiting sclerostin, a protein that inhibits bone formation. Alendronate, commonly used as first-line therapy for osteoporosis, works by preventing bone resorption, or bone loss.

The risk of nonvertebral fractures was 19 percent lower in the romosozumab group, with 8.7 percent of patients experiencing a fracture against 10.6 percent of the alendronate group.

“Our findings indicate that treatment with romosozumab for 12 months before alendronate was superior to alendronate alone with respect to the risks of a new vertebral, clinical, nonvertebral and hip fracture,” Saag said. “It is worth noting that romosozumab outperformed an effective drug. Alendronate has consistently been shown to reduce vertebral, nonvertebral and hip fractures by up to 50 percent among patients with osteoporosis.”

The study also showed that patients who received romosozumab had greater gains in bone mineral density than did those who received alendronate alone.

Overall, the authors report that adverse events were balanced in the two groups, although the investigators did find that serious cardiovascular adverse events were more frequent in the romosozumab group than in the alendronate group, with cardiac ischemic events and cerebrovascular events contributing to the imbalance. This safety finding had not been seen in prior studies of romosozumab.

“Rapid gains in bone mineral density from bone-forming therapy with romosozumab translated into a lower risk of fracture than with alendronate,” Saag said. “This suggests an important benefit and challenges the common treatment practice of first-line use of alendronate in women who have had a previous fracture. By sharing the detailed results of efficacy and safety, we aim to help clinicians understand the potential future benefit/risk profile of romosozumab, which is currently undergoing regulatory review, and its potential as a treatment option for postmenopausal women living with osteoporosis.”

Saag holds the Jane Knight Lowe Chair of Medicine in Rheumatology in the UAB School of Medicine. The study was supported by Amgen, Astellas Pharma and UCB Pharma.