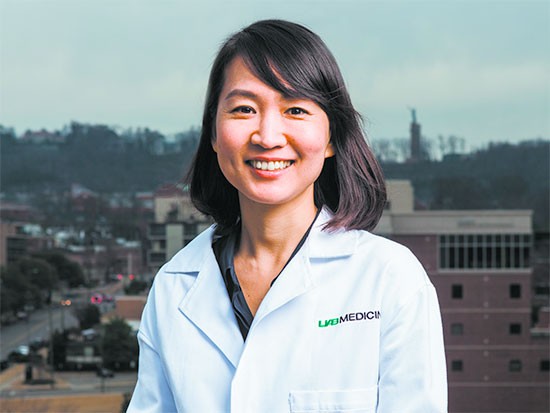 MiYoung KwonMiYoung Kwon, Ph.D., assistant professor in the University of Alabama at Birmingham Department of Ophthalmology, has received her first R01 grant from the National Institutes of Health to study the perceptual mechanisms responsible for reading difficulty in people with glaucoma.

Glaucoma is a group of eye disorders that have few symptoms in their early stages, but eventually leads to damage of the optic nerve — the bundle of nerve fibers that carry information from the eye to the brain — which can then lead to vision loss or complete blindness. Glaucoma affects more than 3 million people in the United States and is the leading cause of blindness in African-Americans. Globally, 60.5 million people had glaucoma in 2010; but given the world’s aging population, this number may increase to 80 million by 2020.

“There is a viewpoint that glaucoma spares central vision because glaucoma develops slowly with the initial loss of peripheral vision,” Kwon said. “However, studies show that individuals with glaucoma, even in the early stages of the disease, report reading problems as one of their main difficulties. Despite this clinical significance, to date, little attention has been paid to understanding how glaucomatous damage undermines central vision tasks, such as reading.”

Thanks to recent advances in retinal imaging technology, researchers now know the macula — the central portion of the retina responsible for high-acuity vision — is significantly affected even in the early stages of glaucoma. Kwon’s research aims to investigate the functional impact of this macular damage. The outcome of her research should reveal the perceptual factors underlying reading difficulties, and help guide clinicians to prescribe appropriate reading aids and rehabilitative strategies to glaucoma patients.

“Dr. Kwon is a part of the next generation of researchers who have joined UAB and driven the department forward to a point where all of our scientists have 100 percent active NIH grant funding as principal investigators,” said Christopher Girkin, M.D., professor of ophthalmology and EyeSight Foundation of Alabama chair of ophthalmology at UAB Callahan Eye Hospital. “This advancement allows for the retention and expansion of our universitywide core grant.”