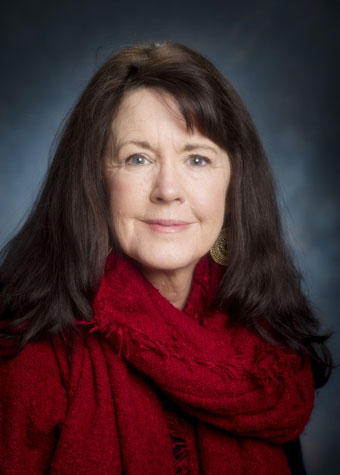 Teri Hoenemeyer, Ph.D.Long after cancer treatment ends, many continue to deal with one particular symptom that refuses to go away: fatigue. In a new study, researchers at the University of Alabama at Birmingham and Harvard Medical School have found that the power of placebos, even when fully disclosed to patients, might be harnessed to reduce fatigue in cancer survivors.

For cancer survivors, few treatments are available to alleviate fatigue after treatment, and the most effective pharmacological interventions come with side-effect warnings that include panic, psychosis and heart failure. In a study published in Nature Scientific Reports, investigators found that cancer survivors who knowingly took placebo pills reported a 29 percent, clinically meaningful, improvement in fatigue severity, and a 39 percent improvement in the extent to which fatigue disrupts quality of life.

“Some people who thought the placebo wouldn’t do anything had a good response; others who believed it would help didn’t have a response,” said Teri Hoenemeyer, Ph.D., lead author and director of Education and Supportive Services at the UAB Comprehensive Cancer Center. “Fooling or deceiving patients may be unnecessary for placebo effects to produce benefits, with automatic neurological processes being a possible mechanism for the effects. This has revolutionary implications for how we might exploit the power of placebo effects in clinical practice.”

The study involved 74 survivors of different types of cancer who reported moderate to severe fatigue. They were randomized either to the open-label placebo condition or to treatment as usual. Patients prescribed the open-label pills were told they were receiving placebos and asked to take two of the pills, twice per day, for three weeks.

“Cancer survivors report that fatigue is their most distressing symptom, even more distressing than other symptoms like nausea or pain, and clinicians struggle to find ways to help them with it,” Hoenemeyer said. “The effects of the placebo pills on fatigue were so dramatic that we had a number of the study patients ask if they could be given more placebo pills. For ethical reasons, we were unable to do so.”

Ted Kaptchuk, study co-author and director of the Harvard-wide Program in Placebo Studies, has previously shown that open-label placebos can bring relief to patients with irritable bowel syndrome, chronic low-back pain and migraine headache. This is the first study to test the effects of open-label placebos with cancer survivors.

“Participants still had benefits three weeks after they stopped taking the placebo pills, which hasn’t been shown before,” said Kevin Fontaine, Ph.D., co-author and chair of the Department of Health Behavior in the UAB School of Public Health. “The extension of benefits even when the placebo pills are discontinued has been a surprise finding that has many placebo researchers excited.”