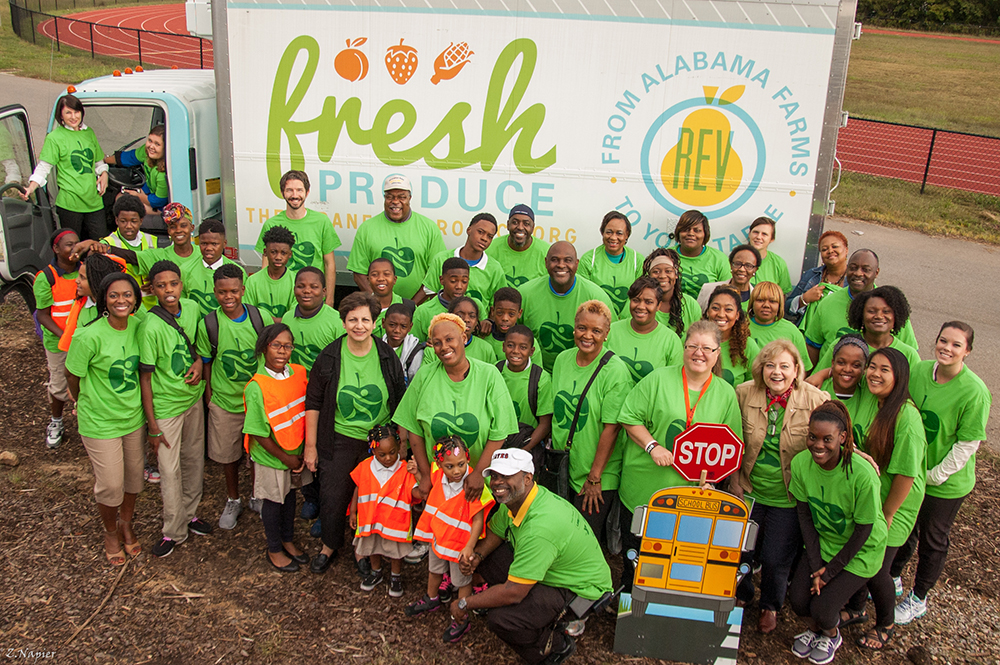 “Mona Fouad knows that to solve a problem in the community, she needs to go to the community for answers,” said Theresa Wallace, Ph.D., program director of Birmingham REACH for Better Health. “She believes that you should go to those who are impacted on a daily basis—those who are living the issue, breathing it, experiencing it, surviving it and, in some cases, thriving in spite of it.”

Wallace has worked with Fouad, M.D., MPH, for 19 years, and has watched and labored alongside her mentor to address and eliminate health disparities. Because of this, Wallace brings a unique perspective to the work Fouad has done in Birmingham, its surrounding areas, the nation as a whole, and even across the globe.

Year after year, data demonstrates that African-Americans are at a much higher risk than white Americans for many chronic diseases. African-Americans are far more likely to be impacted by diabetes and cardiovascular issues, such as heart disease or stroke. This gap in health outcomes, formally termed “health disparities,” is particularly evident in the South, which is home to some of the poorest communities in the U.S. . Residents of these communities often lack safe streets, educational resources, reliable transportation, and access to fresh, healthy food.

Birmingham REACH for Better Health, an initiative of the UAB Minority Health and Health Disparities Research Center (MHRC), was developed in response to this burgeoning health crisis, a crisis driven in part by social and economic disparities. It is the only federal program that funds community organizations to improve public health. One of the largest and longest-standing grants of its kind, REACH is funded by the Centers for Disease Control and Prevention (CDC). REACH, or Racial and Ethnic Approaches to Community Health, was intended to support public health efforts to reduce chronic diseases and promote healthier lifestyles. Watch more about REACH here.

“Substandard nutrition and lack of physical activity are key factors driving the disparities in chronic disease between African-Americans and whites,” said Fouad, principal investigator for REACH, founding director of the MHRC, senior associate dean for Diversity and Inclusion at the UAB School of Medicine, and director of the UAB Division of Preventive Medicine. “Because the problem of health disparities among minorities is so complex and nuanced, we are engaged in a process of continual investigation.”

Fouad developed the model for the REACH program, a model that hasn’t changed since its inception. Since REACH’s launch in 1999, the program has addressed every level of the socio-ecological factors driving health disparities. These include targeting individuals, social networks, community systems, organizations, and public policy. Adhering to a community-based participatory approach, REACH gives all partners—whether members of the university or the community—an equal voice in developing action plans and coming up with solutions to existing health issues.

Wallace pointed out the ability to develop a multi-level approach is one key characteristic that distinguishes Fouad as a leader. “Through her writing, her vision and her insight, Dr. Fouad was able to take a socio-ecological model and design programs around every level of that model,” Wallace said. “That speaks volumes to her capacity to conceptualize an issue and then make it relevant to the community.”

Although REACH’s model for community engagement has remained the same, REACH is also characterized by its ability to adapt to meet each community’s specific needs. Early on in the program, REACH staff and community members were scheduled to train more than 200 volunteers across an eight-county coverage area in Alabama. MHRC employees, in conjunction with community partners, had developed a very structured curriculum to implement. However, once the training began, the community members pointed out that a few crucial changes needed to be made.

Fouad responded both immediately and flexibly, listening to the suggestions of the community members and implementing them without delay. Adaptability was one of the hallmarks of REACH operations, making the model easy to replicate in any setting. This style of community-based participation has even been duplicated as far afield as Stoke-on-Trent in the United Kingdom, where the Centre for Health and Development (CHAD) draws upon the MHRC model to implement impactful community initiatives to improve the health of its citizens. Fouad sits on the board of CHAD, which enables continuous mutual learning to take place.

Since its launch in 1999, REACH has made significant progress in addressing health disparities in a way that is practically significant to marginalized communities. Still, Fouad said she believes that there is much that can still be learned from communities, and she works diligently in research, training and outreach to facilitate this growth.

“That’s the magic of having a leader who can walk in many worlds,” Wallace says. “Dr. Mona Fouad is adaptable, flexible and has a tremendous understanding of the issues. She always knows in great detail what’s going on. That’s a quality I aspire to.”