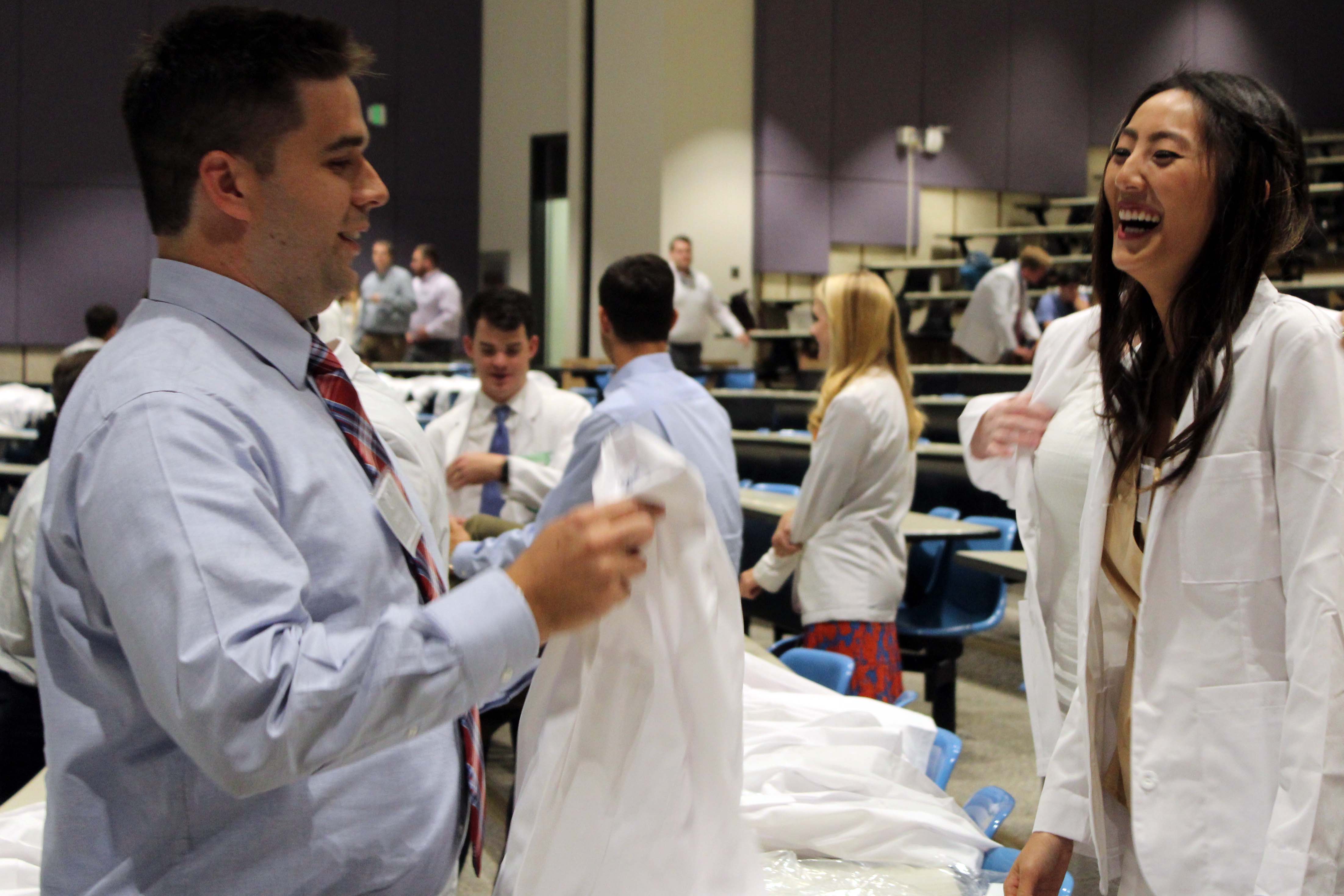 “My favorite part of orientation was getting to meet everyone, especially all of the orientation leaders and all of my classmates,” said first-year medical student Lakshmi Subramahi.

Each day of orientation was planned with fun-filled activities and informational sessions that allowed students to gain a glimpse of what the next four years will hold. On the first day, the students were sorted into their Learning Communities (LCs), which are small groups aimed at fostering interpersonal relationships between students from all four classes and their faculty mentors. The Class of 2022 was also introduced to the “Patient, Doctor and Society” course, the first course they will take as medical students. To end the day, the students received their iPads and locker information. They were also fitted for their first white coats, which the Medical Alumni Association (MAA) generously provides.

“My favorite part of the day was meeting my Learning Community and the faculty. It’s nice to know that there is a doctor there to help you,” said first-year medical student Nandan Patel.

Tuesday was filled with sessions about academic success, information about ways to maintain well-being in medical school, and an overview of the curriculum. In addition to these sessions, Tuesday focused on getting involved while in medical school. Students learned they can participate in research opportunities, intramural teams, and/or various organizations. Students ended the day by attending an organization fair to see the different clubs and groups in the School of Medicine they can join.

On Wednesday, the first-year medical students attended a lecture on the “Introduction to Clinical Medicine” (ICM). The lecture was followed by a lunch with ICM Clinical Skills Scholars and teaching assistants, which allowed the students to get to know some of the scholars and ask the scholars questions. 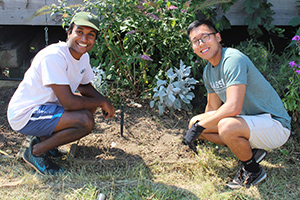 Students spending their third and fourth years at one of the regional campuses in either Tuscaloosa, Huntsville, or Montgomery had the chance to visit those campuses on Thursday of orientation week. The students staying at the Birmingham campus all four years participated in a community service day that day. Birmingham students were separated into five groups and sent to one of the following sites: Jones Valley Teaching Farm for gardening, United Ability for playing games with disabled youth and adults, Urban Ministry for gardening, Church of the Reconciler for creating hygiene kits, and Food Bank of Central Alabama for packing food bags for children with food insecurities.

On the last day of orientation, the 2018 incoming class was introduced to the Office of Diversity and Inclusion and IMPACT training. Students were also fitted for their masks. To end the 2018 orientation, the MAA treated students to Steel City Pops popsicles.

During orientation week, the various Learning Communities competed in a diaper drive in which they collected 7,059 diapers for Bundle of Hope in Birmingham. This number is a record high for the annual drive according to project leader Anna Tyson.

“This is our fourth year participating in a drive for Bundles of Hope,” said Tyson. “Last year we collected 6,000 diapers in one month, and this year we surpassed that in the first week. It’s very exciting.”