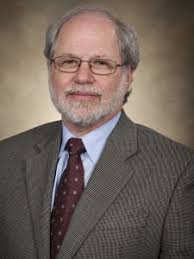 Streiffer has had a significant impact on the School of Medicine during his six years, including the implementation of the recently designated and LCME-approved Primary Care Track on the Tuscaloosa Regional Campus, which welcomed its first students this year. He is also responsible for the launch of the longitudinal integrated curriculum for the third year of medical education on the Tuscaloosa campus, which affords students the opportunity to move beyond the block structure of traditional third-year clinical clerkships. Instead, they work with physician instructors throughout the year, developing strong mentoring relationships and longitudinal relationships with patients, following them through their illness or disease and seeing how it progresses or improves.

The search committee for Streiffer’s successor includes members of the CCHS faculty as well as faculty from the School of Medicine due to the dual appointment of the CCHS Dean. The goal for the committee is to recommend a candidate by early 2019. While the search is underway, Richard Friend, M.D., the current chair of Family, Internal and Rural Medicine in the CCHS, will serve as interim dean.

“The School of Medicine thanks Dr. Streiffer for his commitment to educational excellence as well as his dedication to primary care in our state and beyond throughout his career,” said Selwyn M. Vickers, M.D., FACS, senior vice president for medicine and dean of the School of Medicine. “I’m confident that our search committee will be able to find a candidate who can continue Dr. Streiffer’s great progress in Tuscaloosa.”