An endowed position is among the highest honors an academic institution can bestow on a faculty member. It honors the recipient’s accomplishments, safeguards time and resources for future scholarly and research endeavors, and offers the institution a powerful tool for recruiting and retaining top talent. Fourteen have recently been appointed to endowed chairs and professorships in the UAB School of Medicine. 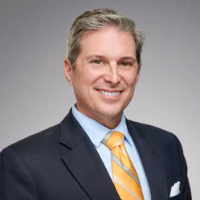 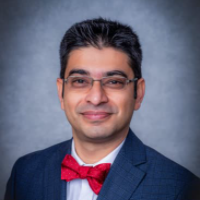 Dudeja is an associate professor and the division director of Surgical Oncology in the Department of Surgery at UAB. He completed his bachelor of medicine and surgery at the All India Institute of Medical Sciences in New Delhi, India, where he also received a master of surgery in 2005. He completed residency training in general surgery at the University of Minnesota. Following residency, Dudeja completed a complex general surgical oncology fellowship and hepato-pancreato-billiary fellowship at Memorial Sloan Kettering Cancer Center.

Dudeja cares for patients with pancreatic cancer, pancreatic cyst, hepatobiliary malignancies including cholangiocarcinoma, kaltskin tumor, colorectal cancer liver metastases, and benign disease like bile duct injury and chronic pancreatitis. His research focuses on deciphering the biology of the tumor microenvironment in pancreatic cancer and the interaction of the gut microbiome with anti-cancer immune response, as well as the mechanism and determinants of tumor recurrence. His research is funded by grants from National Institute of Health, Veterans Affairs, Department of Defense and Society Grants. 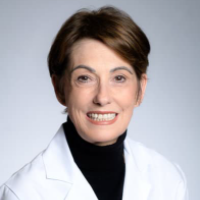 Hapner’s research and clinical interests include early detection of head and neck cancer. She developed the largest free, community-based head and neck cancer screening in 2006 at Atlanta Motor Speedway. She is the co-developer of an innovative, exercise-based voice therapy called PhoRTE (Phonation Resistance Training Exercises), and she is the developer of the voice curriculum for Medbridge, Inc. She has published and presented extensively on the topic of voice including aging voice, voice disorders as a result of dystonia and tremor, and adherence to voice therapy. 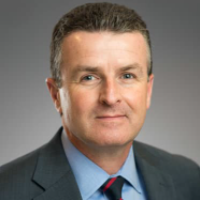 Kerby is a professor of Surgery, and he has served as the director of the Division of Trauma and Acute Care Surgery since 2014. He received his medical degree from the University of Missouri at Kansas City in 1989 and completed a residency in general surgery and a postdoctoral research fellowship at UAB. Kerby served in the U.S. Air Force as an active duty surgeon until 2003, deploying as a combat trauma surgeon in support of Operation Enduring Freedom in 2002. He returned to UAB in 2003 as an acute care surgeon and was the chief of General Surgery at the Birmingham VA Medical Center from 2009 through 2014.

Kerby served as the principal investigator for the Alabama Resuscitation Center of the Resuscitation Outcomes Center network from 2005 through 2015. He has been continuously extramurally funded by the NIH since 2004. In addition, his group has a robust clinical trials and trauma outcomes effort established through the UAB Center for Injury Sciences and participates as an active investigative site for the Crash Injury Research and Engineering Network. 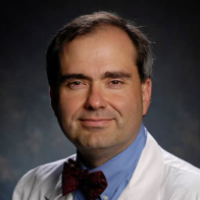 Kew is a professor of Medicine, section chief for Transplant Nephrology, and medical director of the Kidney and Pancreas Transplant Program at UAB. He received his medical degree from State University of New York, Health Science Center at Brooklyn, and completed his Internal Medicine internship, residency, and Nephrology fellowship at the University of Connecticut Health Center. He then completed a Transplant Nephrology fellowship at UAB in 1996 and continued as UAB faculty.

Kew has served as the director of the Transplant Nephrology Fellowship Program and medical director of the Inpatient Kidney Transplant Unit. He also served on the membership committee with the American Society of Transplantation from 2011-2015. He was inducted as a fellow in the inaugural class for the American Society of Transplantation in 2015. He has been a principal investigator on more than a dozen studies funded by the National Institutes of Health and industry developing immunosuppressant medications and examining viral infection after kidney transplantation and the health status of living kidney donors. 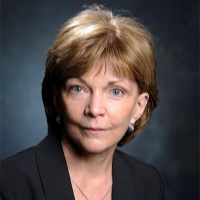 Lahti is a professor in and the chair of the Department of Psychiatry and Behavioral Neurobiology, and the director of the UAB Comprehensive Neuroscience Center. She completed medical school at the University of Liege, Belgium, a psychiatry residency at the University of Michigan, and a fellowship in schizophrenia research at the Maryland Psychiatric Research Center, University of Maryland School of Medicine.

Lahti provides psychiatric care for patients with severe psychiatric illnesses, including those in the early stages of their illness. She is also an internationally recognized expert in the field of schizophrenia research. Her early-career studies were pivotal in revealing the contribution of glutamate to the pathophysiology of schizophrenia. For more than 20 years, she has conducted brain imaging studies using Positron Emission Tomography, functional MRI, MR Spectroscopy, Diffusion Tensor Imaging, and magnetoencephalography to study the pathophysiology of severe mental illness, with the goal of identifying biomarkers of treatment response and investigating abnormal patterns of brain structure, function, and neurochemistry. She has published more than 150 peer-reviewed publications and has received federal, foundation, and industry funding her research. She is currently supported by two NIH R01 grants. 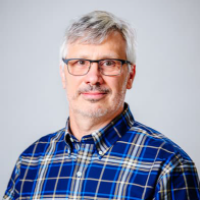 Lein is an associate professor and the director of Continuing Education and Community Outreach in the Department of Physical Medicine and Rehabilitation. He also practices part-time in the UAB Osteoporosis Prevention and Treatment Center.

Lein has published manuscripts in peer-review journals and presented nationally and internationally. His research interests include developing and implementing physical therapy interventions to improve the care of individuals with osteoporosis and osteoporosis-related fractures; exploring the role of physical therapists in providing health promotion and education while providing typical physical therapy services; and developing and testing educational strategies to enhance Doctor of Physical Therapy education. 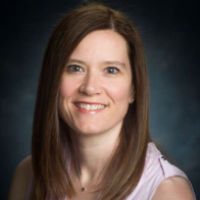 Locke is a professor of Surgery and the director of the Comprehensive Transplant Institute and chief of the Division of Abdominal Transplant Surgery. She is also the associate chief medical officer for UAB Hospital Quality and Patient Safety. Locke is an abdominal transplant surgeon specializing in innovative strategies for the transplantation of incompatible organs, disparities in access to and outcomes after solid organ transplantation, and transplantation of HIV-infected end-stage patients.

Locke completed her medical degree at East Carolina University and residency at Johns Hopkins Hospital, where she trained in general surgery and multi-visceral abdominal transplantation. Locke completed her Master of Public Health degree at the Johns Hopkins Bloomberg School of Public Health. Her research interests include complex statistical analysis and modeling of transplant outcomes and behavioral research focused on health disparities. 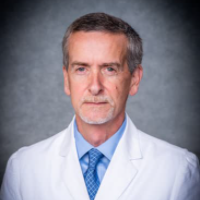 Nabors is a professor and the vice-chair for Research in the Department of Neurology. He received his medical degree from the University of Tennessee in Memphis in 1991 and interned at the National Naval Medical Center. He completed a Neurology residency at UAB in 1998 and a fellowship in Neuro-oncology in 1999 under the direction of Steven S. Rosenfeld, M.D. He joined the Neuro-Oncology Program in 1999 and became program leader in 2005.

Nabors serves as the medical director of the Clinical Research Unit of the Center for Clinical and Translational Science and co-leader of the O’Neal Comprehensive Cancer Center’s Neuro-oncology Program. He maintains active basic, translational, and clinical research efforts—his laboratory currently is examining the role of RNA-binding proteins in neurological disease, particularly cancer with an emphasis on therapeutic development. 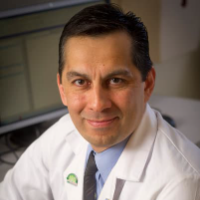 Ruth Lawson Hanson Chair of Medicine in Diabetes and Metabolism

The focus of Ovalle’s research for the past 24 years has been in the areas of diabetes and energy metabolism with extensive experience in clinical trials concerning the pharmacologic management of diabetes mellitus and its complications; the effects of diet on insulin sensitivity and energy metabolism; and the study of novel therapies for type 1 diabetes. He is also interested in precision medicine in diabetes, including studying the epidemiology, classification, pathophysiology, and response to therapy of the less well understood subtypes of diabetes mellitus, including adult autoimmune diabetes, monogenic diabetes, lipodystrophy syndromes, and other atypical forms of diabetes. 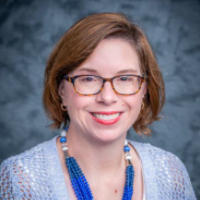 Porrett is a professor of Surgery and the director of Clinical and Translational Research for the UAB Comprehensive Transplant Institute (CTI), and the inaugural director of Vascularized Composite Allotransplantation for the CTI.

Porrett earned her medical degree at Northwestern University Feinberg School of Medicine before completing a residency in general surgery, a fellowship in transplantation surgery, and a Ph.D. in immunology at the University of Pennsylvania. She joined UAB in 2020 to establish the fourth uterus transplant program in the United States and the first in the Southeast.

Porrett’s NIH-funded immunology laboratory studies maternal immune cell fate and function during pregnancy in both human and animal models. A national and international leader in the field of uterus transplantation, she is a founding member of the United States Uterus Transplant Consortium and is a board member for the International Society of Uterus Transplantation. 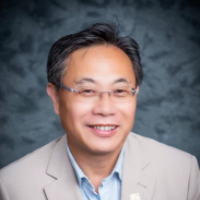 Ren is an associate professor of Surgery and an associate professor of Biomedical Engineering. He received his medical degree from Anhui Medical University (original Shanghai Southeast Medical College), and his Ph.D. in Biochemistry and Molecular Biology from University of Science and Technology of China. He completed a postdoctoral fellowship at Beth Israel Deaconess Medical Center and the Department of Pathology at Harvard Medical School.

Before joining UAB, he was an assistant professor in the Department of Medicine at the Medical College of Wisconsin and an assistant investigator in the Blood Research Institute at the Blood Center of Wisconsin. Ren has worked on endothelial cell and vascular biology in the context of cardiovascular disease, cancers, and diabetes for over 20 years and has authored more than 80 journal articles, chapters, and scientific abstracts, with numerous presentations at national and international meetings, as well as academic institutions. 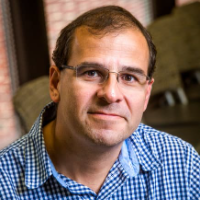 Over the last decade, Rodriguez has been the recipient of the C. Glenn Cobbs, M.D., & Edwin A. Rutsky, M.D., Award for Clinical Excellence numerous times, has been awarded Outstanding Teacher in the Division of Infectious Diseases several years running, and won the Outstanding Teacher Award back-to-back years in the Department of Medicine. He has honors from the Southern Society of Clinical Investigation, the Argus Society, and numerous residency programs. 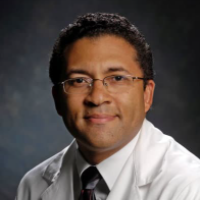 Young is a professor of Surgery and the director of pancreas transplantation. He received his medical degree at Johns Hopkins before completing a general surgical residency at Thomas Jefferson University and an abdominal transplant fellowship at the University of Wisconsin. He joined UAB in 1997 and became the director of the Pediatric Renal Transplant Program in 2011. In 2012, Young became the assistant dean for Medical Student Diversity and Inclusion in the School of Medicine.

Young’s interests include defining and addressing disparity in access to care as well as outcomes seen among minority populations. His clinical research focuses on kidney and pancreas transplant recipients. He is also involved in research pertaining to underrepresented minorities in medicine, especially their access to and retention in medical school. He also has active clinical research pertaining to vascular access outcomes.