Meet medicine leadership in 2022, a series: Get to know Dawn Bulgarella 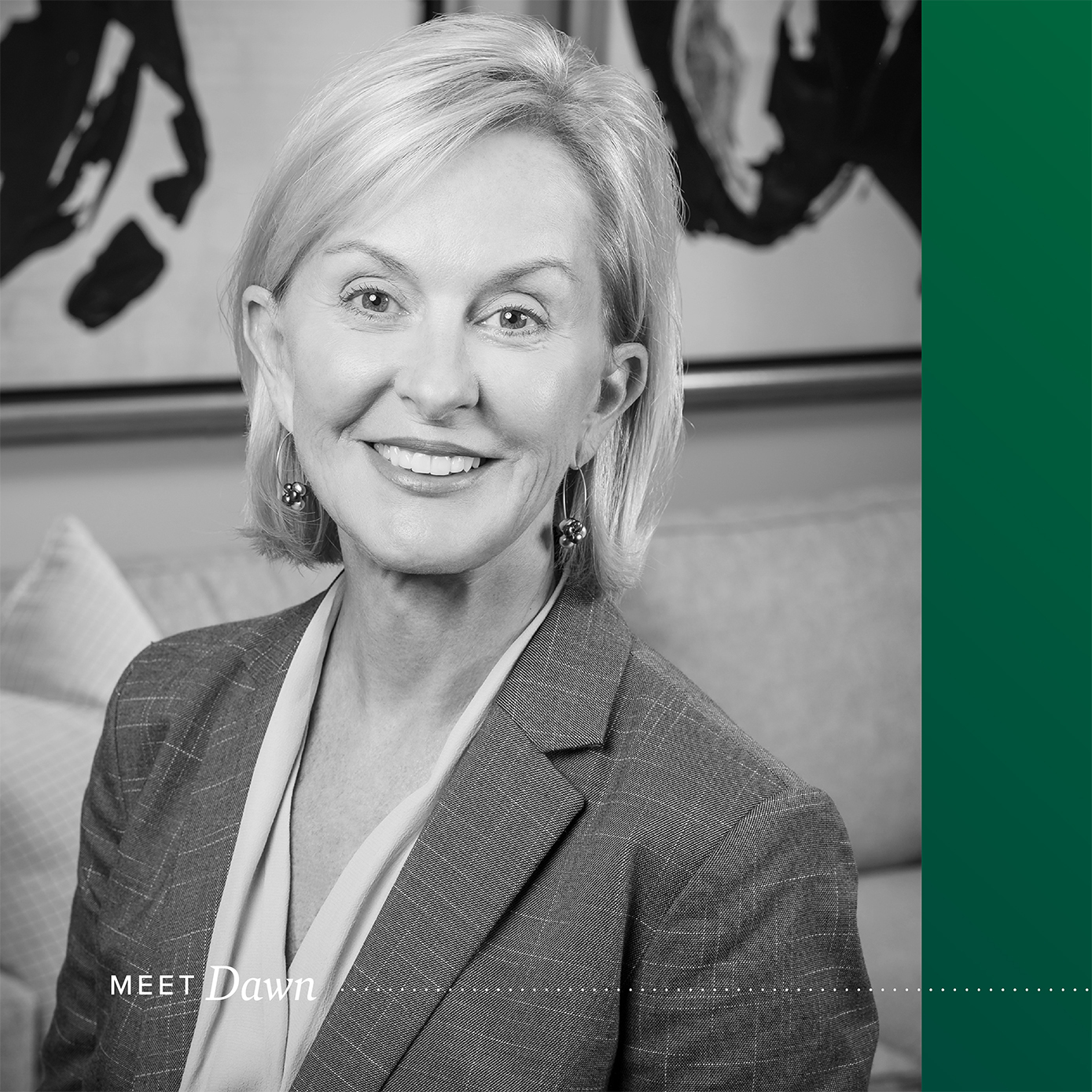 The beginning of 2022 marked a new chapter for UAB’s large Academic Medical Center. On Jan. 1, Selwyn M. Vickers, M.D., FACS, began the transition to his new role as CEO of UAB Health System and CEO of the UAB/Ascension St. Vincent’s Alliance, while continuing to serve as Dean.

With Vickers’ change comes structural leadership changes to support the new Dean/CEO model. Vickers said that serving in the CEO and Dean role will only be possible because of top, trusted, seasoned leaders across the health system and the Alliance. These leaders are instrumental to ensuring stability and success throughout the change.

The communications team sat down virtually with each top leader across the health system to learn more about their background, current role, and vision for UAB.

On Jan. 1, Dawn Bulgarella assumed a new position in the health system: president and CFO of the UAB Health System. This role is a pillar to the success of the CEO/Dean model at other institutions such as Johns Hopkins Medicine and the University of Michigan Health. Similarly, the coinciding CEO and president roles are typical in business and non-academic industries.

Dawn explained that the purpose of the president role for our health system is motivated by its robust and growing footprint. "Our size and scope are major drivers to why we need both a president and a CEO," she said. "The CEO is going to be more outward-facing and involved in strategic direction setting, while the president will maintain day-to-day responsibilities and partner with the CEO and other senior leaders."

Born in Birmingham, Alabama, Dawn was the second child in a large Catholic family of eight. When her family settled down in Birmingham after years of traveling, she attended John Carroll Catholic High School, where she met her husband. "We were high school sweethearts," she said. Now, married 35 years, they have three adult children—two practicing attorneys in Birmingham and one child life specialist in Washington, D.C. 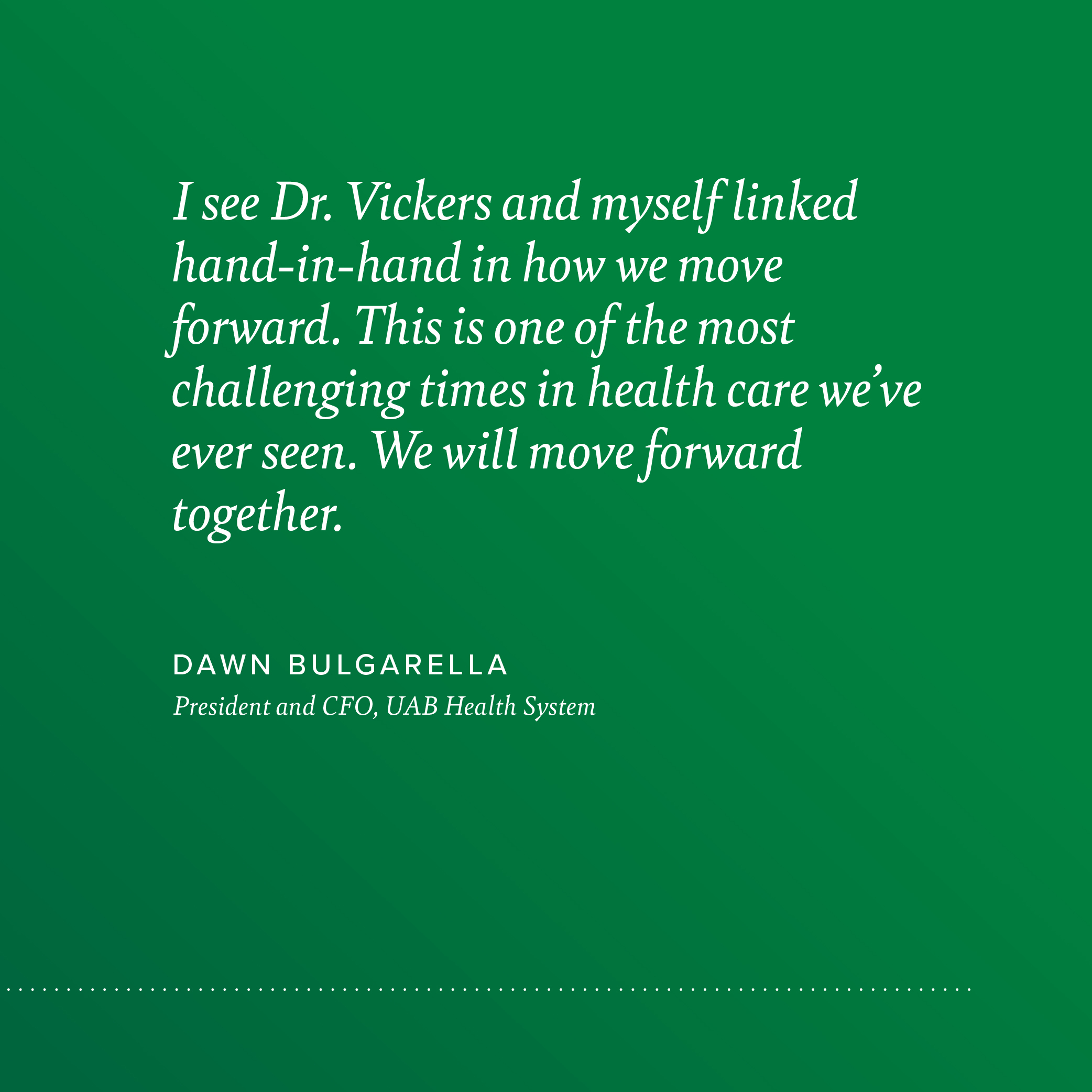 Neither of Dawn's parents attended college, so when she made up her mind to get a degree, she knew what she had to do. "My family did not have the financial means to send my siblings or me to college. So I put myself through school," she said. "And at any given time, I had two jobs.”

As a first-generation college graduate, Dawn knows the power of resilience. "I was 18-years-old learning to balance a budget and make my own money, so I quickly learned the difference in wants and needs. Putting myself through school definitely propelled me forward.”

A leader from a young age, when Dawn left home for college, each of her other siblings followed suit when they graduated high school. All five of her siblings earned college degrees.

Dawn said her career has been characterized by adaptability. “Unlike most physicians and physician-scientists, my career path has not been linear.”

She spent the earliest time in her career as an accountant but exited public accounting when raising her family due to the travel. Then, after years of working for a health insurance company, Dawn came to UAB Medicine as a special projects and finance employee. “The Kirklin Clinic had just opened,” she said. “It was a very exciting time to have a career at UAB.”

Dawn spent 15 years in operations at UAB—first in (what became) the Prime Care department, then Anesthesiology, and later adding the Emergency Medicine department.

Dawn was recruited to the role of senior associate dean of Finance and Administration in the UAB Heersink School of Medicine by Dr. Ray Watts. While serving in that role, the UAB Health System had an opening for CFO. Dawn approached Will Ferniany, Ph.D., and Vickers about combining the open CFO role with her current position as senior associate dean.

“I believe this was the first joint role of the organization that spanned both the health system and medical school. Agreeing to a joint role was and is indicative of a willingness of the two entities to work together,” she said.

Leading with teamwork and flexibility

Now, as the first president and CFO of the UAB Health System, Dawn’s primary goals and activities will focus on affiliate relationships, such as UAB Medical West, Baptist Health System, and managed rural hospitals.

Plus, “I will act as the UAB Health System representative of some local and national organizations like the Alabama Hospital Association, the AAMC, and the Birmingham Business Alliance.”

What does a typical workday look like for a new president? Dawn plans to continually delegate to her teams while staying flexible. One of her leadership methods is to let others shine. Dawn frequently entrusts project opportunities to her team to distribute workloads, but also to give others an opportunity for career advancement. "I want those that I work with to have the chance to be present, showcase their skill set, and take ownership of projects when possible.” 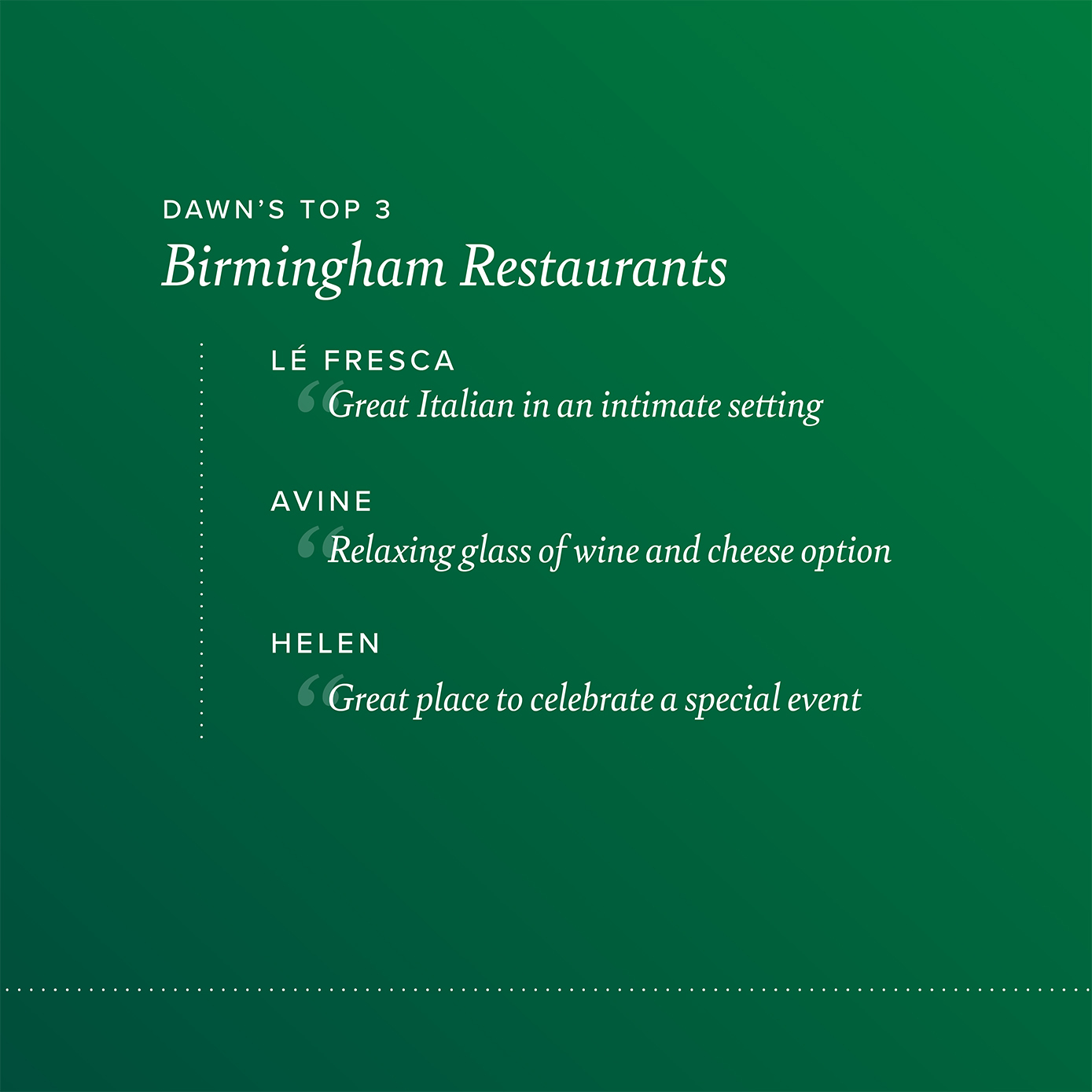 The CEO/Dean change in structural leadership is exciting to Dawn because the vision for the organization will go unchanged and unaffected. “A good thing about this transition is leadership holding the same vision; we are not pointing in a different direction, which is extremely helpful.”

When asked how she will stay balanced in her president and CFO role and her personal life, she said her way of keeping balance is learning to leave work stressors behind. To her, it’s essential for her wellness to not take work stress home with her. Dawn lives in downtown Birmingham and relaxes by seeing live music, dining out, and exploring the city although some of these things have been put on hold during the pandemic.

As the first president, Dawn cited that many compliments on her new role come from women. As a mother and powerful businesswoman, Dawn wants women to know they can do both; they don’t have to pick one dream and put the other on the shelf.

“I want women to understand that I have a family,” she said. “I work and have worked for an organization that supports creating a family and supports work/life balance.” Dawn came to UAB after having her first child. Her other two children were born after her employment at UAB began.

“In the current environment, UAB is supporting maternity and paternity leave more than it was ever supported before. I hope women will see me and say, 'oh my goodness, if she did that then I can do that too.'"

To support women and their careers, Dawn is a mentor for several women. Mentoring is important to Dawn because, while grassroots efforts have been helpful, the number of women in C-suite roles does not match the number of women graduating in public health or health care roles. She believes one of many reasons for the disproportion is confidence. Dawn is often the only woman in the room in her C-suite level meetings. Women may feel more insecure than men at work because they are less likely to see women in their roles as they advance.

Several businesses, universities, and schools (even some within UAB) are creating programs to propel women to the top. Dawn named influencers at UAB Medicine like Jean Ann Larson, Patricia Pritchett, and Cheri Canon, M.D., who have all created waves in women’s career development and training. Dawn said they have each contributed to greater opportunity for women’s advancement at UAB and will continue to do so.

As she looks ahead to the future, she sees a strong partnership between her, other leaders, and Vickers. "My goal is to help. I see Dr. Vickers and myself linked hand-in-hand in how we move forward. This is one of the most challenging times in health care we’ve ever seen. We will move forward together."

Read more about Vickers’ role transition and the new organizational structure of the UAB Health System.