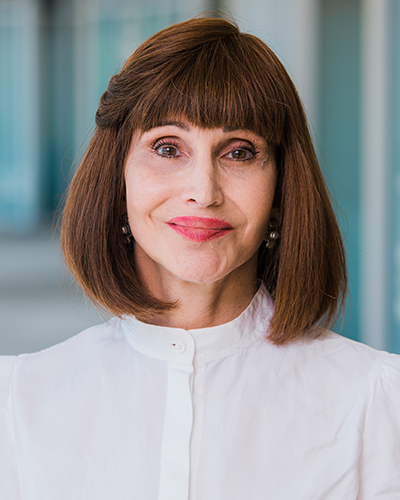 Teresa Wilborn, Pharm.D., Ph.D., professor and vice-chair in the Department of Pharmacology and Toxicology, has been awarded the senior faculty 2022 Dean’s Excellence Award in Teaching.

Throughout her career, Wilborn has dedicated herself to the teaching of pharmacology to a spectrum of health professionals including physicians, graduate students, dentists, pharmacists, nurse practitioners, and nurse anesthetists. She is known by her students and colleagues for her enthusiasm, sincerity, and commitment to staying current in the changing arena of therapeutics.

Wilborn received a B.S. in Pharmacy from the University of Florida in 1980 and a PharmD from Mercer University in 1982. After working as a consultant pharmacist, she obtained a Ph.D. in Pharmacology at UAB in 1992 and then completed a fellowship in the Department of Physiology and Biophysics.

She received a faculty appointment in the UAB Chemoprevention Center and then joined the faculty at Samford University in 2002. Wilborn has been dedicated to undergraduate and graduate biomedical education for 26 years at both UAB and Samford University.

Wilborn was recruited back to UAB in 2013 to spearhead the integration of pharmacology principles and content into the medical school curriculum, serving as a liaison with the Heersink School of Medicine faculty. When she was recruited to this position, student satisfaction with pharmacology ranked in the lowest 10 percent of medical schools. It now ranks in the top 10 percent nationwide, with a consistent increase in the performance of its students in pharmacology on the USMLE Step 1 examination.

The quality of her lectures and the positive impact she has had on her students is evidenced by a greater than 90 percent effectiveness rating of her lectures by the medical students and consecutive nominations for Argus teaching awards since 2014, of which she has won seven from various categories. In 2022 she also received the Dale J. Benos Award for Excellence in Education. Wilborn has served on the USMLE Pharmacology and Biochemistry Test Material Development Committee since 2018 and was elected to the Academy of Pharmacology Educators of the American Society of Pharmacology and Experimental Therapeutics in 2022.

"Teresa is an exceptional teacher and academician, who imparts knowledge to undergraduate, graduate, and other biomedical educators with a deep personal commitment to the success of her students," said Mary-Ann Bjornsti, Ph.D., professor and Chair of Pharmacology and Toxicology. "As is evident from her CV, the honors bestowed on her, and the high regard with which she is held by students and colleagues, Dr. Wilborn embodies the qualities and accomplishments of an outstanding academic educator."