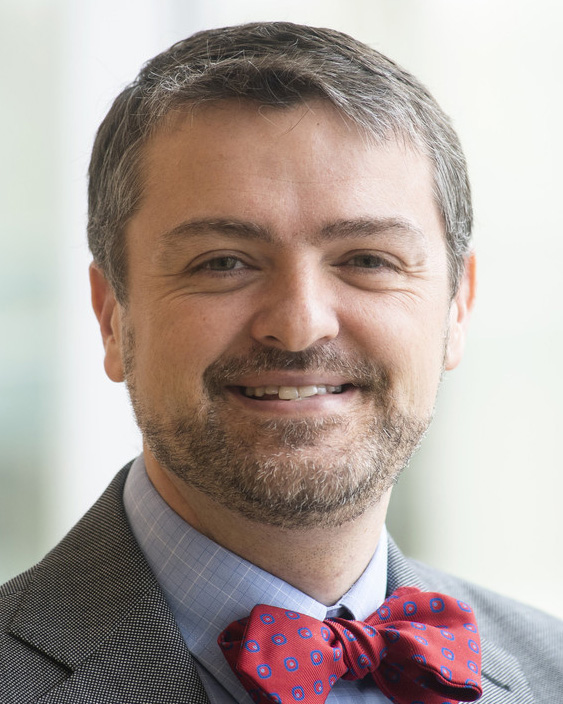 Eric Wallace, M.D., associate professor in the Division of Nephrology, is the senior faculty winner of the 2022 Dean’s Excellence Award in Service.

Wallace was the first to do a telehealth visit for a home dialysis patient and continued to pursue this mode of care to address socioeconomic and geographic barriers to specialty nephrology care. Eventually, through the award of three USDA grants, Wallace has been able to collaborate with all the Alabama County Health Departments to implement state-of-the-art telehealth equipment.

As the medical director of Telehealth at UAB, Wallace instituted inpatient consultations for multiple medical specialties beyond tele-nephrology including tele-ICU, tele-neurology, tele-infectious disease, and tele-stroke to support the need of rural hospitals. Telehealth services were especially vital to handling the surge of COVID cases when hospitals were at full capacity.

Wallace is also a medical science liaison for the Alabama Board of Medical Examiners, overseeing a project dedicated to adding dialysis to the definition of a Medicaid emergency. Other states have already made this adjustment, so this change would give Alabama the same allowance so that health professionals can better address dialysis needs of persons who are undocumented.

Wallace’s efforts have helped uncover digital health disparities, which has encouraged him and his team to begin focusing on increasing access to in-home telehealth. He was asked to join the Governor’s broadband committee to advise on the use of the CARES Act funds as they relate to broadband internet access.