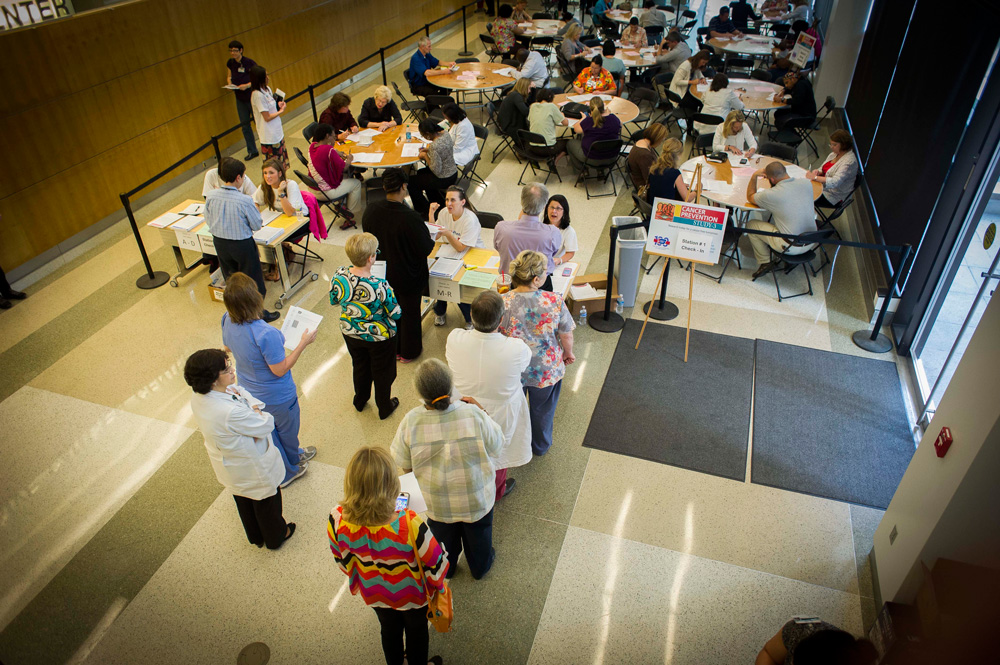 The University of Alabama at Birmingham community came out in full force to support the Cancer Prevention Study-3 (CPS-3), becoming the largest single-site enrollment location in the United States with 1,209 participants. This surpasses the previous record set in Albany, N.Y., where 1,200 people enrolled at one site.

“We’re thrilled to break this national record,” said Edward Partridge, M.D., director of the Comprehensive Cancer Center and past-president of the American Cancer Society. “I’m so proud of the UAB community for showing up and answering the call.”

Partridge had set a goal for UAB to break the single-site recruitment record with at least 1,201 participants. Partridge explained that going beyond that number is exciting, “but I am even more excited at the prospect of what this historic study is going to reveal to us about our understanding of cancer.”

CPS-3 is one of numerous long-term, follow-up studies conducted by the ACS. Previous studies linked cigarette smoking to lung cancer and discovered the link between aspirin use and reduced risk of colon cancer. Feasibility pilot testing for CPS-3 began in 2006, and full-scale enrollment started in 2010. This is the final year of recruitment for the study.

“I would venture to say that this current effort at UAB is one of the most significant enrollments in the history of our enrollment period, and it may very well be what helps push us over our 300,000 goal nationwide,” explained Alpa Patel, Ph.D., principal investigator for the CPS-3 study. “Coming into the UAB enrollment, we had just under 277,000 participants, and more than 1,300 were from the enrollment in Birmingham in 2012.” 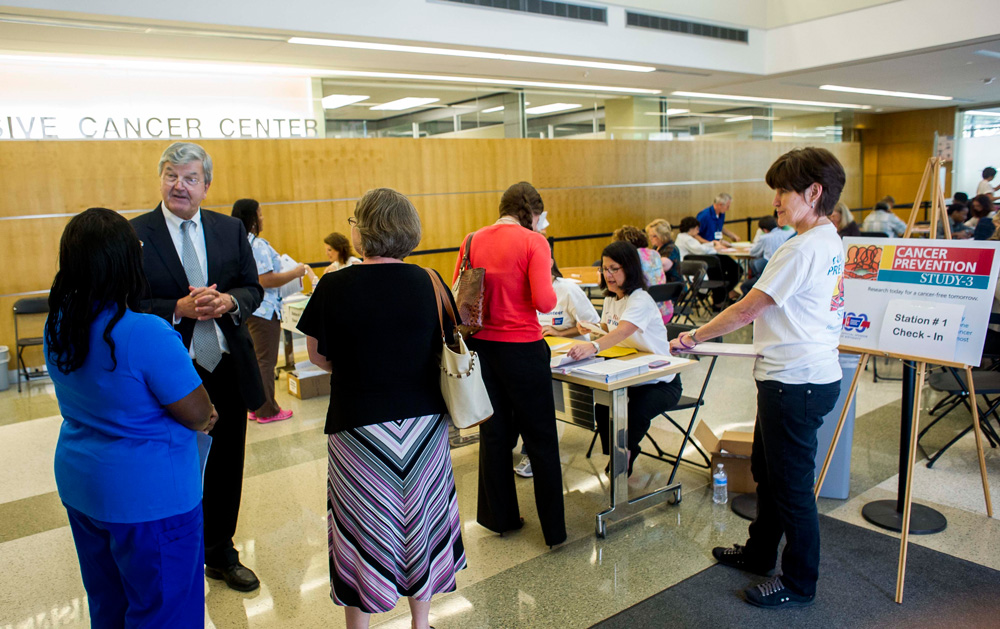 While enrollment will continue through the end of 2013, research on the current data from CPS-3 has already begun.

“You can probably expect to see results coming out of the study within a year, and it will continue for decades and decades,” Patel said.

Partridge echoed that sentiment, adding that what is to come from UAB’s participation in CPS-3 could be the next big breakthrough.

“I’m so thankful to all the participants who have recognized that this monumental study is going to ultimately help fight cancer for generations to come,” he said.