Pollock recognized by APS for excellence in research, mentoring 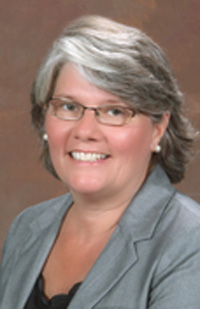 Jennifer Pollock, Ph.D., professor of Medicine and endowed scholar in the Division of Nephrology, recently received the Bodil M. Schmidt‐Nielsen Distinguished Mentor and Scientist Award from the American Physiological Society for her outstanding contributions in both research and mentoring.

Pollock is the 12th recipient of this award, presented each year to a member of the APS who is judged to have made outstanding contributions to physiological research and demonstrated dedication and commitment to excellence in training young physiologists. She has trained more than 100 undergraduate, graduate and medical students, along with postdoctoral fellows, in her 22-year career in academic medicine.

"It is very humbling and overwhelming to have been selected for the APS Bodil Schmidt-Nielsen Award especially because of the involvement of my trainees in the nomination process for this Award,” Pollock said. “I am very honored and appreciative of all the work and efforts from the past and present trainees."

Pollock is co-director of the Cardio-Renal Research section, a translational research program supported jointly by the Division of Cardiovascular Disease and Division of Nephrology. She and her husband, David Pollock, Ph.D., were recruited to UAB in 2013 to create and lead the cardio-renal program. Pollock is also associate director of the Center for Free Radical Biology and a member of the Medical Scientist Training Program steering committee.

“I believe Dr. Pollock’s tremendous success as a mentor and scientist stems from her contagious passion for science, which is an inspiration to all of us in the lab. She is absolutely devoted to the success of all of her trainees, and she selflessly sets aside a great deal time to ensure our individual development as young scientists,” said Brandon Fox, a second-year graduate student in the UAB Medical Scientist Training Program. “It is truly a privilege to train under such a gifted scientist and charismatic leader, and Dr. Pollock’s example will be something I will strive to achieve during my career.”

Pollock’s research focuses on the regulation of nitric oxide in the kidney, especially as it relates to the development of hypertension, diabetes and cardio-renal dysfunction.

According to the APS website, Pollock has been continually funded since 1997, after receiving her first extramural grant as an independent scientist from the American Heart Association. She has been invited to present her research at national and international conferences and at institutions worldwide and has approximately 180 publications to date in many top scientific journals.

Jennifer Sasser, Ph.D., one of Pollock’s graduate students, now an assistant professor of Pharmacology at the University of Mississippi Medical Center, said Pollock’s assistance and encouragement over the last 15 years has been invaluable to her career and personal development.

“Being a part of Jennifer’s lab was one of the greatest experiences of my life. While I am now many miles away and I can no longer just pop into her office at any time, we continue to “talk science,” and she continues to mentor me in so many ways,” Sasser said.

“Jennifer is a true inspiration.  She has an amazing ability to think about science and data in such innovative and significant ways.  She is enthusiastic and encourages us to work hard and push our limits, so that we produce outstanding pieces of work, all while she provides support without micromanaging,” said Kelly Hyndman, Ph.D., an instructor in the Division of Nephrology. “Her energy, creativity, generosity and encouragement seem immeasurable, and these are the qualities that made her the perfect candidate for the Bodil Schmidt-Nielsen Distinguished Mentor and Scientist Award.”

Pollock will be honored during the 2015 Experimental Biology meeting in late March.