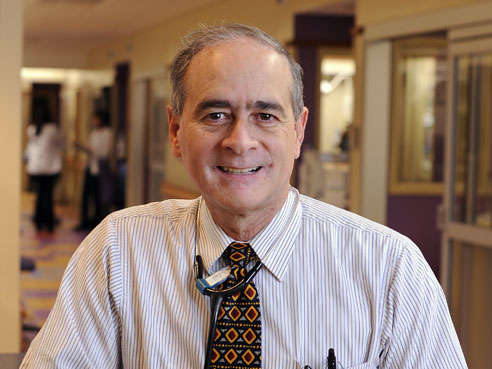 Extremely premature infants born at 22 to 25 weeks of gestation have low rates of survival, and many of those infants who live have severe or moderate neurodevelopmental impairments. Thus, clinicians and families face the extremely difficult decision to either provide active, potentially lifesaving treatment at birth, or just provide comfort care. Furthermore, a wide, unexplained between-hospital variation in survival and impairment rates leaves it unclear whether treatment will be in the infant’s interest.

A paper published May 7 in the New England Journal of Medicine has found that much of that variation in outcomes for infants born at 22, 23 or 24 weeks of gestation is explained by differences in the hospital rates of active treatment.

“A baby born at 23 weeks gestation weighs about 1 pound and is about 12 inches long,” said Wally Carlo, M.D., one of the study authors and director of the Division of Neonatology and Newborn Nurseries at the University of Alabama at Birmingham. “That baby usually will need to stay in the newborn intensive-care unit for four months, and for a portion of that time he or she will need to be on life-support.”

“Clearly there is little consensus about the appropriate policy for treating infants born at low gestational ages, and yet hospital practices regarding the initiation of active intervention have a dramatic influence on rates of survival and survival without impairment,” wrote Neil Marlow, D.M., University College London, in an NEJM editorial that accompanied the research paper.

“This article raises important questions about what information should be given to parents during counseling about risks after an extremely preterm birth,” Marlow wrote in his editorial, titled The Elephant in the Delivery Room. “To give crude data on the survival rate among all such infants, regardless of whether treatment efforts were made, is misleading and helps to make poor survival a self-fulfilling prophecy.”

Active treatment for the extremely premature infants also makes a difference. The actively treated babies born at 22 weeks had a survival rate of 23.1 percent and a survival without severe impairment rate of 15.4 percent.

The 24 hospitals in the study are all members of the Eunice Kennedy Shriver National Institute of Child Health and Human Development Neonatal Research Network.