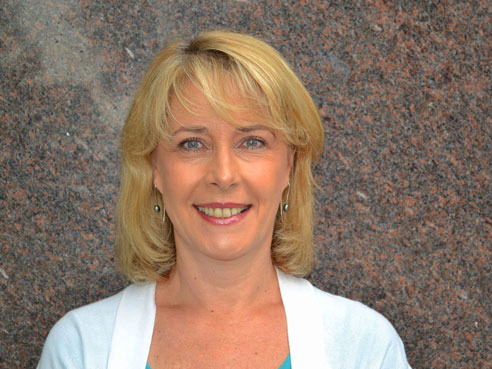 Long-term administration of a drug that mimics the hunger-signaling hormone ghrelin protected Alzheimer’s disease-model mice from memory deterioration, despite a high-glycemic-index (GI) diet, according to research published in the journal Scientific Reports by University of Alabama at Birmingham investigator Inga Kadish, Ph.D., and colleagues.

Kadish, the senior author of the UAB paper, showed in 2013 that long-term (four months) administration of the ghrelin agonist — an experimental drug from Eli Lilly and Company that binds to the ghrelin receptor and produces an even greater response than ghrelin — protected Alzheimer’s disease-model mice from memory deterioration. The current paper expands that research by including a possible risk factor for Alzheimer’s disease, the high-GI diet.

“With chronic diseases like diabetes and Alzheimer’s, you
need to do a long-term study,” said Kadish, an assistant professor
in the Department of Cell, Developmental and Integrative Biology, UAB School of Medicine. “So we did the long-term experiment with the worst-case scenario, a high-GI diet. Alzheimer’s disease has 10 or 20 risk factors, and some of the strongest risk factors are diabetes or metabolic syndrome.”

In contrast to short-term administration of the ghrelin agonist drug — which impairs insulin sensitivity and glucose tolerance, which are signs of metabolic syndrome and diabetes — the researchers found that the long-term ghrelin agonist treatment did not impair insulin signaling and glucose tolerance in Alzheimer’s disease mice fed a high GI diet.

The Alzheimer’s disease-model mice have three mutations in the amyloid beta (A4) precursor protein that have come from human families in Sweden, the Netherlands and Iowa that have familial Alzheimer’s. These mice show a deterioration in spatial learning as they age — in other words, they get lost when trying to swim to a platform hidden just beneath the water surface that they previously were trained to find in a 4-foot-wide pool.

The test mice fed with the ghrelin agonist and the high-GI diet showed long-term cognitive enhancement in this water maze test, as compared to the mice fed with a normal diet or high-GI diet only. The test mice also showed more activity and reduced body weight and fat mass. The test mice also showed a beneficial impact of the long-term ghrelin agonist treatment on insulin signaling pathways in hippocampal brain tissue. Alzheimer’s patients show significant shrinkage of the hippocampus, a part of the brain cortex that has a key role in forming new memories.

First author of the paper, titled “Ghrelin agonist does not foster insulin resistance but improves cognition in an Alzheimer’s disease-mouse model,” is Nicolas Kunath, M.D., of the Max Planck Institute in Munich, Germany, who came to UAB as a visiting student for five months. Co-authors are Thomas van Groen, associate professor, Ashish Kumar and Monique Dozier-Sharpe, all in the UAB Department of Cell, Developmental and Integrative Biology; and David B. Allison, Ph.D., director of the UAB Nutrition Obesity Research Center and Office of Energetics, and professor in the UAB School of Public Health.

This paper from the Kadish lab is one piece of a much larger research effort at UAB, Allison says.

“These new results are an important part of a larger ongoing project for which we received a rare ‘Transformative R01 Grant’ from the National Institutes of Health,” Allison said. “The overall project tests whether perceptions of one’s environmental circumstances that relate to security of ability to obtain food energy and social disparity affect fatness and the fundamental rate of aging. Our longitudinal studies are starting to yield exciting findings in multiple species.”

That $8 million TR01 initiative at UAB, supported by the NIH Common Fund’s High Risk-High Reward program, was awarded in 2012.