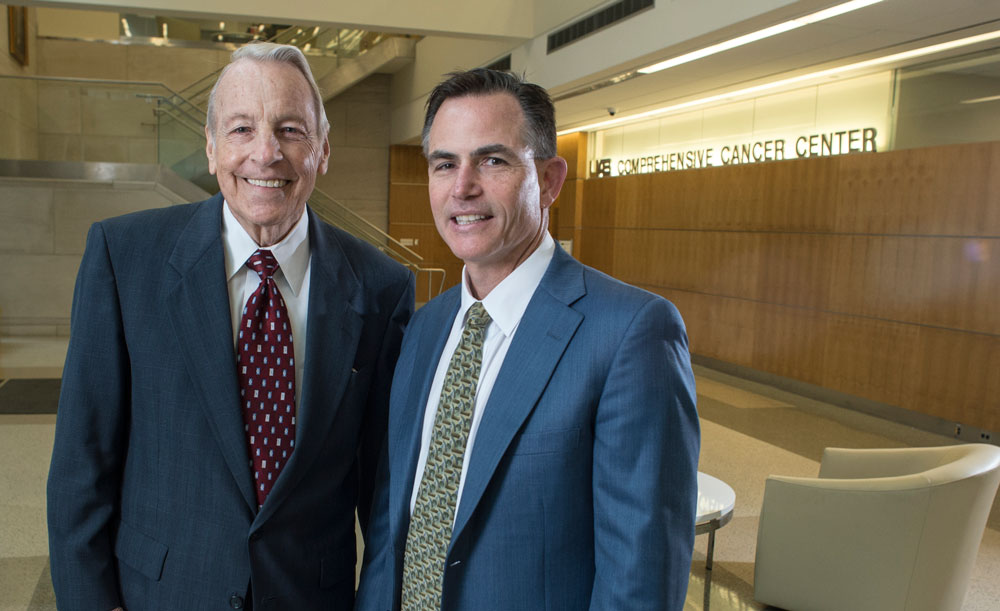 Heslin is the inaugural recipient of the award, which will hereafter be presented annually to a full-time faculty member who exemplifies qualities that Brewer believes are central to professionalism, including dedication to providing highly skilled and compassionate medical care to patients, and supporting access to care for all people; honesty and integrity in all matters; respect for all members of the health care team, including the patient and his or her family; and dedication to lifelong learning through the pursuit of new knowledge, and to sharing that knowledge with physicians in training as well as patients and the public.

Brewer was serving as Alabama’s lieutenant governor when he assumed the governorship in May 1968 upon the death of Governor Lurleen Wallace. During his term, UAB became one of the three universities in the new three-campus University of Alabama System. Brewer returned to his law practice after leaving the governor’s office and later served as distinguished professor of law and government at Samford University’s Cumberland School of Law, where he is currently professor emeritus.

“One of the courses I taught at the Cumberland School of Law was in professional responsibility,” Brewer said. “Dr. Heslin was a surgeon of mine some years ago, and I was impressed with his professionalism — not only with his competence and his relationship with me as his patient, but also with his interactions with the nurses and orderlies, as well as his residents and colleagues.”

While he considered a number of philanthropic options, Brewer decided that he wanted make a gift that honors the qualities that had so impressed him about Heslin. 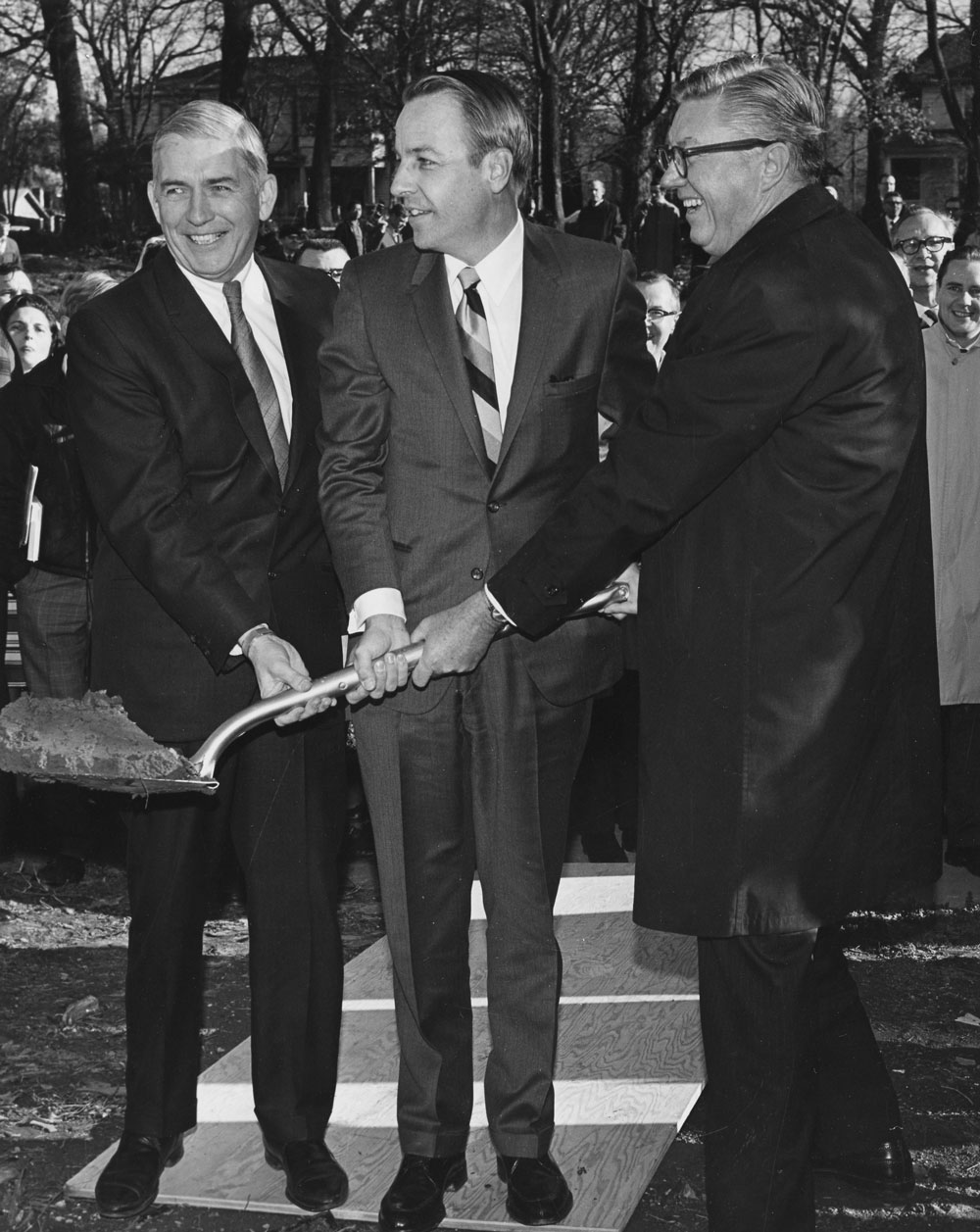 Former Gov. Albert P. Brewer (center) with Joseph A. Volker (left), president of UAB, and George W. Campbell, dean of the College of General Studies, at the groundbreaking ceremony for a new UAB academic campus on January 30, 1970.“I have some background with the medical school from my days in public service and also personally, so I began thinking about a way I could show my appreciation for and enhance the mission of the school,” Brewer said. “Someone mentioned that the medical school is emphasizing professionalism in its training, and that Dr. Heslin is a leader in that effort, so the gift just naturally flowed from there.”

“It is a great honor to be recognized by Governor Brewer, and that he felt moved to create this award after the care he received at UAB,” said Heslin, who serves as associate director for clinical programs of the UAB Comprehensive Cancer Center and chief of the medical staff of UAB Health System. “By all standards, the Governor is a rare individual who has epitomized professionalism his entire career. I am very grateful to him for such a positive gesture to be given to the UAB School of Medicine, and quite humbled to be the first recipient.”

“Professionalism embodies so many of the traits that we admire in physicians: integrity, bedside manner, the ability to work within teams, the ability to be honest with patients even when it’s difficult, and the drive to continually improve oneself,” said Selwyn M. Vickers, M.D., F.A.C.S., senior vice president for medicine and dean of the School of Medicine. “I think this award highlights how important it is for today’s physicians to have not just the knowledge, but also the character to apply that knowledge in a manner that benefits their patients and supports their colleagues. This is a great honor for Dr. Heslin and future recipients, and we are deeply grateful to Governor Brewer for making it possible.”