by Shannon Thomason
Rollin’ In The Hay is a high-octane, groove grass/bluegrass Americana band from Birmingham, Alabama. Reserve a spot online for the concert. 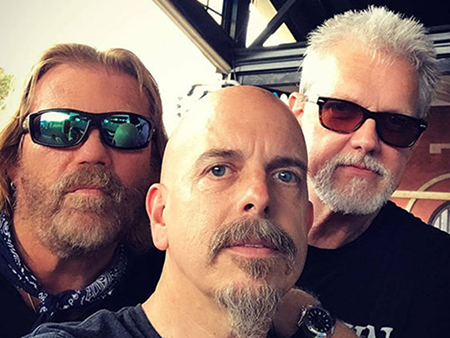 Mark your calendar for Thursday, April 15, and join UAB’s Alys Stephens Performing Arts Center on the virtual dance floor for a free streamed concert by Rollin’ In The Hay.

Rollin’ In The Hay is a high-octane, groove grass/bluegrass Americana band from Birmingham, Alabama, touting themselves as “picking and grinning with a touch of down-home foot-stompin’.” Long considered one of the forerunners of the “Newgrass” revolution in America, these savvy veterans have been thrilling fans coast to coast for years.

The concert will start at 7 p.m. It is free and open to the public, but participants must register to receive the link. Reserve a spot online. Visit AlysStephens.org for more information.

Founded in 1993, Rollin’ In The Hay first performed in local clubs in 1994; the band is listed in the Alabama Music Hall of Fame as “Music Achievers.” Opening for everyone from Greg Allman, Moe, Charlie Daniels, The Doobie Brothers, Jerry Douglas and Alabama to Widespread Panic, the unique sound of “the Hay” keeps fans coming back for more.

The band has self-released six CDs and done 15 nationally released instrumental tributes, called the “Pickin’ On” series. In 2001, they were a featured band on the “Pickin’ on Widespread Panic: A Bluegrass Tribute” album and also appeared in the 2002 follow-up, “Pickin’ on Travis Tritt: A Tribute.” In 2012, they performed at the Bonnaroo Music Festival. With the approval of the band, fans have shared lots of live “bootleg” shows online.