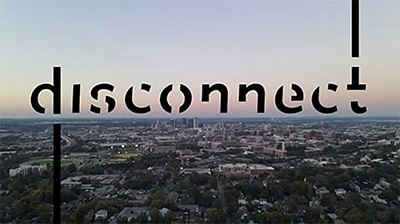 “Disconnect” was created and presented at the University of Alabama at Birmingham by the College of Arts and Sciences’ Department of Theatre in fall 2020. This new work was created by an ensemble of students, dubbed “The Collective,” and led by faculty Lee Shackleford, MFA, and Roy Lightner, MFA. The participants of The Collective determined the content and form of the performance. It is a combination of live and recorded media and is largely student-driven, taking advantage of the virtual spaces created this year. It also features students’ choreography and original songs written by students and was co-directed by student David H. Parker.

The KCACTF is a national theater program involving 18,000 students annually from colleges and universities across the country.

The national KCACTF awards to “Disconnect” include:

KCACTF also awarded “Disconnect” with a Kennedy Center Citizen Artist Award, which recognizes programs in higher education using theatrical production to promote long-term societal impact through an artistic lens, to encourage empathetic exploration of the complex cultural and physical world, and to advocate for justice on campus and throughout the world. UAB was among 29 schools honored with Citizen Artist Awards.

“During these unprecedented times, we celebrate these imaginative and evocative theater-makers and productions as being at the forefront of a revolution in artistry that ignites conversations of national importance through innovation in process, content, form, design, technology, outreach, and audience engagement,” KCACTF officials wrote in the award notifications.

In a KCACTF review from Feb. 6, 2021, the critic Bianca Utset declared, “‘Disconnect’ is necessary today, giving us a chance to recognize our own hypocrisy. It holds a mirror up to the viewer and asks them if they recognize themselves in these characters. There is something for everyone to relate to in ‘Disconnect,’ and shows like these are what make theater so adaptable and timely.”

Ingeniously blending live action and prerecorded scenes, “Disconnect” gives the audience access to the private online conversations of a dozen college students as they navigate a night of mistaken identities, bold revelations and conflicting values. The show is truly “multiplatform” thanks to students who posted to social media as the characters.

“Professors Roy Lightner and Lee Shackleford deserve a standing ovation for the work they did with our students on this production,” said Professor Kelly Allison, MFA, chair of the UAB Department of Theatre. “The students in The Collective did some outstanding work for this devised production.”