When it comes to clearing arteries – sex may play a part

Gender may play an important role when choosing treatment options for clearing dangerously clogged arteries, according to a new study from researchers at the University of Alabama at Birmingham School of Public Health. 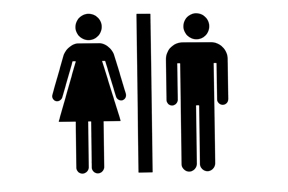 The researchers say the short-term risk of stroke after carotid artery stenting (CAS) is more than double for women when compared with the traditional carotid endarterectomy (CEA), in findings reported online May 9, 2011, in The Lancet Neurology; little difference was reported between the two procedures for men.

The study is part of the Carotid Revascularization Endarterectomy vs. Stenting Trial (CREST), one of the largest, randomized stroke-prevention trials in history. Virginia Howard, Ph.D., UAB associate professor of epidemiology and lead author, says this will help provide more information to patients and the doctors choosing between procedures.

CREST recruited 2,502 patients from 117 centers in the United States and Canada. The trial compared the use of the CEA and CAS procedures. Howard says use of CAS as an alternative to CEA is a relatively new procedure and primarily is used in patients for whom surgery is considered high-risk. The American Heart Association estimates that approximately 91,000 CEA procedures were performed in 2007, and 11,000 CAS procedures.

“The importance of these findings relate to the fact that CEA together now with CAS are the most frequently performed procedures to prevent stroke,” Howard explains.

Jenifer Voeks, Ph.D., UAB assistant professor of epidemiology and lead statistician on this study, says because women bear the greater burden from stroke, the gender aspect was important to explore.

“In previous trials of these procedures, women were under-represented. But in the CREST study, we have one of the largest numbers of women — 872 out of 2,502 participants or 35 percent,” Voeks points out.

Howard says further study is needed with additional gender-based subgroups with different risk factors to definitively answer whether sex is an important factor in the selection of revascularization techniques.

The National Institute of Neurological Disorders and Stroke of the NIH funded this study with supplemental support provided by Abbott Vascular Solution.