by Shannon Thomason
Bring blankets, chairs and picnics for the 7 p.m. concert, then stay to watch the fireworks show from atop Red Mountain. 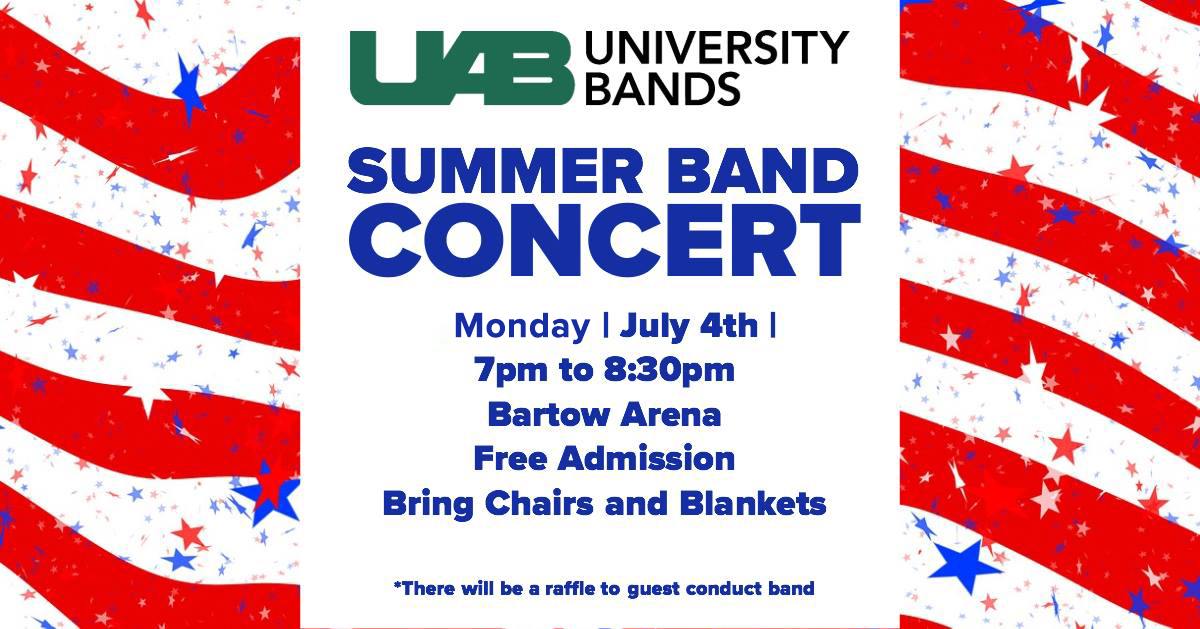 Come to the University of Alabama at Birmingham’s Bartow Arena on Monday, July 4, for a free outdoor concert of patriotic music celebrating Independence Day, then stay to watch the fireworks show from atop Red Mountain.

The concert will begin at 7 p.m. Audience members are encouraged to bring chairs, blankets and picnics to enjoy during the concert. Attendees will also have the chance to participate in a raffle to conduct the band playing “Stars and Stripes Forever” for the grand finale. The fireworks show will begin at 9 p.m.

The concert is presented by the College of Arts and Sciences’ Department of Music. The UAB Summer Band features approximately 60 people, including UAB faculty, students and alumni, as well as professional and amateur musicians from the community. Some members have played with the group for more than 15 years. The group has been rehearsing weekly since Memorial Day. UAB Director of Bands Sean Murray, Ph.D., will conduct, along with Assistant Director of Bands Cara Morantz, Ed.D., and several other guests.